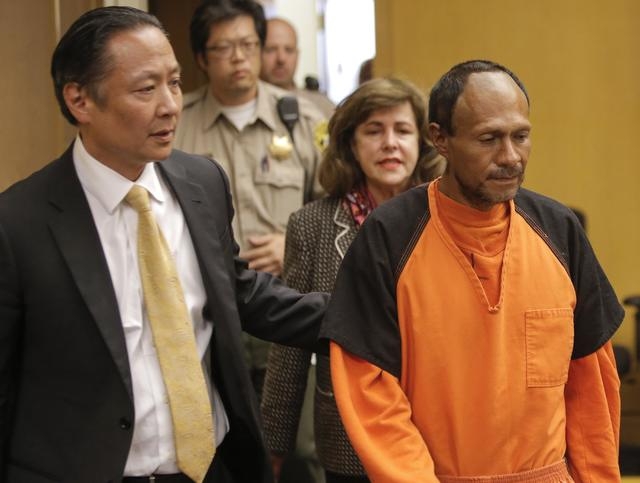 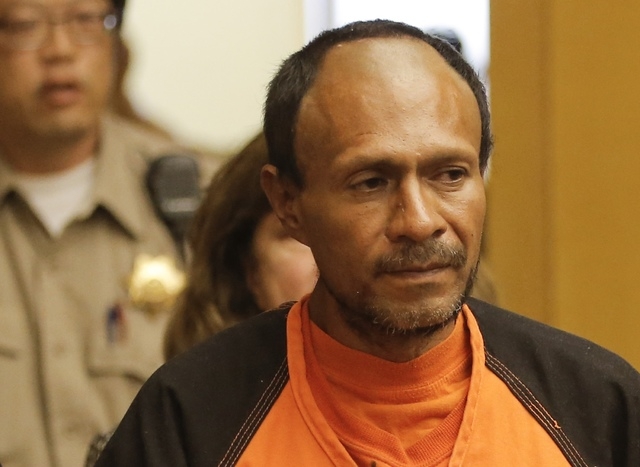 Juan Francisco Lopez-Sanchez is led into the Hall of Justice for his arraignment in San Francisco, California July 7, 2015. (REUTERS/POOL/Michael Macor) 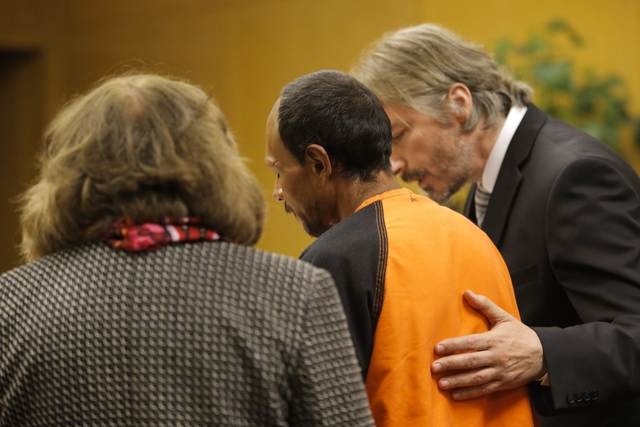 The gun used in the killing of a San Francisco woman in a case that gave new political prominence to the issue of illegal immigration was stolen from a vehicle belonging to a federal Bureau of Land Management agent, a source familiar with the investigation said Wednesday.

Kate Steinle was shot to death on July 1 on one of San Francisco’s busiest piers.

The .40-caliber pistol was a personal weapon, not an official firearm, the source said. Investigators still are trying to determine how Juan Francisco Lopez-Sanchez, the man accused in Steinle’s killing, allegedly obtained the weapon, according to the source.

Earlier, a source close to the probe told CNN that the gun belonged to a federal agent.

The San Francisco Chronicle reported this week that the weapon was stolen in a car burglary in June, citing sources close to the investigation.

Lopez-Sanchez told CNN affiliate KGO-TV that he fired the weapon, but it was an accident. He said he’d found the gun wrapped inside a T-shirt before it accidentally went off.

It was not clear if Lopez-Sanchez understood all the questions posed in English and Spanish during the KGO interview. He appeared disoriented and gave contradictory answers about what had happened and how he felt.

Lopez-Sanchez is an undocumented immigrant and a repeat felon who has been deported to Mexico five times, according to immigration officials.

The case has drawn the attention of presidential candidates and brought a renewed focus on U.S. immigration laws and the role local authorities should play in enforcing them.

The key question is whether San Francisco’s policies set the stage for the shooting by putting a criminal on the streets instead of delivering him into the hands of federal authorities who could have deported him again.

In an interview Tuesday with CNN, Democratic presidential hopeful Hillary Clinton said San Francisco should have listened to the Department of Homeland Security and made a mistake when it didn’t send Lopez-Sanchez packing.

“I have absolutely no support for a city that ignores the strong evidence that should be acted on. … If it were a first-time traffic citation, if it were something minor, a misdemeanor, that’s entirely different,” she said. “This man had already been deported five times. And he should have been deported at the request of the federal government.”

Immigration and Customs Enforcement said Lopez-Sanchez has seven felony convictions, four for drug offenses. His most recent deportation was in 2009.

On Tuesday, Lopez-Sanchez pleaded not guilty to murder and weapons charges. His bail was set at $5 million.