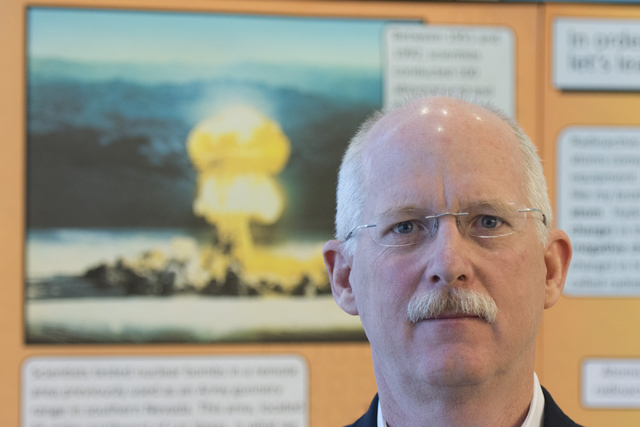 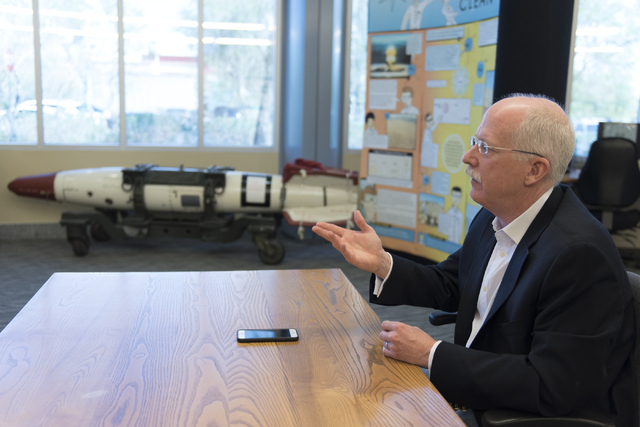 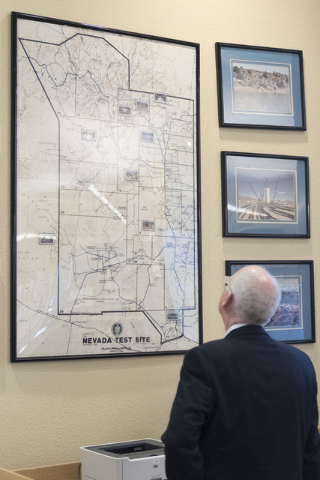 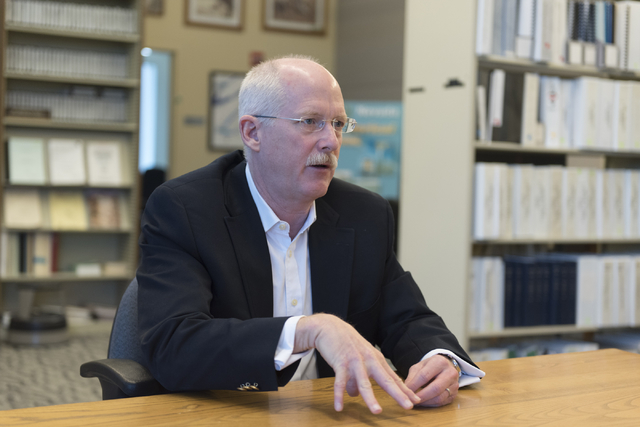 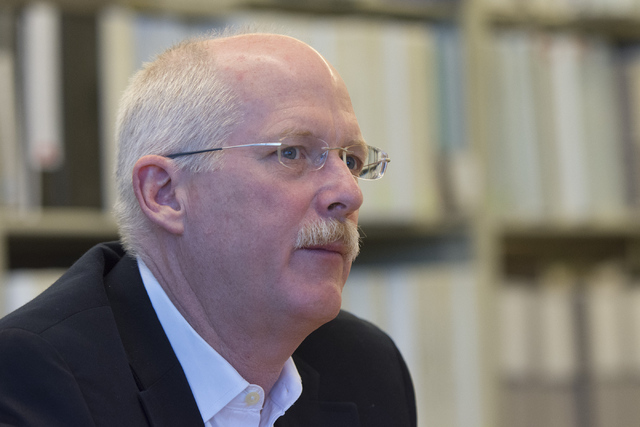 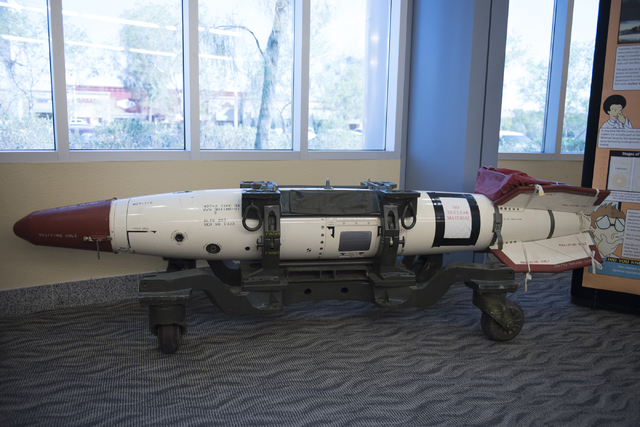 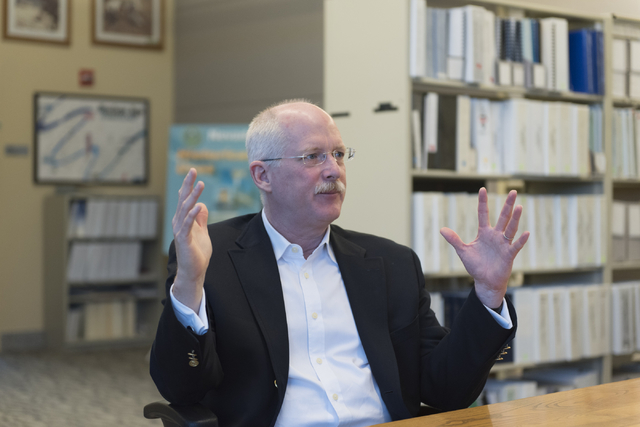 The United States is inching closer to the day when full-scale nuclear weapons tests are banned forever, the U.S. ambassador to international missions in Vienna says.

He discussed the issue in Las Vegas of possible Senate ratification of the 20-year-old Comprehensive Nuclear-Test-Ban Treaty after he saw the twisted steel and massive Sedan Crater left by atomic bomb blasts at the Nevada National Security Site last week.

“We are aiming toward ratification,” U.S. Ambassador Henry S. Ensher said Tuesday in an interview at the National Atomic Testing Museum.

“My visit here means that we’re working with international partners to create the environment in which the treaty might be ratified,” he said. “So we’re looking forward to the day when we might get some of my foreign colleagues, who work with me in Vienna, out to the site so they can better understand the necessity, the importance of ratifying the treaty.”

Ensher, 56, is in charge of U.S. missions to international organizations in Vienna. They include the Comprehensive Nuclear-Test-Ban Treaty Organization and the International Atomic Energy Agency. He is a career member of the Senior Foreign Service with previous assignments in Algeria, Afghanistan and Iraq.

His visit to the security site, 65 miles northwest of Las Vegas, follows a historic one in November by Lassina Zerbo, head of the Vienna-based “preparatory commission” for the Comprehensive Nuclear-Test-Ban Treaty Organization. Zerbo was the first foreign national to get such a firsthand look at how the treaty can be verified with United States relying on science-based technology to ensure U.S. nuclear weapons are safe and reliable.

The former Nevada Test Site was the Cold War battleground for demonstrating the effectiveness of nuclear weapons to deter their use by adversaries. One-hundred full-scale atomic tests were conducted in the atmosphere after the test site became the continental proving ground in 1951. A treaty in 1963, restricted nuclear testing to below ground, a practice that continued with hundreds more detonations until such large ones that erupt into nuclear chain-reactions were put on hold indefinitely in 1992.

“It’s clear that this is an immense amount of power that we have to have as long as others do,” Ensher said.

He noted, however, that he can “readily understand why so many reasonable people say that we ought to get rid of those weapons once and for all.”

Although the United States ceased full-scale nuclear tests in 1992, the door was left open to resume them. The United States signed the Comprehensive Nuclear-Test-Ban Treaty in 1996 but the Senate rejected ratification the last time it took up the issue in 1999.

Potential nuclear-capable countries such as India, Pakistan and North Korea haven’t signed the treaty. Like the United States, China, Iran and Israel have signed but not ratified it. The other 164 countries that have ratified it are getting impatient, according to Zerbo.

Ensher said because the United States hasn’t ratified the treaty it gives others countries “an excuse” not to ratify it as well.

If the U.S. Senate would ratify the treaty, he said others would probably do so. There is “a really good chance” that China, for example, would follow suit. “They want to stay very much in the mainstream. They want to be thought of as a great power. They want to be seen as the full equal of the United States of America,” he said.

As for India and Pakistan, “we would be in a much better position to insist (they) come into compliance with international norms,” he said.

He believes there is a “pretty good chance” Iran would ratify the treaty if the U.S. Senate did so.

As for Israel, Ensher said he doesn’t know. “The Israeli security situation, honestly, is so unique and so difficult, particularly in the current environment, I’m really not sure.”

Among the developments at the recent Nuclear Security Summit in Washington is the upcoming launch in September of Project Mercury, that will bring international law enforcement officials to train at the security site on how to prevent and deal with terrorists’ use of so-called “dirty bombs” that could disperse radioactive materials over a targeted area.

“That’s a huge national resource that we ought to maximize the use of” and invite international partners to participate in that training,” Ensher said.