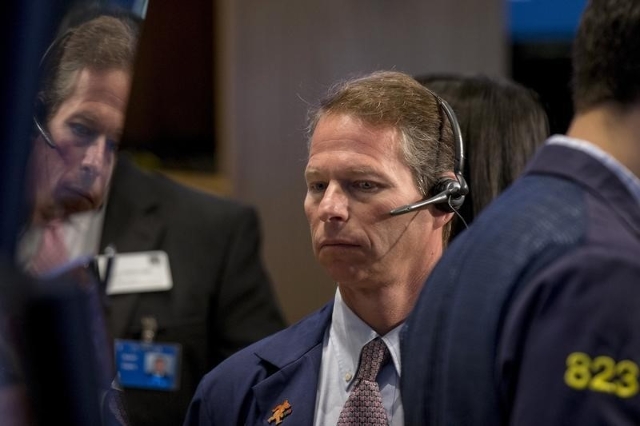 Apart from the state of the world economy, the Fed cited financial market volatility and sluggish inflation at home in its decision on Thursday, while leaving the door open for a modest policy tightening later this year.

An economic environment in which the Fed feels it can’t end the era of near-zero interest rates is not one likely to foster the kind of earnings growth needed to support stocks at their current, above-average valuations.

Despite recent declines, the S&P 500 is still trading near 15.6 times forward 12-month earnings, above the 10-year median of 14.7 times, according to Thomson Reuters StarMine data.

Third-quarter earnings are already expected to decline 3.7 percent, according to Thomson Reuters data.

“Investors are wrestling with how concerned they should be regarding global growth,” said Jeremy Zirin, chief equity strategist at UBS Wealth Management.

“The Fed has introduced a quasi third mandate about the global growth, apart from the labor market and inflation.”

Nine of the 10 major S&P sectors were lower with the energy index’s <.SPNY> 1.73 percent fall leading the decliners as oil prices declined after the Fed’s comments. Exxon

Investors are now focusing on the Fed meeting on Oct. 27-28 as the next chance for the central bank to raise interest rates for the first time since 2006.

A growing number of economists, including those at Morgan Stanley and Barclays, are now wondering whether the Fed will raise rates at all this year.

“Investor uncertainty will continue and each economic data point and other news out of China will be sliced and diced,” said Keith Lerner, chief market strategist at SunTrust Bank in Atlanta.