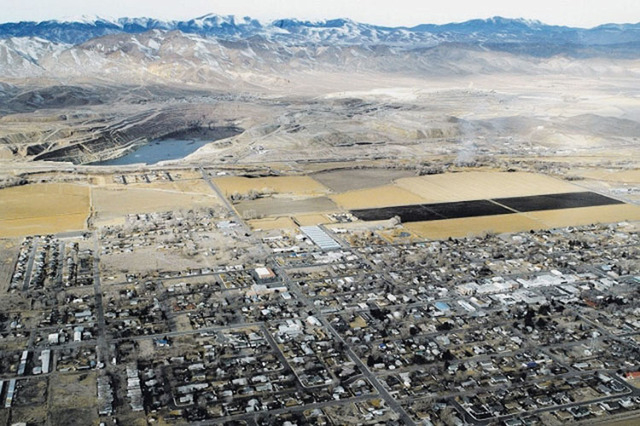 The water crisis in Flint, Michigan, has gone national with blanket media coverage. The problem is as plain as the brown muck that’s been flowing from kitchen faucets.

President Barack Obama and a long slate of lesser political figures have sounded the alarm and weighed in on the subject with promises to devote expertise and resources to resolve the health threat. And, in the meantime, there will be plenty of bottled water for folks who call Flint home.

Although you won’t find nearly the degree of political hand-wringing and media analysis, there’s no shortage of environmental crises in Nevada.

Residents and regulators have been battling for more than 15 years over the cause of massive uranium contamination of groundwater in wells near Yerington. Unofficially, the signs pointed to a World War II-era copper mine, which eventually qualified for Environmental Protection Agency Superfund status as residents of the farming community increasingly were forced to use bottled water. Known in later years as the Anaconda after its corporate owner, the Mason Valley mine produced 1.7 billion pounds of copper from 1952 to 1978 in a state with a long tradition of politically protecting and publicly defending the mining industry.

But Mason Valley also has a proud agricultural heritage, one that was put at risk by the ruination of part of the groundwater system.

It wasn’t until 2009 that the mine was officially named as the cause of the toxicity, and some area residents won a $19.5 million settlement from companies they accused of covering up the contamination.

In addition to the ruined property values, the EPA estimated more than $30 million would be needed to address immediate health and safety concerns. Some Nevada politicians like to talk tough about not wanting federal agencies to tread on the state’s business, but this issue is far larger than anything state agencies can handle.

It receives sparse media coverage outside an immediate area. For that matter, the contamination caused by the Rio Tinto Mine spill didn’t cause much of a stir outside Elko County.

Although the Department of Justice, EPA and Nevada Division of Environmental Protection secured a $25 million agreement from four companies for the cleanup of toxic tailings associated with the Rio Tinto copper mine, it took more than two more years to secure the funds. The Shoshone and Paiute Tribes of Duck Valley also played an integral role in the settlement.

Under the terms of the agreement, Mill Creek and a section of the Owyhee River would be cleaned up, the mine debris removed and the habitat of the redband trout restored.

At the time, a relieved Shoshone Tribal Chairman Terry Gibson said, “To the Shoshone Paiute people, the redband trout is not merely a species to be considered; it is a cultural resource. And the habitat for the trout must be protected as well. The cleanup effort at the Rio Tinto Mine is very encouraging, and is an essential step to restoring and protecting these cultural resources, not only for today, but for generations to come.”

Although all parties appeared publicly satisfied with the outcome, it leaves you to wonder how much damage was done in the years leading up to the agreement.

These egregious examples are two of many points of environmental interest.

It’s not news that Nevada is the nation’s driest state. It’s long past time the state became proactive in its protection of those precious water resources. Since there’s little prospect of that given the current political climate and the traditional power players in the state, I’d suggest the next best thing.

The next time you venture out across the beautiful big empty, make sure you bring along plenty of bottled water.