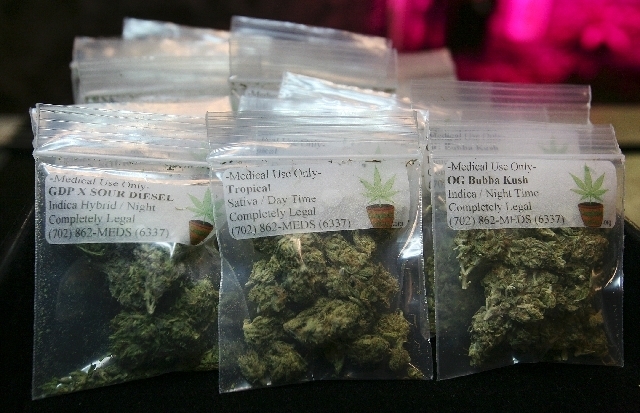 CARSON CITY — Nevada tokers won’t get a chance before the November 2016 election to join their friends in Colorado and Washington and vote to legalize the recreational use of marijuana by adults.

Mason Tvert, communications director for the Marijuana Policy Project in Denver, said the potential lack of campaign funds likely will prevent his organization from launching a petition drive to put a marijuana legalization ballot question before voters next year. By waiting until 2016, he said the organization believes there is even a greater likelihood that voters will back legal marijuana.

Still Tvert predicted a ballot question to treat marijuana like alcohol would pass if it were on next year’s ballot. He pointed to a poll his organization commissioned earlier this year that found 54 percent of Nevadans support legalizing marijuana.

Until the passage of marijuana legalization measures in Colorado and Washington in November, Nevada had been the state that the Marijuana Policy Project eyed as the first that would legalize marijuana.

The organization secured 39 percent of the vote in 2002 when it first put before state voters a proposal to legalize marijuana for adults. It tried again in 2006, and 44 percent of voters backed legal marijuana.

Gathering petitions and fending off legal challenges can cost more than $1 million.

“Given the costs, is it worth trying in 2014 and getting 49.9 percent of the votes when if we wait until 2016 and get well over 50 percent?” asked Tvert, who worked on the campaign in Colorado last year.

He expects that by 2017 as many as seven states will have legal marijuana. Rhode Island, Alaska, Maryland and Hawaii could be the next states legalizing pot, he added.

Assemblyman Joe Hogan, D-Las Vegas, introduced a bill to legalize marijuana during the 2013 session. While the bill received a lot of support during a hearing, the Assembly Judiciary Committee let it die without a vote.

Assemblyman Andrew Martin, D-Las Vegas, testified that Nevada could secure $470 million a year in tax revenue for schools if it legalized and taxed marijuana. Police opposed the bill, contending it would lead to more accidents and many children gaining access to the drug.

Hogan said Wednesday that he will not seek re-election to a sixth term in the Assembly, but believes there are others who will introduce legalization bills in the next session in 2015.

He is not convinced that most Nevadans favor legal marijuana, but believes they would back such a change if the tax proceeds were earmarked for education.

“The thing that will put it over the top is how critical it is to generate additional funds for education,” said Hogan, who said he never has tried marijuana.

Possession of minor amounts of marijuana in Nevada now is a misdemeanor subject to a $600 fine and court costs.