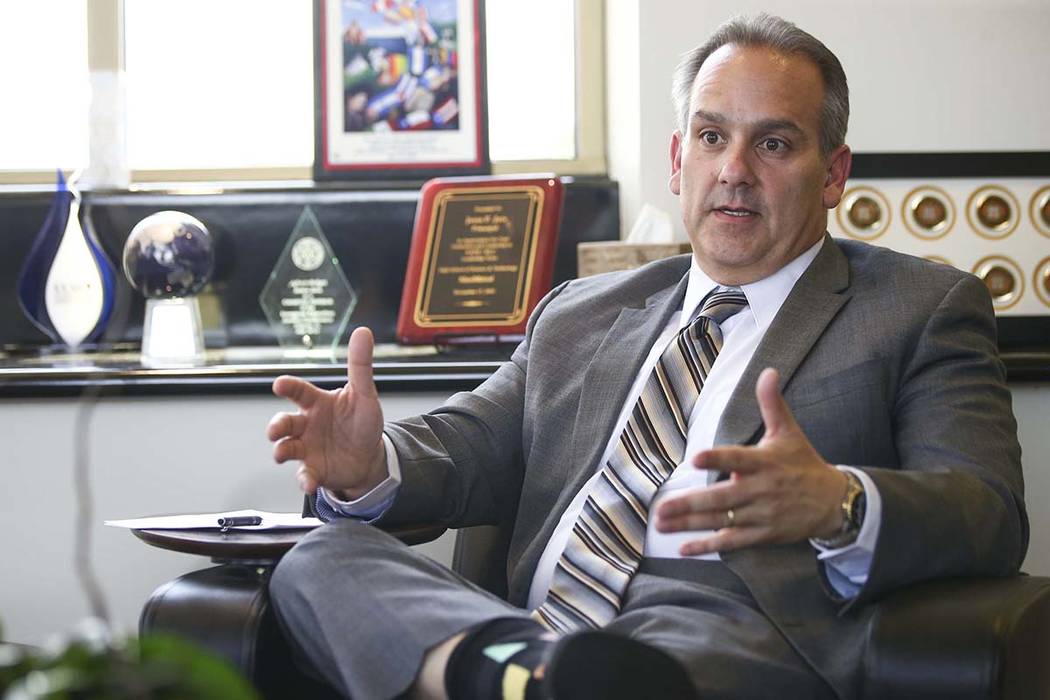 If the Clark County School District gets more money from the Legislature, can it spend responsibly?

That’s the age-old question that crops up whenever Nevada talks about funding education. Fiscal irresponsibility is a strong source of mistrust between the state and the district.

And this month, the question arose yet again with a Facebook post from former school police officer Mike Thomas that detailed an anonymous letter blaming “substitute administrators” in the human resources department for sucking dollars out of the school system.

This school year alone, the district has paid $84,129 as of April 11 to 10 different substitute administrators in human resources who’ve already retired from the district — meaning they’re already collecting a pension. All but two work solely on “special projects.”

That’s enough to pay for a teacher, or even a few support staff members.

To be fair, there’s a limited amount you can earn from a public employer in Nevada if you’ve already retired from another public entity.

But although the payments aren’t massive — they range from $609 to $15,720 — it’s the principle of the matter. Seeing those dollars go to retired people in the central office easily ruffles feathers.

In a statement, the district said that it can be more cost-efficient to hire a substitute administrator as opposed to hiring a full-time employee, which adds on the cost of benefits.

“Human Resources recruits, screens, and helps to hire hundreds of employees each year, especially in the spring, when we are preparing for the upcoming school year,” the district said.

Substitutes are also used to fill temporary vacancies when an employee is out sick or on maternity leave, according to the district.

But it’s unclear how much those 10 administrators help with hiring people and filling vacancies — special projects have included working on scoring rubrics, conferencing with substitutes who are experiencing difficulties, interviewing substitute applicants and contacting job applicants for additional information, according to the district.

Perhaps this is just one of many aspects of the district’s operations that Superintendent Jesus Jara may fix, given the recent report by the Council of Great City Schools that highlighted inefficiencies throughout the district.

One issue: too many cooks in the kitchen.

In some departments, supervisors were in charge of only one person, creating bloated staffing layers.

“The team saw no evidence that department organizational structures and workflows had been examined, and if staff and positions could be repurposed to achieve operational efficiencies and effectiveness,” the report found.

Human resources in particular appears to place a low priority on filling vacant support and skilled trade positions, including plumbers, carpenters and electricians, the analysis concluded.

David McKinnis, Bellagio vice president of property operations, will join the district as the new chief of facilities. The current associate superintendent of facilities, Blake Cumbers, will remain on the job through June 30.

Jara also has stressed the need to build trust in the district throughout the community — especially when it comes to spending money.

So with his new changes, will that happen?