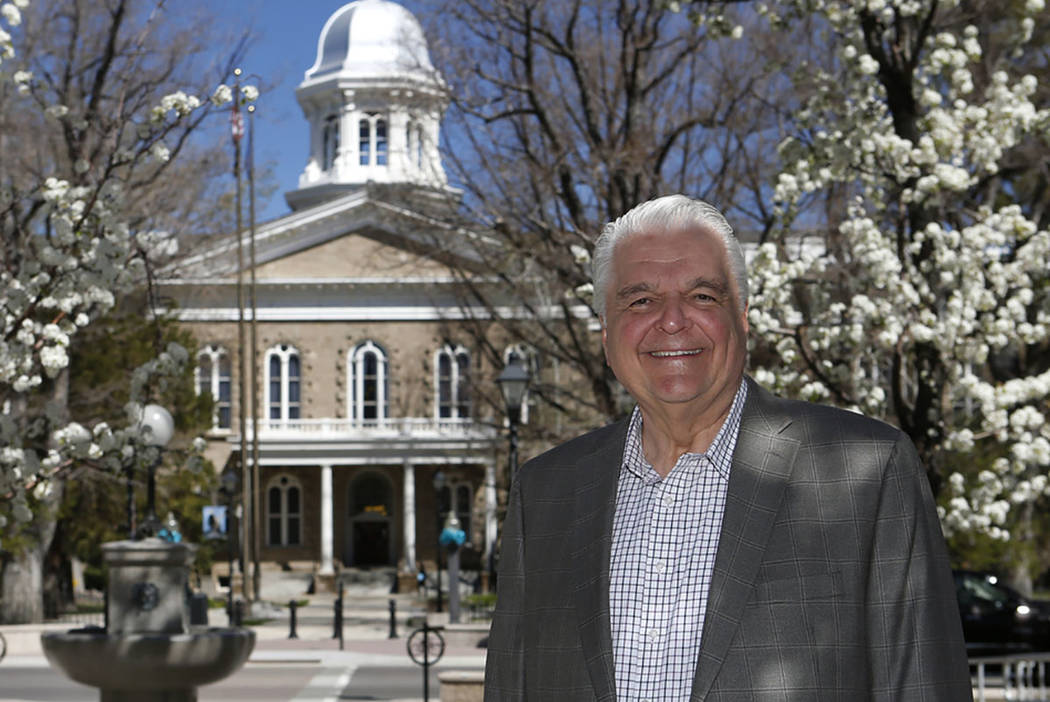 A 3 percent raise for public education employees in the state budget sounds like a pretty sweet deal.

But according to Washoe and Clark County school districts, even with the extra money the governor has added to the budget, they would still be projecting a deficit for next school year if they paid it. Why?

The Guinn Center broke it down in a recent analysis of Gov. Steve Sisolak’s 2019-20 statewide education budget.

The analysis calculates that it includes $2.9 billion for the 2019-20 school year in the basic support guarantee — money that excludes categorical funds reserved for special uses. That’s an increase of $84.6 million, or 2.9 percent, from last school year.

But here’s the catch: $78.9 million of that is earmarked for the raise, according to the Guinn Center.

“I would say that while total education funding has increased in terms of per-pupil amounts from the (20)18-19 to 19-20 school year, that increase that we’re seeing in education is not enough to cover the 3 percent cost-of-living increase that is being discussed,” said Kenneth Retzl, the center’s director of education policy.

Retzl notes that there are some factors the center’s analysis doesn’t take into account, such as inflation.

But the breakdown helps explain why the Clark County School District’s current budget doesn’t include raises. Instead, it accounts for higher special education costs, inflation, the cost of staffing new schools (to help alleviate overcrowding) and an $8.8 million increase in benefit contributions, according to the district.

“While our employees deserve higher pay, the district cannot make decisions that would hurt the staff and students we want to better support, such as laying off employees, cutting programs for students or increasing class sizes in the name of giving raises,” the district said in a statement.

These revelations all circle back to the same issue that still hasn’t been addressed in the current legislative session: adequate funding for education.

Rumor has it that a bill to change the state’s education funding formula will be introduced soon. Better late than never, I suppose.

But that bill also is likely to change how the money is distributed without getting to the heart of the problem: how to find more money.

While advocates say Sisolak’s gestures of donating his salary to the poorest schools in the state and giving a raise to educators are nice, neither addresses the basic need, they argue.

I’m reminded again that legislators have been working around the edges to the actual problem — proposing another study or mandating another initiative, instead of getting down to brass tacks.

In a statement, the governor’s office said that Sisolak understands the financial struggles that districts and the state face.

“That’s why he is working to address the systemic problems under the state’s decades-old funding formula to ensure funding is equitable for every student in every county,” it said. “He is also working to ensure that, moving forward, school districts and the state are aligned on any expected district-level budgetary shortfalls prior to the formulation of the governor’s recommended budget.”