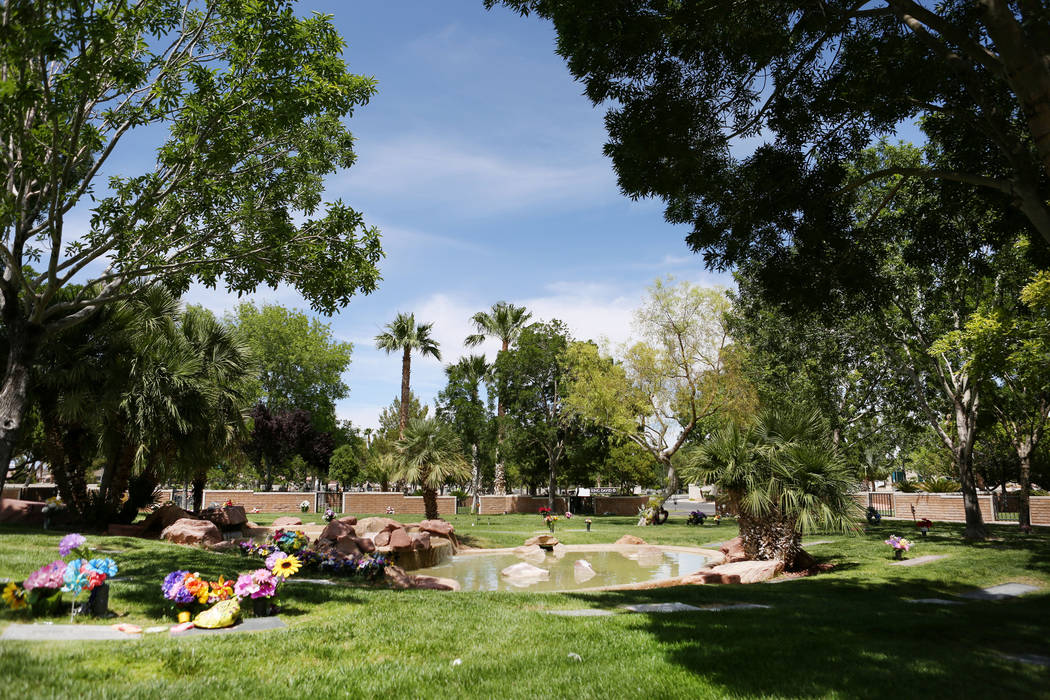 The plots for sale by Chris Snell near tress and water at Palm Eastern Mortuary in Las Vegas Monday, May, 22, 2017. Elizabeth Brumley Las Vegas Review-Journal @EliPagePhoto 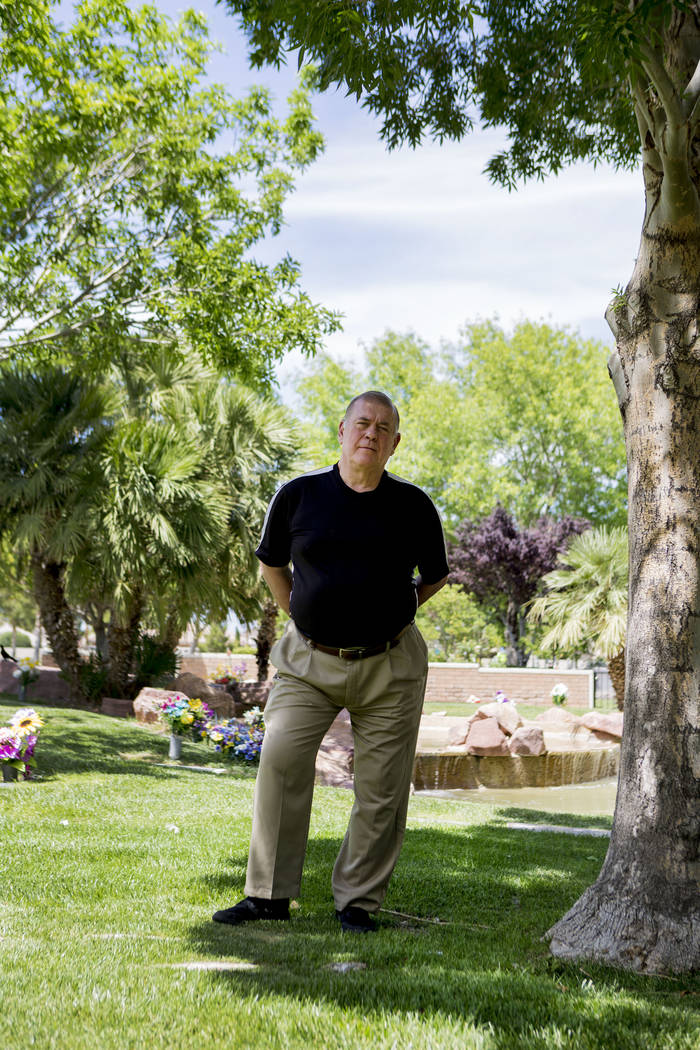 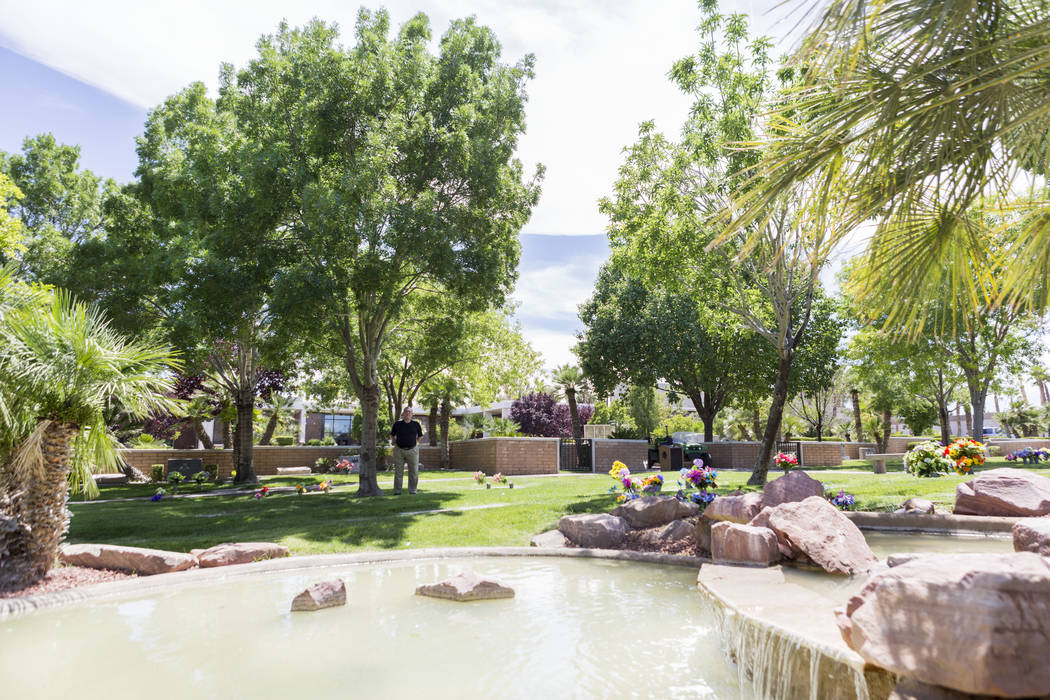 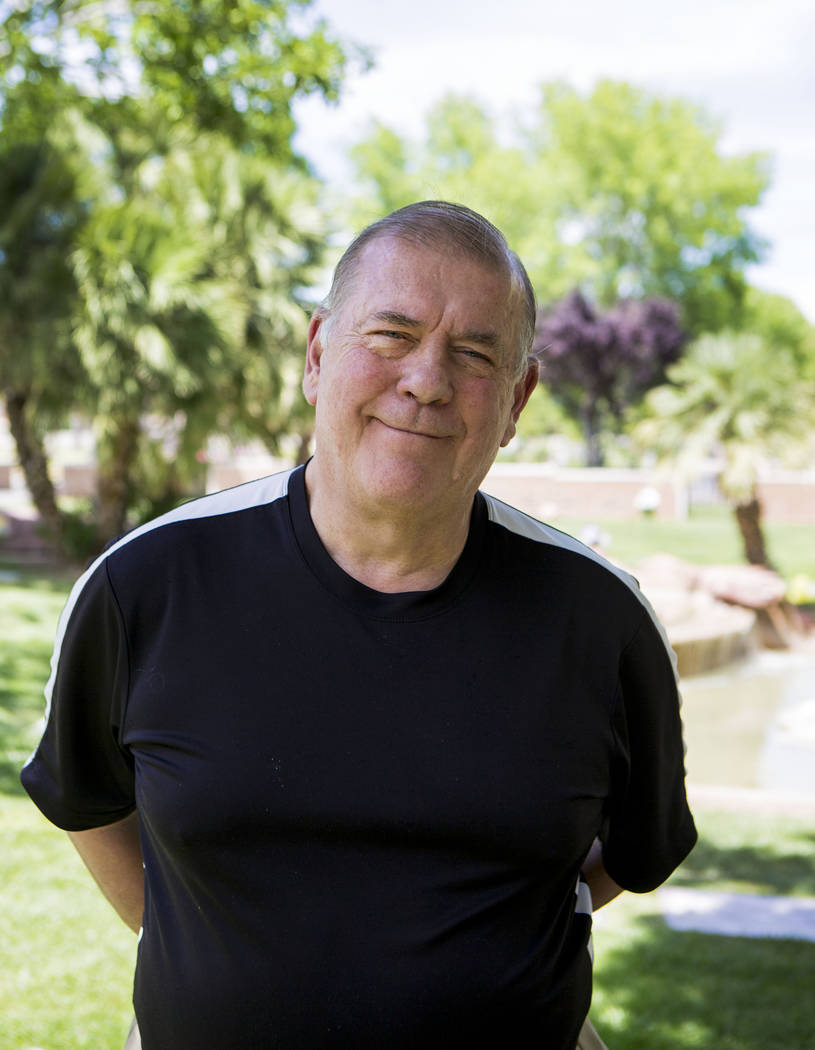 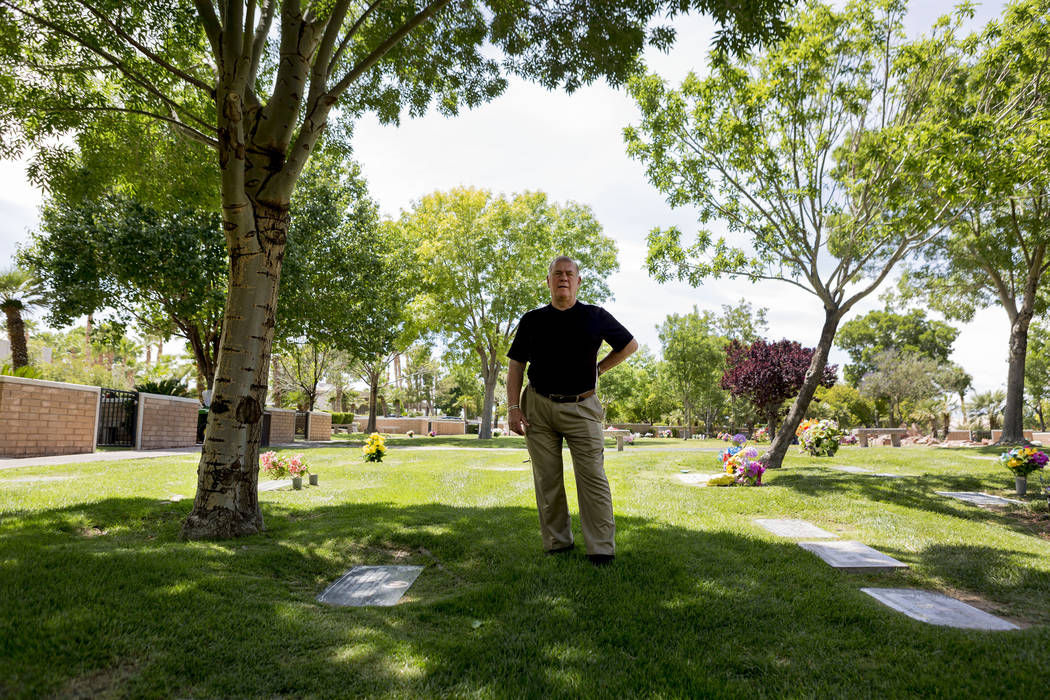 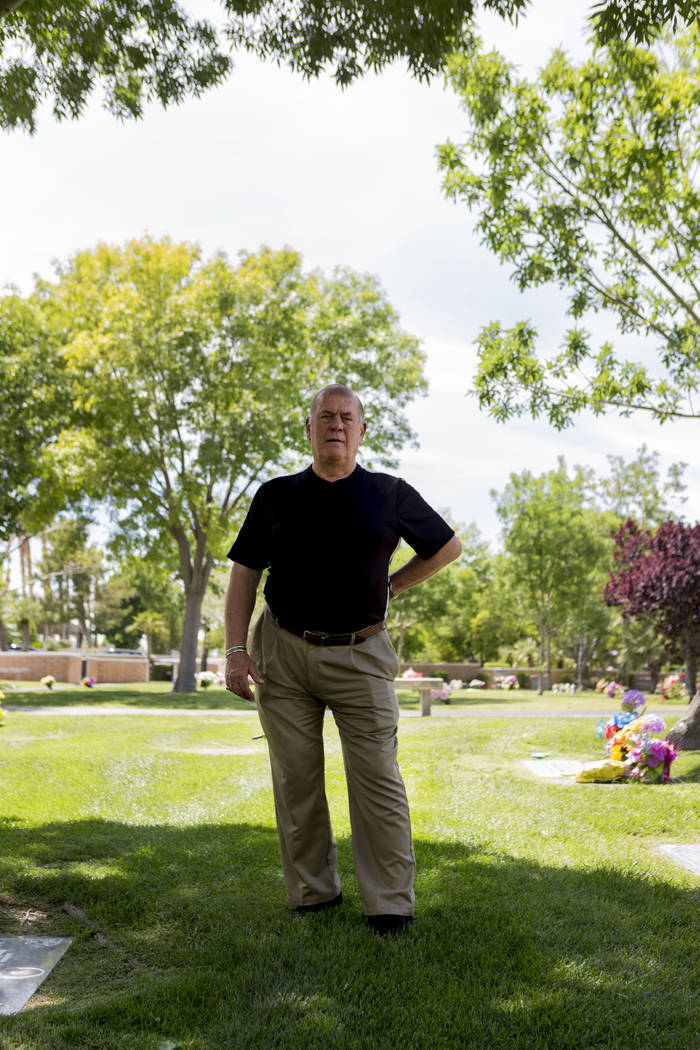 If Chris Snell is right, people may want to buy his side-by-side burial plots in the Palm Eastern Mortuary and Cemetery for $13,950 partly because they’ll appreciate the sound and sight of a nearby flowing stream and fountain from their graves.

Even if we know just a little about science, we know that virtually all scientists argue that the sensory abilities of the dead are, well, dead. That it’s silly to think that the dead can see and hear in some afterlife.

And yet the mystical concept of an afterlife — which Snell suggests is possible largely because of theological propositions he agrees with — persists.

Given that my last close friend recently passed and I have dealt with some health issues, I truly want there to be an afterlife. It is an incredibly romantic idea, and I’m a hopeless romantic.

Lately, I’ve been trying to have discussions with passed loved ones, reaching out for help from my late parents.

Dozens of movies and books focus on an afterlife. Somehow, some way, they suggest, we meet our loved ones and friends again in a blissful state — and we are aware of what’s going on with loved ones we left behind.

Many people, myself included, have wanted to believe we can communicate with loved ones after we die, just as Patrick Swayze’s slain character did with his lover, played by Demi Moore, in “Ghost.”

The more you think about an afterlife, the more questions you have.

But, in the end, the questions boil down to the same two that have been asked for thousands of years.

When we die, what happens? Is it the end of existence or part of a cycle of lives?

The answer isn’t in any book I’ve found. Nor do I have one that I can live with from a theologian.

So I’ve been reaching out to people who are dealing with the pragmatic side of death. Maybe, just maybe, they know something I don’t, that the books don’t.

As I stood near a potential gravesite with the 70-year-old Snell —he’s advertised his burial plots at the Palm Eastern Mortuary and Cemetery for sale in the Las Vegas Review-Journal — I didn’t dismiss his idea that somehow, some way, what is left in the coffin, apart from the soul, is aware of the beautiful water landscapes above ground.

“You just never know for sure,” the former advertising executive said as we stood in the cemetery’s gorgeous Garden of Inspiration. Because of a divorce, he said he no longer needed the plots he and his former wife had purchased almost 20 years ago.

“Even if the dead can’t see or hear this, people have a beautiful place to visit,” he said.

Snell is just like me in many ways; he’s trying to figure it out.

Is there an afterlife? Can people go back and help someone after they die? Probably not in the sense that I’ve been thinking of it.

But if we appreciate and remember and use the goodness and ideas and wit that family and friends have shared with us — their afterlife — we’ll have a reservoir of strength that will help us get through life.

I was ignoring what my parents and friends gave me, feeling sorry for myself. Now that I recognize it, I can feel them with me. I grow stronger each day because of them.

I was looking outside instead of inside.

That’s where their afterlife lives.