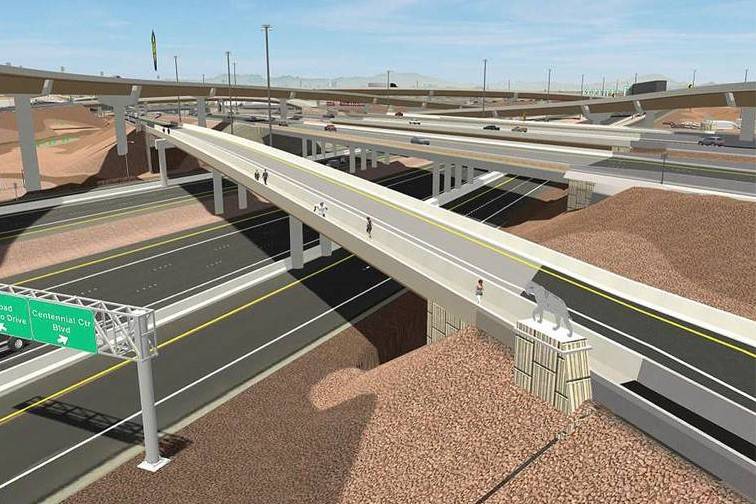 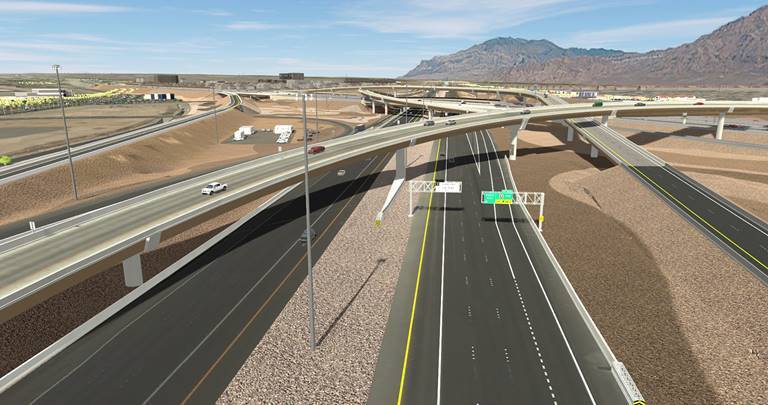 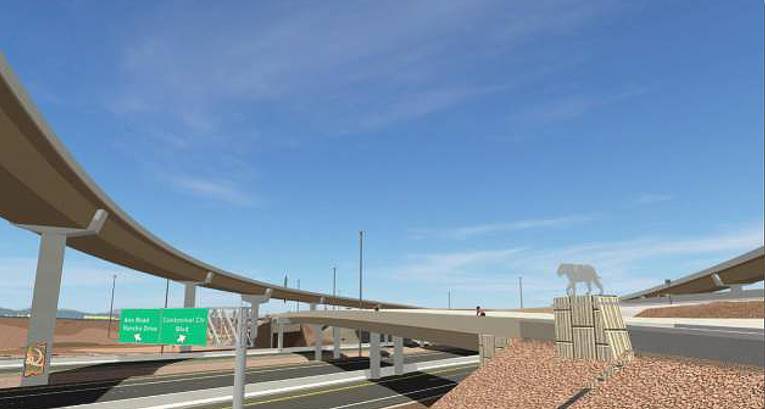 The final portion of the multiyear, multiphase Centennial Bowl project in the northwest valley is slated to kick off Monday.

Crews will break ground Monday on the $155 million final phase of the Centennial Bowl interchange project where U.S. Highway 95 and the 215 Beltway meet, according to the Nevada Department of Transportation.

When this third and final phase is complete in early 2024, it will mark the end of the nine-year project that cost nearly $300 million.

The final phase will build out the remaining three ramps needed to finish the system-to-system interchange that first began construction in 2015.

The Centennial Bowl will be one of the state’s largest interchanges when complete, with 20 total bridges over three decks, including the second-longest bridge in the state — the two-lane flyover ramp connecting U.S. 95 northbound and the 215 westbound spanning 2,654 feet, which opened to traffic in August.

The project, funded by a combination of state, federal and county funds, will generate about 1,700 direct, indirect, and induced local jobs.

“This project helps create a reliable transportation network enhancing cultural and economic opportunities in the northwest Las Vegas valley,” Gov. Steve Sisolak, who also chairs the state transportation board, said in a statement. “It also improves accessibility, mobility and safety for residents and businesses.”

New direct freeway-to-freeway connections will be complete, allowing for higher highway travel speeds, which will increase mobility and safety in the areas that see stop-and-go surface street travel.

Additionally, the U.S. 95 northbound to 215 eastbound ramp will be widened to two lanes, a half-mile section of the 215 will be increased to a six-lane divided freeway, and a service interchange at the 215 and Sky Pointe Drive will be built with one way slip ramps to and from Oso Blanca Road.

Sky Pointe will connect from Centennial Parkway west to Azure Drive after the road is relocated and widened as part of the final phase.

A multiuse recreational trail will be added along the north side of the 215 from Grand Montecito Parkway to Tenaya Way, and several miles of new bike lanes and sidewalks will also be constructed. Oso Blanca will be realigned, connecting it with Centennial Center Boulevard, and Lone Mountain Road will be widened between Tenaya and Rancho Drive.

These improvements are aimed at providing increased local connectivity in the area.

“This interchange will enhance traffic, mobility and motorist safety while establishing a new gateway for the Centennial area,” said NDOT Director Kristina Swallow in a statement. “Over 107,500 vehicles daily travel the ramps and freeways at U.S. 95 and the 215 Beltway, and it’s only expected to grow in the future.”