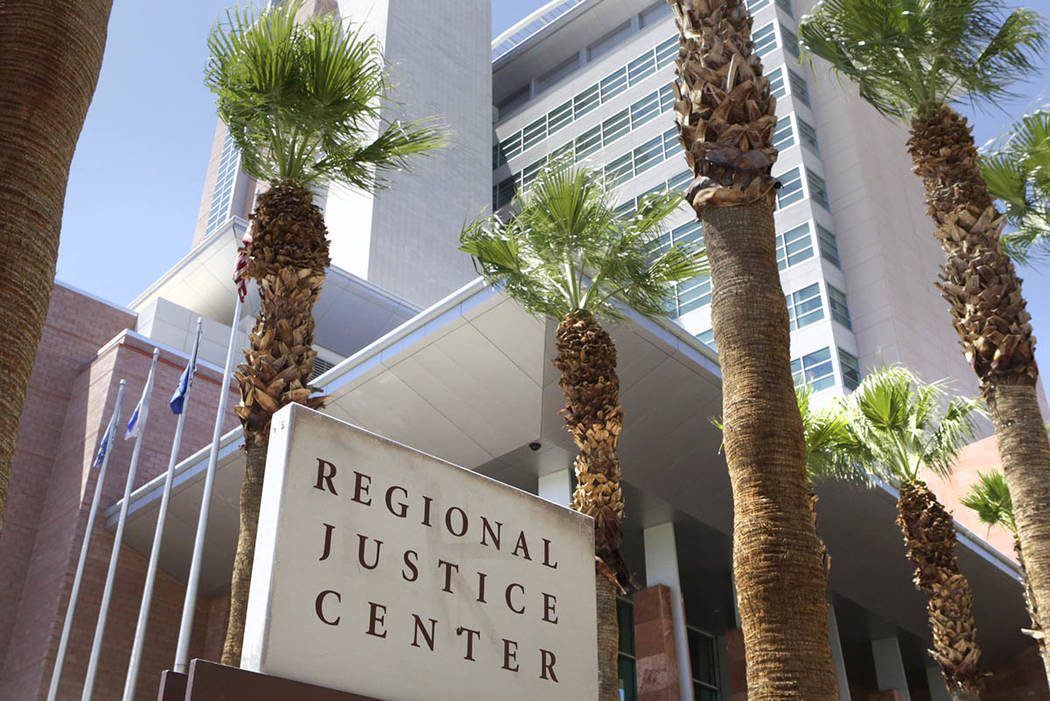 When I walked into the Regional Justice Center two weeks ago, I was more nervous than I have been in a long time.

Until that moment, I had worked as the Las Vegas Review-Journal’s night cops reporter for nearly two years, a position I loved. The adrenaline rush from breaking news became my comfort zone. The constant scanner chatter made me feel in sync with everything happening in the community, in real time.

And yet here I was, taking off my shoes at the security checkpoint into a completely new world, where people wear nice clothes and go to hearings early in the morning.

Part of my apprehension was because I looked like a mess: sweat beading on my forehead thanks to the hot, unusually humid afternoon air; my arms straining to hold a single box of stuff from my old desk — a laptop, a few heavy mementos and several old notebooks. Just inside, the cold air conditioning hit me like a brick wall.

When I finally made it into the lobby, I felt worse. Where to start?

Everyone experiences a learning curve when they take on a new job, or new role. My move wasn’t that drastic — courts is a natural progression from cops. But I felt lost.

At crime scenes, I was in my element. Despite whatever terrible thing happened, I enjoyed talking to people on the street. Even if the story was short, I scanned the crowd, approached people, introduced myself and listened, if they were OK with talking. Most were. Those conversations, filled with shock and grief, will stay with me.

At each scene, I also spoke with frustrated and overworked investigators who, somehow, remained passionate about their jobs. Their persistence made me work harder and dig deeper.

A lot of this new role is scheduling. So much of court is scheduled! Two weeks, 30 days, 60 days, “I’ll see you on Monday.” There is no real planning on the breaking news beat. When something happens, you just go.

Slowly, though, over the last two weeks, I’ve started seeing ghosts. In hallways and elevators. Not apparitions but people — the same ones I once talked to, distraught and in disbelief on the street, now dressed up and straight-faced in court, brave enough to quietly sit in the same room as the person or people accused of hurting or killing their loved ones.

Court is filled with those ghosts. The family members of the accused, too, who also often struggle to comprehend what happened, and how they will come to terms with it. The accused, who look like and act like normal people, albeit with handcuffs and jail clothing. I’ve long believed there are no good people or bad people — just people, and some do unthinkable things.

Yet here we all are, in the same building, functioning.

Those ghosts have gradually helped me let my guard down. This week I had lunch with a few kind lawyers. I met others outside courtrooms, with help from my immensely helpful co-worker, David Ferrara. And I’ve learned about new victims, from cases investigated long before I started working here.

I told you two weeks ago I was frustrated about crime in Las Vegas. I still am, but I’m not going anywhere. Neither is my drive to highlight the bad in the hope for good. I’m just coming at you from a different vantage point.