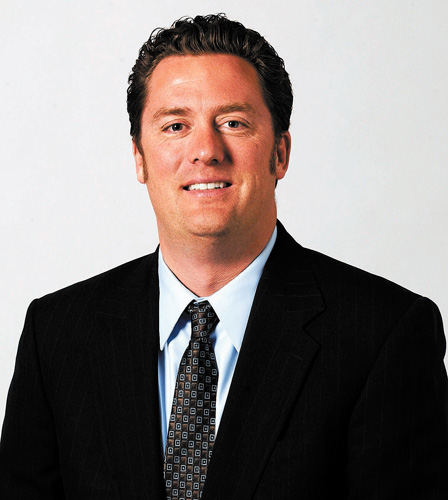 CARSON CITY — Incoming Assembly Speaker John Oceguera said Thursday that he thinks legislative leaders could reach agreement with Gov.-elect Brian Sandoval on most budget issues before the Legislature goes into session if they would hold formal budget talks now.

“I’m ready, willing and able to work with the governor to work through that budget,” Oceguera said, adding he thinks Sandoval is more open to talks than Gov. Jim Gibbons was during his four-year term.

“I’m not going to harpoon him for his ideas. I think that the public does not want a big battle. They want us to work this out,” the Democratic speaker said in an interview.

Oceguera’s comments came a day after he addressed the Las Vegas and North Las Vegas city councils to make the case for the need to increase revenue and avoid disastrous budget cuts.

Reaching any sort of early understanding with Sandoval on revenues would be difficult because the Republican has pledged not to raise taxes and Democrats say tax increases will be needed.

That sets up a major hurdle, without major concessions by both sides, to reaching a 2011-13 budget accord and could result in a veto battle at the end of the upcoming 120-day session.

“I have indications that he’s willing to do that,” he added of Sandoval.

Sandoval’s press secretary, Mary-Sarah Kinner, said the governor-elect would have no problem meeting with Oceguera, D-Las Vegas, and other legislative leaders before he releases his proposed two-year state budget on Jan. 24.

The Legislature will convene two weeks later, but the budget review committee will hold pre-session meetings starting on Jan. 25.

“Governor-elect Sandoval will certainly meet with all the leaders again and looks forward to a productive working relationship with them,” Kinner said.

Sandoval previously met with Oceguera and Senate Majority Leader Steven Horsford, D-Las Vegas, but they did not talk specifically about the budget. Some of Sandoval’s aides will meet with them today , Kinner added.

The budget plan Sandoval releases next month is expected to show exactly how he will balance a budget that is at least $1 billion short of existing spending. He has vowed to cut spending and veto bills to raise taxes.

But his policy director, Dale Erquiaga, has said Sandoval is looking at other options, including raiding local government and school funds and selling state buildings and then buying them back through payments over 20 years.

Oceguera said earlier Thursday that legislative leaders want to hold budget talks with Sandoval before he releases his budget plan to find agreement on priorities.

“I don’t want to wait until Jan. 24. This is too important,” Oceguera said. “I don’t want to wait and see what the governor proposes and then have a battle over that during the session. I want to sit down and get together and work on some of these issues so there are no big surprises on Jan. 24.”

Oceguera said priorities should be job creation and education.

When asked which tax increases or new levies should be considered, he said he would not rule anything out.

“I think everything should be on the table, even a broad-based business tax,” Oceguera said.

Oceguera said that he did not think Nevada can balance its budget by making cuts alone and that lawmakers probably will need to approve new revenue or taxes to bridge what Democrats see as a $2.7 billion budget gap.

They have held that spending should be $8 billion to keep up with caseload growth, end state employee furloughs and cover revenue losses that will hit when tax increases expire June 30.

Democrats hold a 11-10 advantage over Republicans in the Senate and a 26-16 edge in the Assembly.

Sandoval has suggested the budget gap is closer to $1.1 billion, the difference between expected revenues of
$5.3 billion for the 2011-13 budget cycle and the current two-year spending of about $6.4 billion. About $70 million in reversions, or money not spent in the current budget, is expected to be available. State agencies have requested
$8.3 billion in spending over the next two-year budget period.

Last summer, Horsford said he expected the Legislature would need to cut spending by $1.5 billion and raise taxes by $1.5 billion in 2011. But in recent interviews, he said that before talking about taxes, he first wants to see Sandoval’s budget plan and whether it sufficiently provides for education.