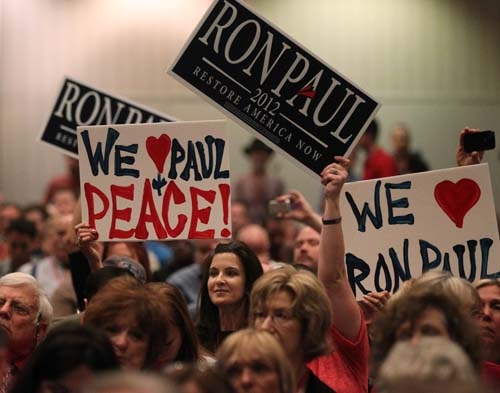 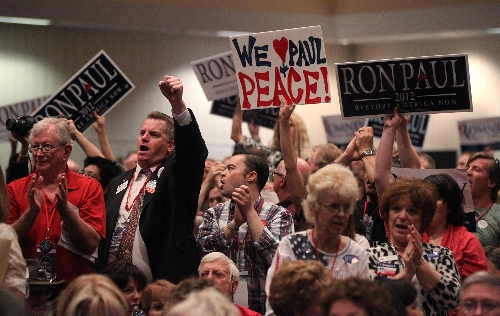 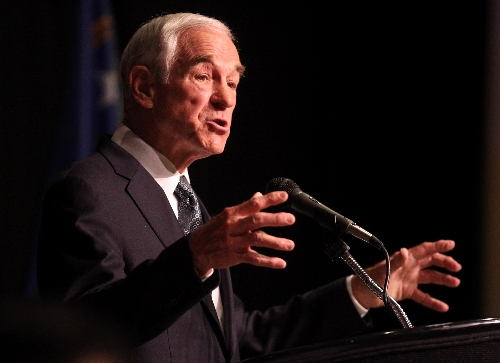 The vote came during a day of clashes between the two camps as Paul backers sought to install his people in the party hierarchy and elect as many Nevada delegates as possible to the national convention in Tampa, Fla.

RNC National Committeeman Bob List, a former Nevada governor, lost election to James Smack, the vice chairman of the state GOP and a longtime Paul supporter from Fallon. The vote was 932 for Smack and 623 for List.

RNC National Committeewoman Heidi Smith lost to Diana Orrock, one of Paul’s backers. They have been taking control of the Clark County GOP for the past year. Carol Del Carlo of Incline Village also was in the running. Orrock got 902 votes to 429 for Del Carlo and 231 for Smith.

Each state has a female and male RNC representative on the committee, which runs the national Republican Party, a key duty in 2012 when the White House is at stake as well as control of the U.S. Senate and House of Representatives.

The new RNC committeeman and committeewoman won’t begin serving their four-year terms until after the national GOP convention in August, when they’ll be formally installed.

But having Paul supporters at the RNC could expand the Texas congressman’s influence beyond the 2012 campaign as he promotes smaller government and more liberties.

Smack, in his speech to the convention, said he wanted to represent all Republicans – not just Paul supporters – and help unite the party after a divisive GOP presidential primary.

Paul supporters booed Smith when she delivered a defiant speech before the election, declaring that Romney is the only candidate who can beat President Barack Obama.

“The only way we can get that damn socialist out of the White House is to vote for the man who will do it,” she said.

Romney won the Feb. 4 GOP presidential caucuses in Nevada with 50 percent of the vote, awarding him 14 of the 28 state delegates to the national convention while Paul won five.

But with Rick Santorum and Newt Gingrich out of the race, Paul supporters at the convention were trying Saturday to win all of their delegates – and cut into Romney’s share.

“We’ll get more than half,” predicted a Paul supporter as the campaign worked behind the scenes to ensure votes. “We’re doing very well. Things are going our way.”

A Romney supporter said the outcome would be of no consequence, however, since 20 of the elected Nevada delegates would still be bound to vote for Romney at the national convention on the first ballot under GOP rules and only eight for Paul under the official reallocation. Also, Romney is well on his way toward wrapping up the nomination by gaining the needed 1,144 delegates before the convention in Tampa.

The final results of the Nevada delegate voting might not be known until today as the state convention, which began at 9 a.m., dragged into the night. The organizers kept running out of ballots and voting continued for several hours.

The Republican National Committee has threatened not to seat the Nevada delegation if there are too many Paul supporters in it. Sanctions could range from giving Nevadans a bad spot on the floor, replacing challenged delegates or refusing to allow them into the national convention in Tampa.

Some 1,618 state delegates attended the state convention at John Ascuaga’s Nugget, including 700 from Clark County. A total of 344 were nominated to be national delegates.

Paul has vowed to stay in the race through the Republican National Convention Aug. 27-30 as his supporters in Nevada and other states work to elect delegates so he has more influence and could even be nominated from the floor.

Although Saturday’s convention was filled with speakers promoting unity, the Paul backers and Romney supporters clashed at every turn during the GOP meeting, battling over every rule, every ballot and every point of order.

At one point they were arguing over how to vote, whether to raise one hand or two, stand or sit, or yell out to be counted. One woman said she had laryngitis.

The only moment of unity came when the Paul and Romney campaigns sprung to buy pizzas for the convention-goers for dinner when the meeting headed into certain overtime.

GOP leaders vowed to complete all party business and not to shut the convention down as they did in 2008 when Paul supporters took over and Republicans turned off the lights.

Paul whipped up his supporters in an afternoon speech, saying the party has a chance to defeat Obama this year, but first must restore American confidence in the GOP.

Paul said people have become dis­enchanted with Republicans because GOP leaders in Congress have continued to spend too much money and drive up the nation’s debt.

At the same time, Paul said the public has become even more upset with Obama for expanding government, waging war without congressional authority, hiking taxes and interfering with personal liberties, including health care decisions.

“So there’s a lot of reason for us to be optimistic, politically, that we can unseat this president,” Paul said in a 15-minute speech to the convention packed with his backers. “But I think it’s very important we restore confidence in the Republican Party … We cannot win, or we cannot change the country, if our goal is to maintain the status quo.”

Romney welcomed the energy of the Paul forces, saying he and other Republicans seeking the GOP nomination “would make a better president than President Obama.”

“I recognize that Congressman Paul is still in the race and working hard,” Romney said, earning a big round of applause as Paul backers waved campaign signs and cheered along with Romney supporters. “And I appreciate the contribution he’s making for the energy and excitement in the party.”

In the end, Romney said, it was important for Republicans to work together to oust Obama, arguing the president hasn’t turned the economy around as promised when he took office.

“We’ve absolutely got to unite as a party, as a country, and I think we will, to defeat President Obama next November,” Romney said in a five-minute speech interrupted with polite applause several times and no Paul hecklers.