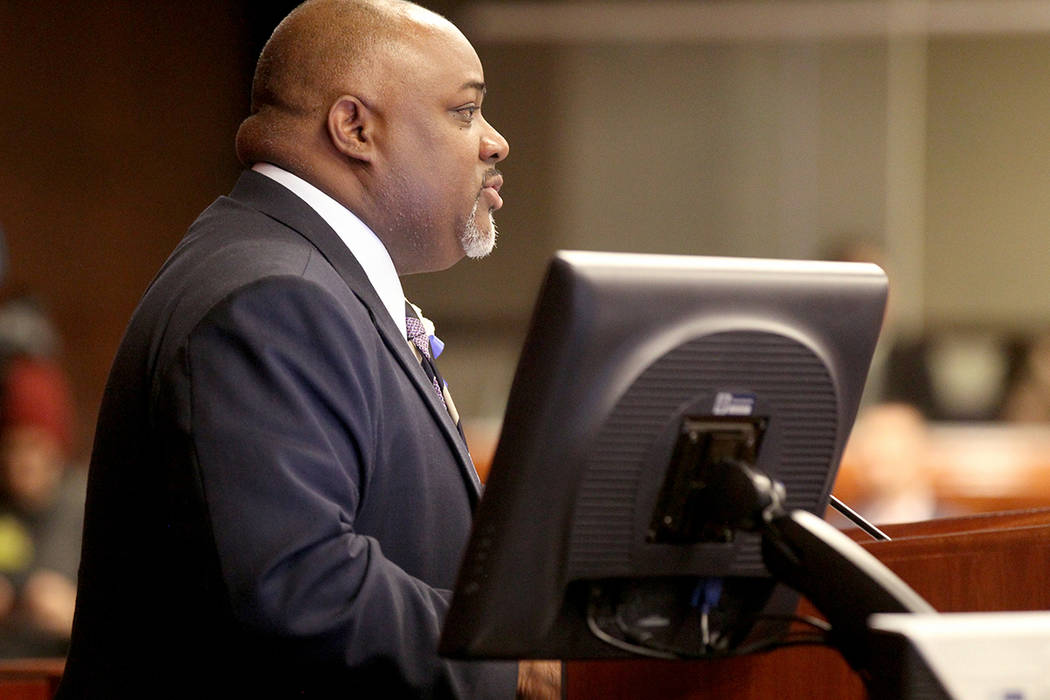 CARSON CITY ­— A divided Nevada Senate passed a bill along party lines Wednesday to restore the right to vote to convicts upon their release from prison, as lawmakers continued to chip away at a long list of bills just three days ahead of the next deadline.

In the Assembly, lawmakers approved measures that would create a statewide payday loan database, add transparency to asthma prescription drugs and give local governments a tool in addressing the state’s growing affordable housing problems.

Assembly Bill 431, the vote-restoration measure, passed the Senate 13-8 and is on its way the governor. It passed the Assembly 32-9 last month. Besides immediately restoring the vote upon release from prison, it lets people convicted of a crime but not yet in prison retain their voting rights. If signed by the governor, it would go into effect July 1 but is retroactive to convicts who already have been released.

Republicans voted as a bloc in opposition. Those who spoke on the measure objected on grounds that it was too forgiving, especially in cases involving people who had been imprisoned for serious felonies.

The measure “restores rights to people that have not necessarily proven that they deserve the automatic second chance,” said Sen. Keith Pickard, R-Henderson.

Senate Majority Leader Nicole Cannizzaro, D-Las Vegas, a prosecutor, said it would allow felons who have completed their sentence to regain their right to vote without having to apply to have their rights restored. The bill, she said, would “encourage individuals to be a part of society rather than to seek to recidivate and continue to commit felonies.”

Earlier testimony on the bill in committee from supporters noted that 38 states and the District of Columbia have laws that automatically restore voting rights to convicts either upon release from prison or on completion of parole or probation.

Assembly Speaker Jason Frierson, D-Las Vegas, the bill sponsor, said after Senate passage that Nevada’s bill “puts us in line with a trend in the country.

“I think a majority of states understand that once you’ve paid your debt to society , if you’re expected to live by our rules, then you’re also expected to reap the benefits of being free in the community,” he said, adding that the court system “is designed to protect us from folks that are not safe to be in the community.”

Senate Bill 201, sponsored by Sen. Yvanna Cancela, D-Las Vegas, passed out of the Assembly on a party-line 28-12 vote. The bill would create a database to track information on high-interest, short-term payday loans in the state, including the interest charged, loan amounts and fees charged to customers. The bill heads back to the Senate for a procedural vote before heading to the governor.

The database would provide the state with information that will help it understand if the industry is in need of tighter regulations, or possibly looser ones, while providing assurances to consumers that they are working with good actors in the industry, Cancela said Wednesday,

Speaking on the floor before the vote, Assembly Minority Leader Jim Wheeler, R-Minden, said that he believes that such loans can be beneficial for low-income families and young professionals and that the payday lenders give them a regulated industry to turn to in those times as opposed to unregulated online or offshore options.

“Some of our constituents just don’t have the friends, family or church to borrow from in times of absolute need for some short-term funding,” Wheeler said.

But Cancela said the bill would ensure that loans already considered illegal under state law, such as those that would require monthly payments that exceed 25 percent of a customer’s expected gross monthly income, would be denied and would give the state the ability to enforce those laws in real time.

“The kinds of loans that should be eliminated are loans that ultimately place people in a debt trap and a debt cycle that they downward spiral into and can never get out of,” Cancela said. “Those are the loans that shouldn’t be given out under current laws, but that we as a state don’t have the ability to enforce in real time.”

In other legislative action

■ The Assembly passed Senate Bill 103, which will allow local governments to waive certain fees to help reduce the costs of affordable housing projects. It was previously approved on a unanimous vote in the Senate and will head to the governor after a procedural vote.

■ The Assembly also approved Senate Bill 262, also sponsored by Cancela. The bill would require drug companies to disclose information annually about how they price asthma medications, including manufacturing costs and investments in research, and comes on the heels of a 2017 law from Cancela that required such disclosures for diabetes drugs.

■ The Assembly Commerce and Labor Committee introduced a constitutional amendment that would increase the minimum wage in Nevada to $12 per hour, regardless of whether an employer offers health insurance, by 2024. It would need Legislature approval this year and in 2021 and voter approval in the 2022 election to be enshrined into the state constitution. If it’s approved, it would give the Legislature the power to raise the minimum wage higher than $12 per hour in the future.