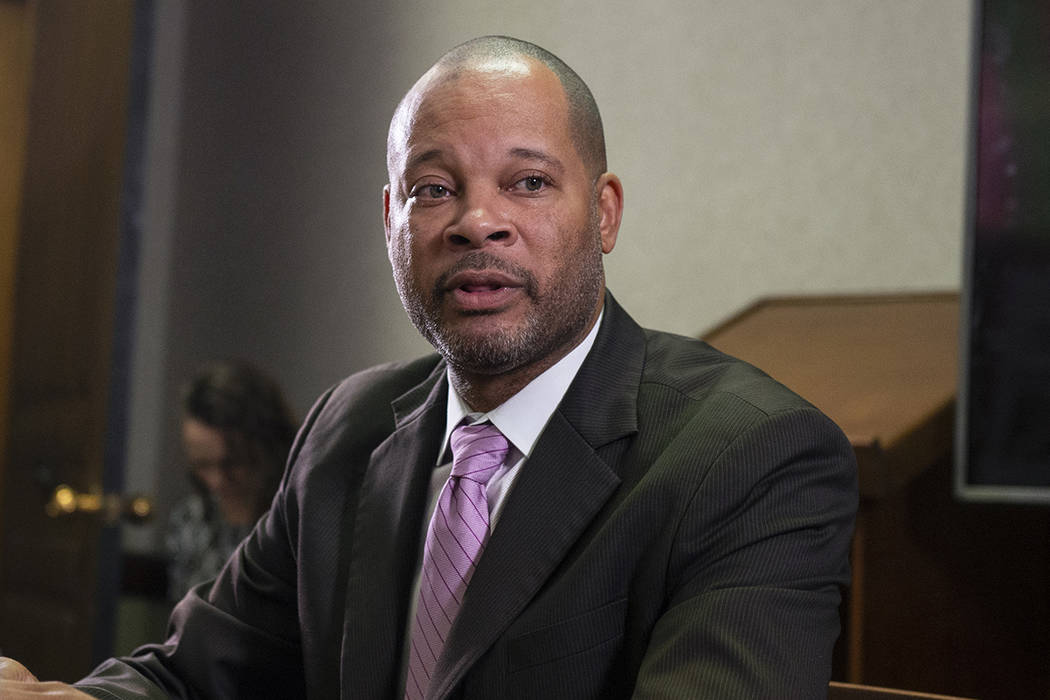 From the Bundy standoff to a plot to kidnap and execute a police officer, law enforcement in Southern Nevada is no stranger to dealing with those who follow the sovereign citizens’ ideology: They don’t believe in federal or state laws, paying taxes, often espouse hatred of police and elected officials — all factors that have led the FBI to deem those in the movement domestic terrorists.

In Clark County alone, there are roughly 500 people who the Metropolitan Police Department says are affiliated with the movement, Detective Ken Mead said Thursday while presenting a bill under consideration by the Legislature that would give law enforcement more tools to prosecute sovereign citizens.

And interactions between police and those within the movement are becoming increasingly contentious, Mead said.

That’s where the bill up for discussion Thursday, Assembly Bill 15 — proposed by the attorney general’s office — comes in.

AB15 goes after one of sovereign citizens’ key tactics by making it illegal to create fake judgments, summons, complaints or most other court documents. Under the proposal, doing so would be a class D felony, punishable by up to four years in prison.

Mead has seen those increases from both a professional level and a personal one.

During an investigation into a scam targeting the elderly in Nevada, Mead became the target himself of a common tactic used by sovereign citizens. They began filing fake court documents in the case from a nonexistent court, claiming that the police officers who made the arrest were in contempt of the court they created, and ordered them to pay $500.

Those filings got more threatening over time. The $500 demand became $1,000. The group started issuing fake indictments and arrest warrants against the officers and prosecutors in the case. Eventually those documents claimed that Mead and his peers were engaged in treasonous activity and “the penalty for treason was death,” Mead said.

The documents could seem real to the untrained eye, Mead said, with official-looking stamps and raised seals.

Then those documents started showing up at his house, and he soon realized that those same people were watching his home, which caused him to have to take “alternative measures” to protect himself and his family, Mead said.

The Senate committee took no action on the bill Thursday. It was previously approved by the full Assembly on a 36-4 vote, with four rural Republican assemblymen voting against it.