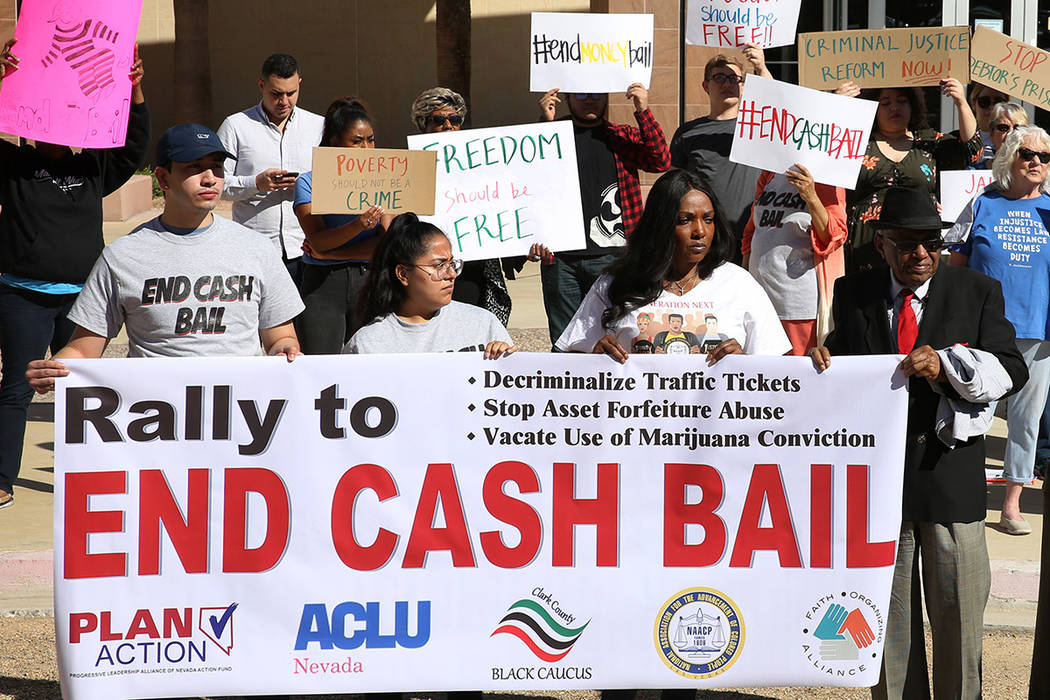 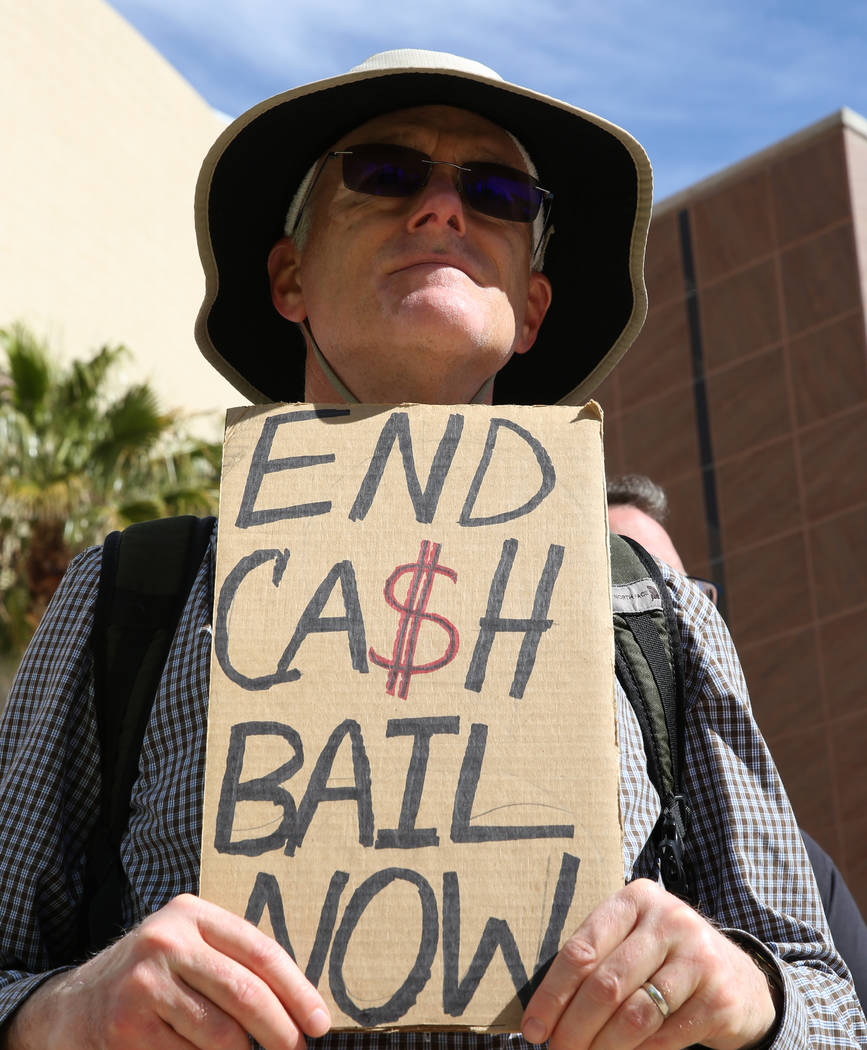 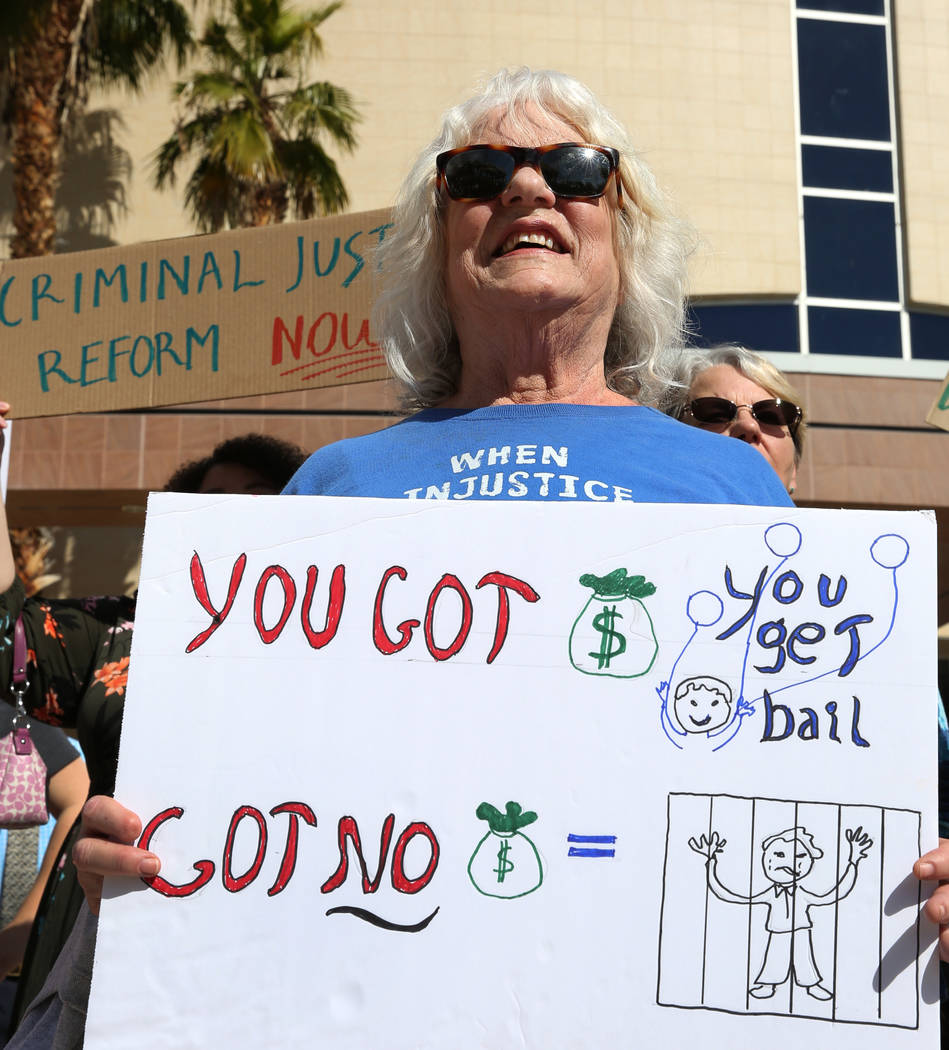 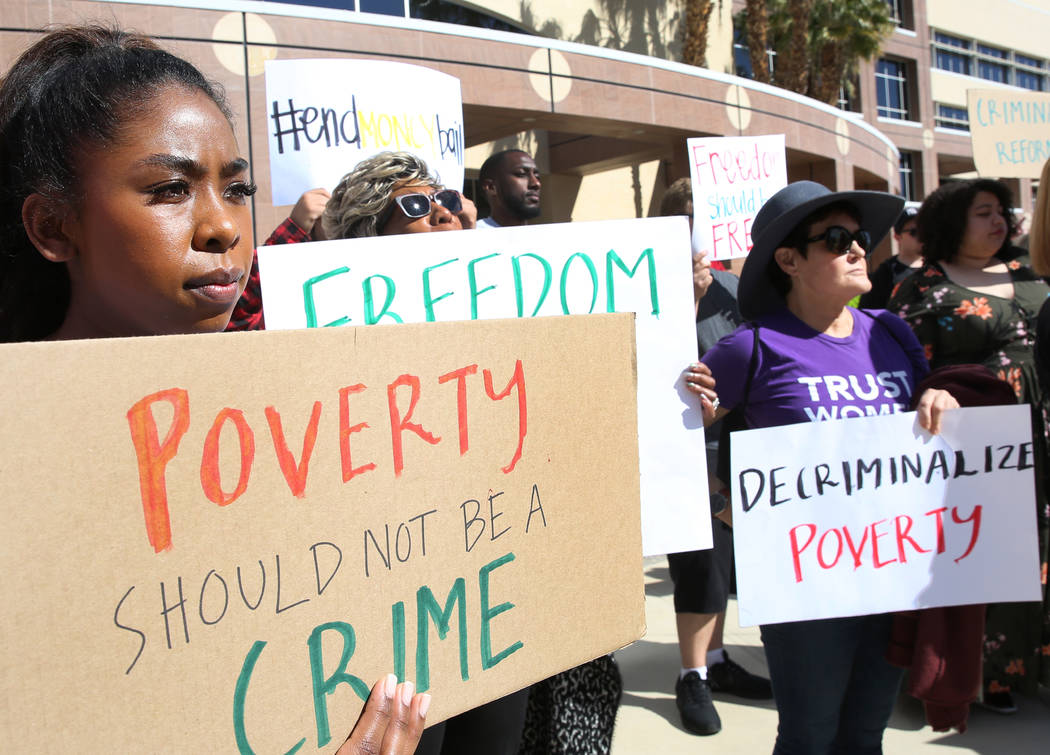 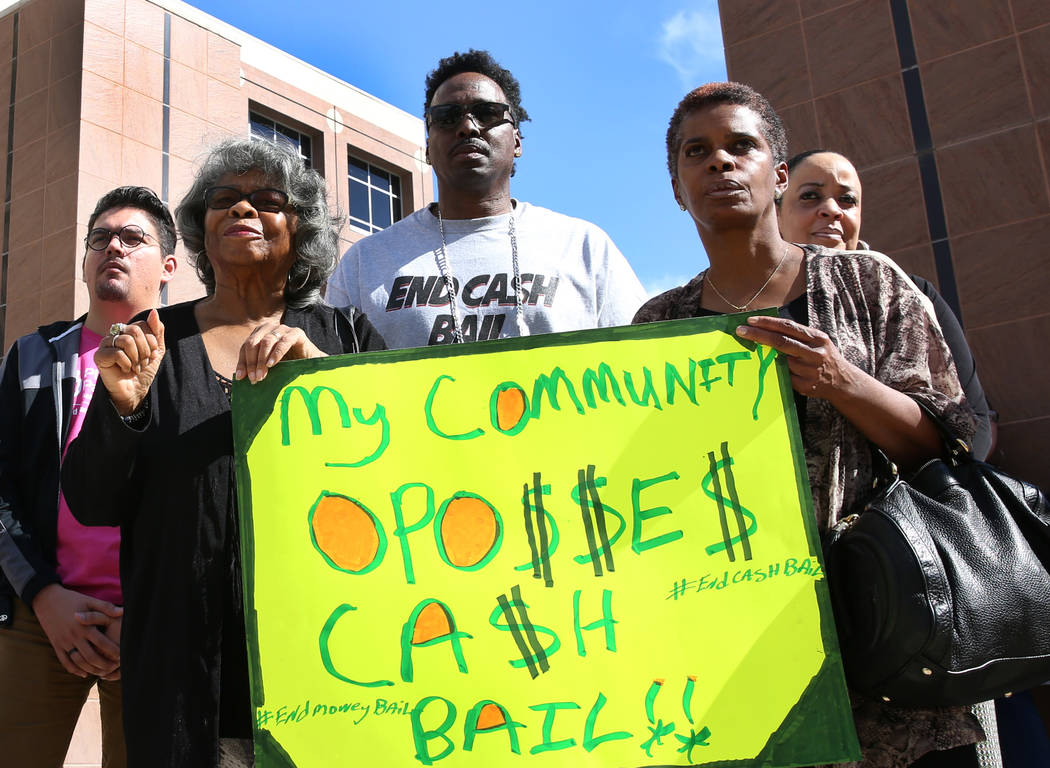 Before Brandon Summers began street performing in 2011, the violinist had limited contact with police. He’d never even received a traffic ticket.

But within four years, the Las Vegas native had racked up three misdemeanor citations for obstructing a public sidewalk, landing him in the Clark County Detention Center in 2013 for 12 hours before his parents paid $450 to a bail bondsman. All three cases were dismissed, court records show.

“I think many of us see the jail as a place for deserving criminals, but I was not in the presence of thieves, murderers or rapists,” Summers said Monday morning during a rally in front of the Sawyer Building downtown. “I was surrounded by people who had unpaid traffic tickets or warrants for those traffic tickets.”

He was among at least 30 others rallying in support of Assembly Bill 236, which would overhaul Nevada’s criminal justice system. The rally, held in conjunction with a rally in Carson City, focused on reforming or ending the cash bail system.

“I think about the people who can’t get out of jail because they don’t have $450,” he said. “The inherent inequality in the criminal justice system should not exist, but it does. Those with money and resources can skate by, while those without will suffer. And that needs to change.”

Some alternative methods that supporters were asking for included house arrest, GPS monitoring and intense supervision.

Supporters of AB236 have said it will significantly reduce Nevada’s prison population and recidivism rates while saving the state hundreds of millions of dollars over the next decade. But opponents of the changes argue that the bill ignores public safety concerns and disregards the rights of crime victims.

On March 8, when the bill was presented in the Assembly Judiciary Committee, Chuck Callaway, a lobbyist for the Metropolitan Police Department, also said such changes would make Nevada seem like it takes crime less seriously, arguing that it would discourage people from traveling to Las Vegas.

Still, he said, “I think we can come to a happy medium that helps our criminal justice system and makes positive reform, but at the same time doesn’t throw public safety out with the bath water.”

Also in attendance at the rally were Clark County Commissioners Tick Segerblom and Lawrence Weekly and attorney Robert Langford, who ran unsuccessfully last year for Clark County district attorney. One part of Langford’s campaign was focused on ending cash bail.

“Cash bail is not necessary to make sure people come back to court. What does it do? It lines the pockets of the bail industry,” he said as activists stood behind him.

The crowd cheered in agreement as they waved posters in the air that conveyed a central theme: Poverty should not be a crime.

Langford then raised his voice to say, “The bail industry is another type of private prison, and it’s time to take away the profit motives from the criminal justice system.”