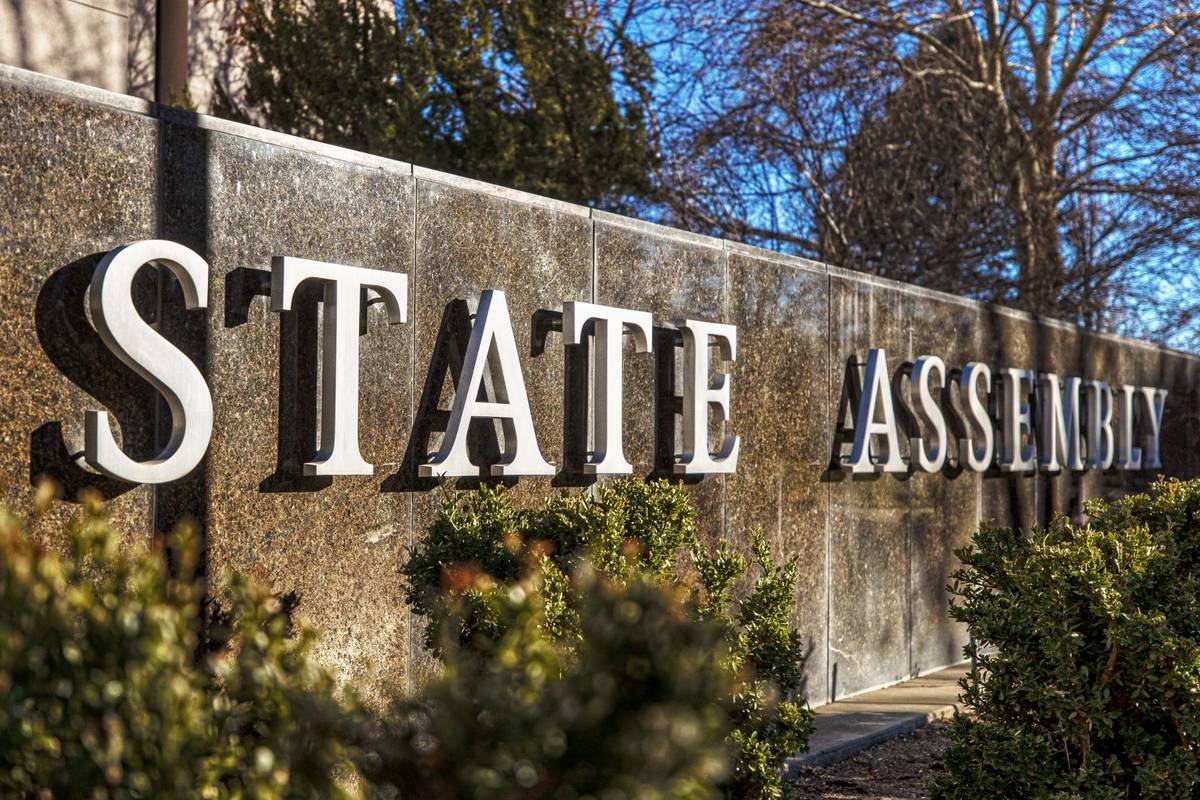 Inching through its fifth week of session and into its sixth starting Monday, the Legislature continues operating at a pandemic-constrained pace.

A March 15 deadline for lawmakers to introduce their bills might quicken matters in the coming week, which will see the Legislature reach the one-third mark of its 120-day session.

This 81st session might one day be recalled as “The Lost Session.” Through Friday, 401 pieces of legislation had been introduced. At the same point two years ago, bills and resolutions before lawmakers numbered 539. That’s a little more than a 25 percent dropoff.

Both houses held floor sessions on just three of five days this week, one that concluded amid grim milestones: Deaths from COVID-19 in Nevada surpassed 5,000 on Thursday, and Friday was the anniversary of the state’s first official case of the disease.

The Legislative Building remains closed to the public amid concerns over potential disease spread, though a newcomer Republican Assembly member tried to force a floor vote to reopen the building on Wednesday. She was quickly ruled out of order.

As of midday Friday, the week ahead had 49 bills scheduled to be heard in committees, in addition to budget hearings. The schedule is subject to quick changes.

The week that was

A move to legalize lounges for marijuana consumption surfaced, but no bill has yet been introduced. The effort has previously failed to get legislative backing.

An eviction reform bill designed to help those who lost apartments because of the pandemic, as well as long-term tenants suddenly facing 30-day notices to vacate, drew opposition from landlords and real estate interests.

And the week to come

Assembly Bill 64, a multipart bill from the Attorney General’s office, would broaden what defines the crime of soliciting a child for prostitution; increase civil penalties for unlawful solicitation; change rules for advertising prostitution in counties where it is illegal; and increase penalties for witness tampering and interfering with a criminal investigation, prosecution or arrest. It will be heard in the Assembly Judiciary Committee.

The Senate Commerce and Labor committee has a work session on Senate Bill 103, which would bar insurers from setting higher rates for certain breeds of dog. The bill, opposed by insurers but backed by animal lovers and homeowners associations that fear losing coverage because insurance companies won’t cover cases involving certain breeds, was first heard on Feb. 24.

The Senate Government Affairs committee is scheduled to take up Senate Bill 150, which would set rules for the construction of “tiny houses,” defining the term, requiring local governments to permit them in single-family neighborhoods, and authorizing their construction elsewhere.

The Senate Growth and Infrastructure committee has Senate Bill 134, which would change how people decide to be organ donors when obtaining a driver license or ID cards. Instead of opting in, they would be asked to opt out, making everyone a potential donor unless they indicate they don’t want to be.

And the Assembly Natural Resources Committee is scheduled to hear Assembly Bill 89, which would permit hunters to transfer big-game hunting tags to others in certain circumstances.

The Assembly Education committee will hear Assembly Bill 88, which would require school districts, charter schools and certain other educational institutions, as well as the state board that gives official names to geographic features, to adopt policies barring the use of a name, logo, mascot or other identifier that has racially discriminatory associations.

Senate Bill 114, before the Senate Natural Resources committee, would authorize food containing hemp to be produced or sold at food establishments in some instances.

After the Nevada Supreme Court ruled in 2019 that even misdemeanor domestic violence trials required a jury because the penalties including losing the constitutionally protected right to carry a firearm, local governments were thrown into chaos, since many of them were not equipped to hold trials. Assembly Bill 42, scheduled to be heard in the Assembly Judiciary Committee, provides for the right to trial in cases where a person may lose her or his gun rights, and procedures related to those trials.

Senate Bill 140 would require that prison inmates in work programs be paid the state minimum wage. It is before the Senate Judiciary Committee.

Assembly Bill 86, before the Assembly Committee on Government Affairs, would expand the circumstances under which those who willfully or negligently start wildfires may be held financially liable for the costs of putting them out.

The state Transportation Department’s decision to put strict limits on carpool lanes — two or more passengers required at all times — was controversial when it was implemented. That rule would be temporarily modified by Senate Bill 162, scheduled to be heard in the Growth and Infrastructure Committee. The measure would allow drivers of low-emission and energy-efficient vehicles to use the carpool lanes even while driving alone for two years, until the state develops further regulations.