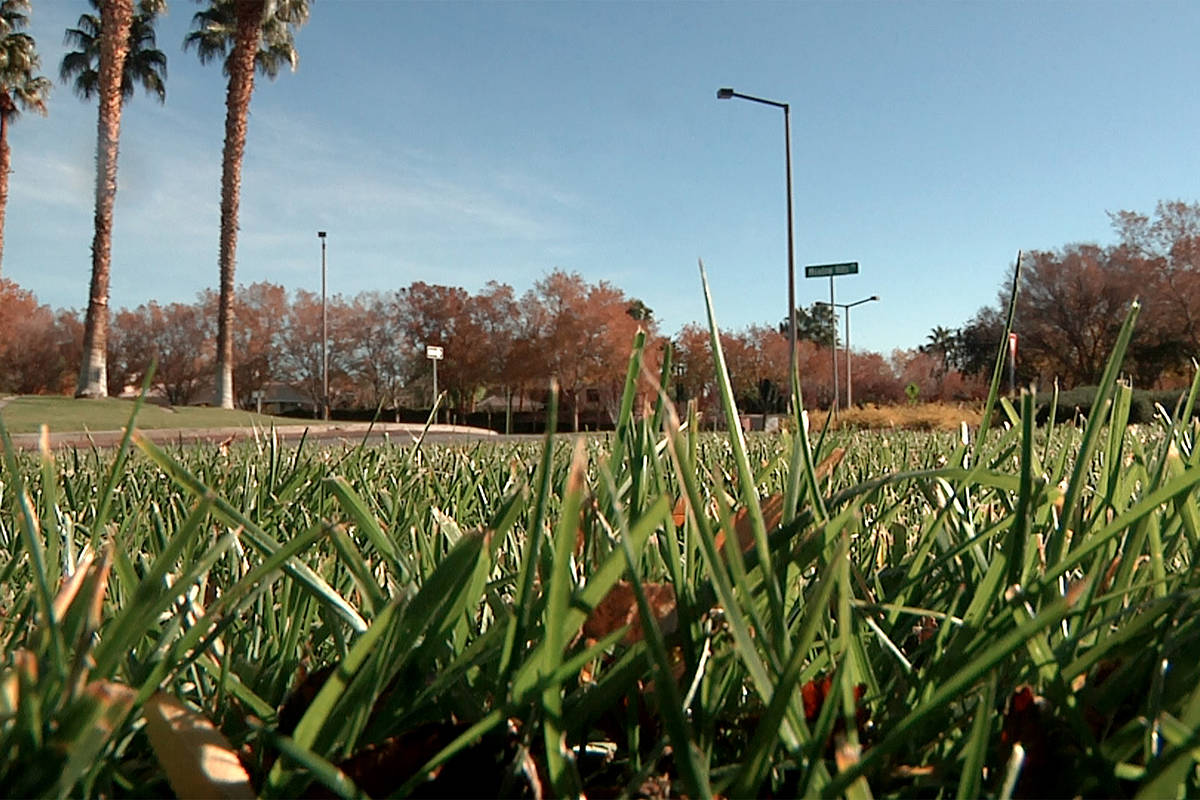 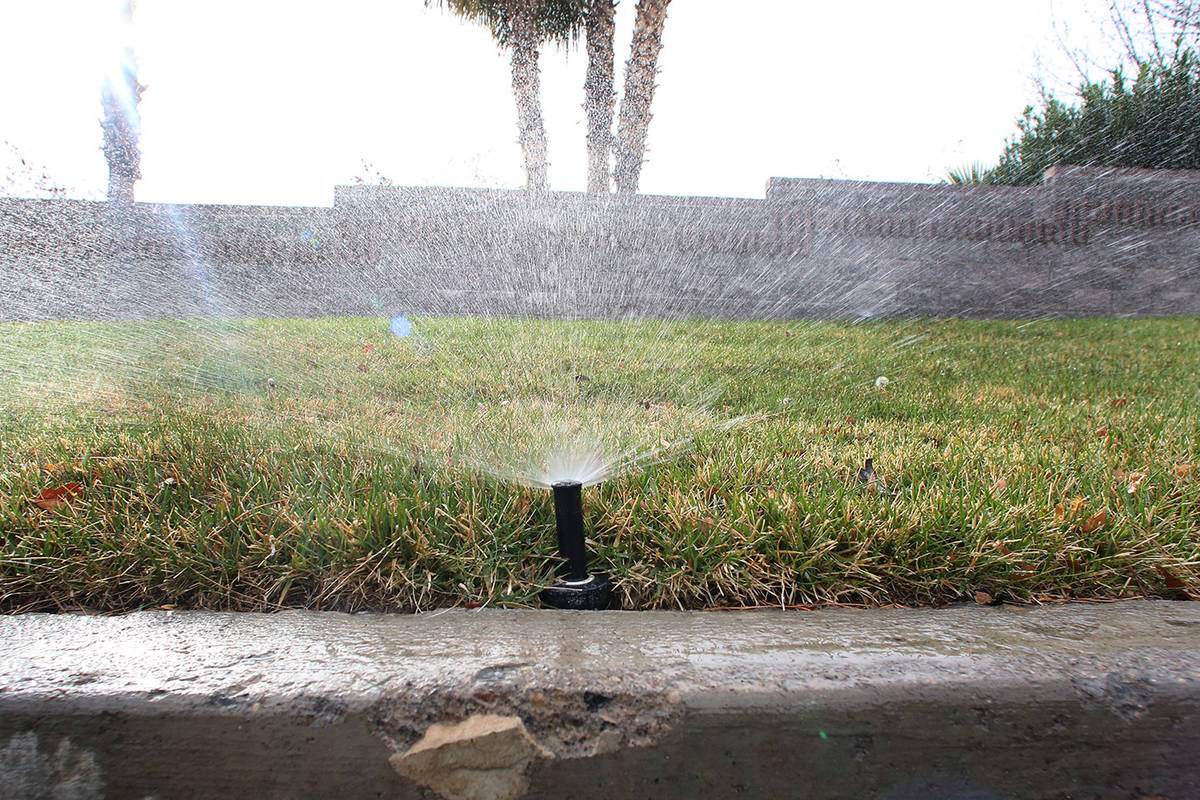 CARSON CITY — With a likely water shortage looming next year, regulators in Southern Nevada are setting their turf-removal sights on the next big group of water hogs.

This week, the Southern Nevada Water Authority made a public ask of Nevada lawmakers to take up legislation that would ban nonfunctional, decorative grass across the Las Vegas Valley by the end of 2026, a move that the authority says will save roughly 12 billion gallons of water annually for the region.

And on Friday, Assembly Bill 356 was amended heavily to include the authority’s proposal. The Assembly Natural Resources Committee approved the amendment and passed the bill, sending it to the full Assembly for a vote.

“It’s exciting to put forward an initiative that would save so much water in Southern Nevada, in my community, in the coming years,” Assembly Natural Resources Committee Chairman Howard Watts, D-Las Vegas, said of the proposal on Thursday.

The water authority says it is targeting “unused turf” with this proposal. So what exactly is that?

It’s the grass you see between roads and sidewalks, in medians and traffic circles and the decorative grass outside of businesses, housing developments and the like. It would not affect the grass in backyards, parks or areas generally used for recreation.

“We have a lot of grass in this community that nobody is playing Frisbee and nobody is having a picnic on,” said Bronson Mack, a spokesman for Southern Nevada Water Authority.

The authority’s push comes as Southern Nevada is facing a likely drop in water allowance from the Colorado River amid a decades-long drought in the West, which the authority and conservation advocates alike say underscores the need for the uptick in urgency that would come with the proposal.

For more than two decades the water authority has encouraged residents and business owners to tear out thirsty grass, with the current incentive program offering $3 for every square foot of turf converted to desert landscaping.

Since that program started in the late 1990s, more than 4,500 acres of thirsty grass has been replaced with desert landscaping in the valley. The new proposal would lead to lead to about 5,000 acres of non-functional turf being replaced in the valley, effectively doubling the removal efforts over the next five years.

“Residents have been doing a lot of the conversion, but we haven’t seen that from the business community to the level that we think we need to,” Mack said.

The latest study from the Bureau of Reclamation in March predicts that Lake Mead’s water level will drop low enough to trigger its first federally declared water shortage by June. A formal declaration on the shortage could come in August if those predictions hold true.

“That’s water that we can save for our future use. That’s water we can use to meet water demands today, or even tomorrow,” Mack said.

The proposal, which the authority announced during the neutral testimony comment period for AB356 on Monday, immediately drew praise from environmental groups, who lauded it as one of the most ambitious pieces of conservation legislation in decades.

“Southern Nevada Water Authority with this is telling everybody how urgent and how dire of a situation we’re in,” said Kyle Roerink, executive director of the Great Basin Water Network.

“I don’t know if there’s ever been a conservation bill as significant at this point in time in recent history,” Roerink added.

In amending the bill, environmental groups flipped from opposing AB356 to being fervent supporters of the newly amended bill.

As originally written and presented by the state Division of Water Resources, the bill would have created a water conservation credit system modeled on one implemented in Oregon.

That bill, as well as another that was presented by the division in Assembly Bill 354, which would have created a water banking system where water rights holders could bank their unused water and allow others to use it, faced fierce opposition from rural farmers, environmentalists and Native American tribes — some thing that has become a common theme when it comes to proposed water law changes in the Nevada Legislature.

AB356 is being replaced by the turf removal proposal, and AB354 won’t survive Friday’s deadline for bills to pass out of committee.

Cathy Erskine, the senior policy analyst for the Nevada Department of Conservation and Natural Resources, said Friday that those bills, which would have been voluntary programs, would have added some flexibility within Nevada’s century-old water laws.

Erskine said they hope to continue having discussions about the original proposals on the water banks and conservation credits, and that they hope those conversations will happen during the interim. She added that the department hopes that lawmakers will take a more hands-on approach to addressing Nevada’s water laws, something that the department thinks could help bring the usual opponents more into the fold and encourage more meaningful discussions.

“We’ve been in drought for a number of years,” Erskine said. “We really need some sort of leadership in the Legislature. We can’t be hands off for this much longer.”