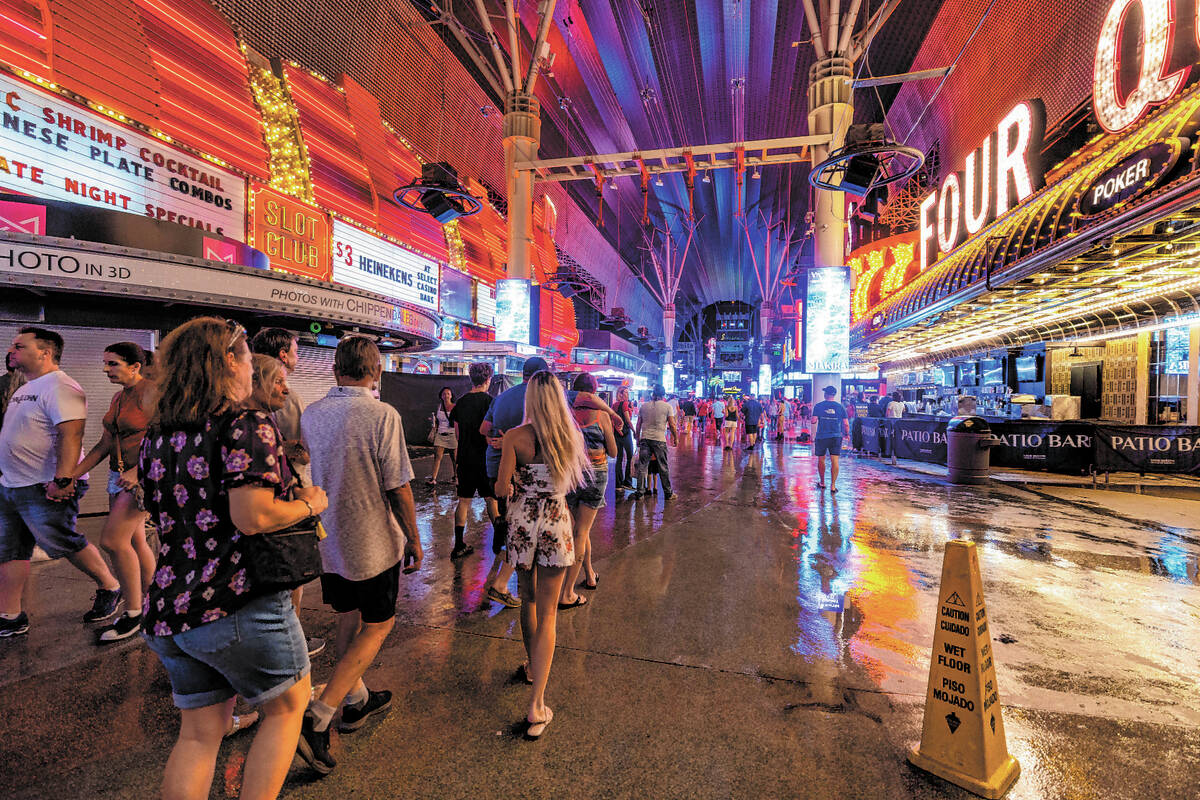 FILE - People navigate the rainy walkways as some power is out at the Fremont Street Experience as a powerful storm moves through the area on Thursday, July 28, 2022, in Las Vegas. (L.E. Baskow/Las Vegas Review-Journal) @Left_Eye_Images

The American Civil Liberties Union of Nevada is suing the city of Las Vegas and the Fremont Street experience over a curfew the organization calls “unconstitutional.”

The ACLU represents a street performer and two 18 year olds who say recent action by the city and the Fremont Street Experience violates their First Amendment rights.

In July, the city approved a special event permit by the Fremont Street Experience that would allow the attraction to prohibit those under 21 — and street performers — from the mall on Friday, Saturday and Sunday nights during the event.

The event, called “Festivus” would run through November 28.

The ACLU alleges Festivus is a fictitious and unadvertised five-month event designed to limit access to the Fremont Street Experience by young adults and others.

“This is just another example of the city’s complicity in treating public property like it belongs to Fremont Street Experience and its casino owners,” said the ACLU’s Chris Peterson. “Fremont Street is a public forum, and it should be open to the public.”

The lawsuit was filed this week in federal court in Las Vegas.

City of Las Vegas spokesperson Jace Radke said it is the city’s practice not to comment on pending or ongoing litigation. A comment from the Fremont Street experience was not immediately available.

The ACLU and the city have tangled for decades over the issue of free speech on the mall ever since Fremont Street was closed to vehicle traffic and transformed into a pedestrian mall covered by a four-block-long movie screen with regular shows in 1995.