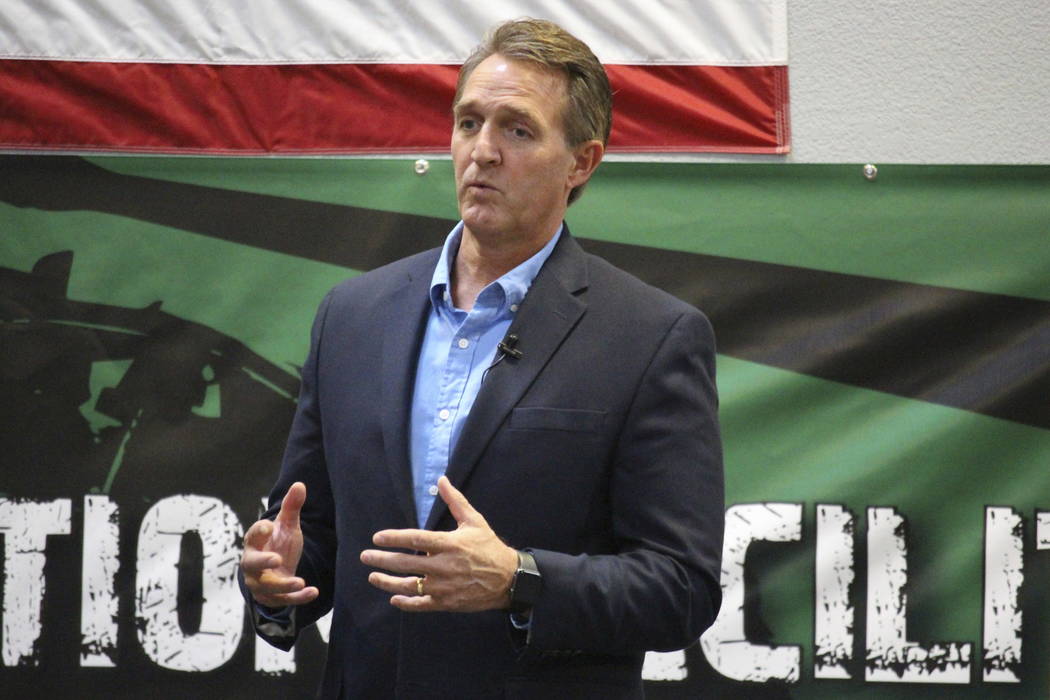 PHOENIX — Republican U.S. Sen. Jeff Flake was caught on an open microphone saying that the GOP is “toast” if it follows President Donald Trump and Alabama Senate candidate Roy Moore.

Flake was talking to the mayor of the Phoenix suburb of Mesa offstage Friday after speaking at a town hall session for aerospace company workers. He apparently didn’t know the microphone attached to his lapel was still on when he said , “(If we) become the party of Roy Moore and Donald Trump, we are toast.”

TV stations at the event picked up his comment. Flake’s office told KNXV-TV that the senator said “if we” before the Phoenix station’s cameras started but that it had nothing more to add. Flake made a surprised expression when someone pointed out the microphone afterward.

Flake has been an outspoken critic of Trump and announced in a forceful speech on the Senate floor last month that he would not seek re-election next year. He acknowledged that he could not win a GOP primary in the current political climate.

Flake also has criticized Moore, who is facing allegations of sexual misconduct against teenage girls decades ago and calls to drop his bid for the U.S. Senate. Flake said he would “vote for the Democrat” if he were in Alabama and had to choose between Moore and Democratic challenger Doug Jones.

In the exchange with Flake, Mesa Mayor John Giles appeared to tell the senator to run for higher office.

“I am not throwing smoke at you, but you’re the guy,” Giles said. “Just for fun, think about how much fun it would be, just to be the foil, you know, and point out what an idiot this guy is.”

Giles didn’t mention those comments in a statement to the TV station.

“As a lifelong conservative Republican, I am troubled when candidates like Roy Moore send the wrong message about my party’s ethics and policies,” he said.