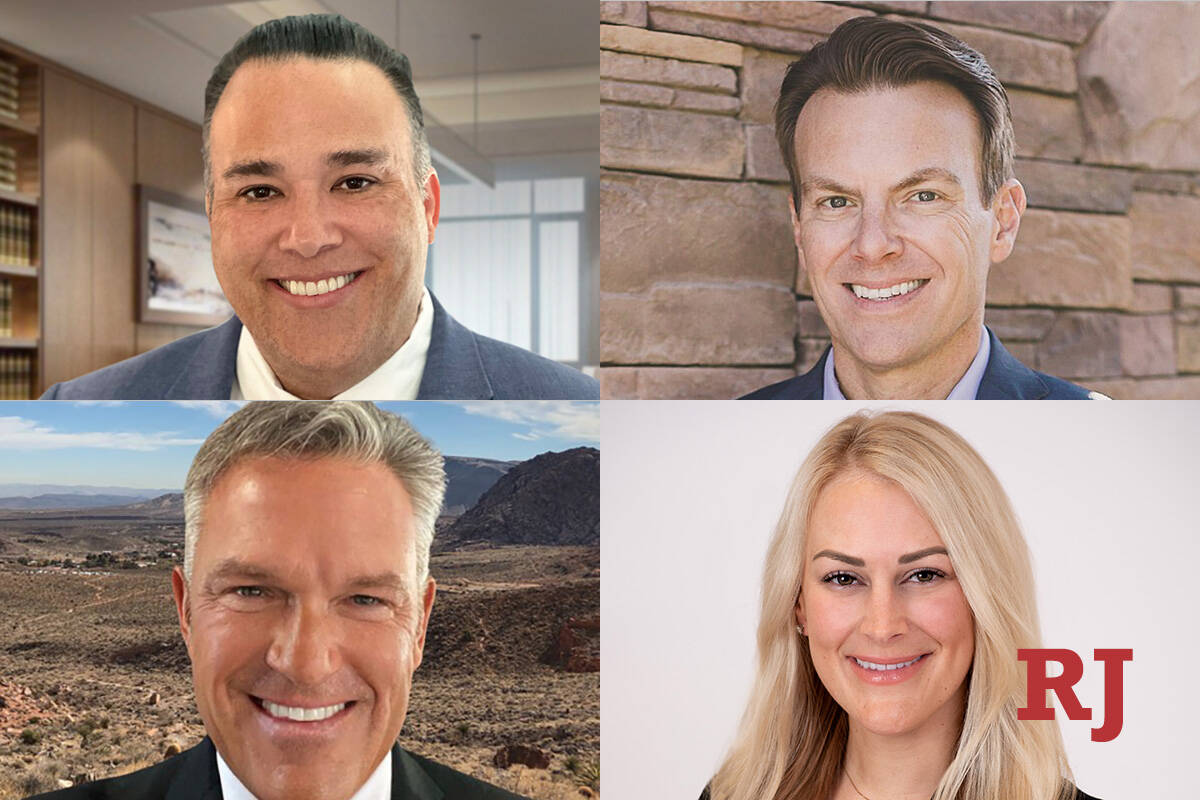 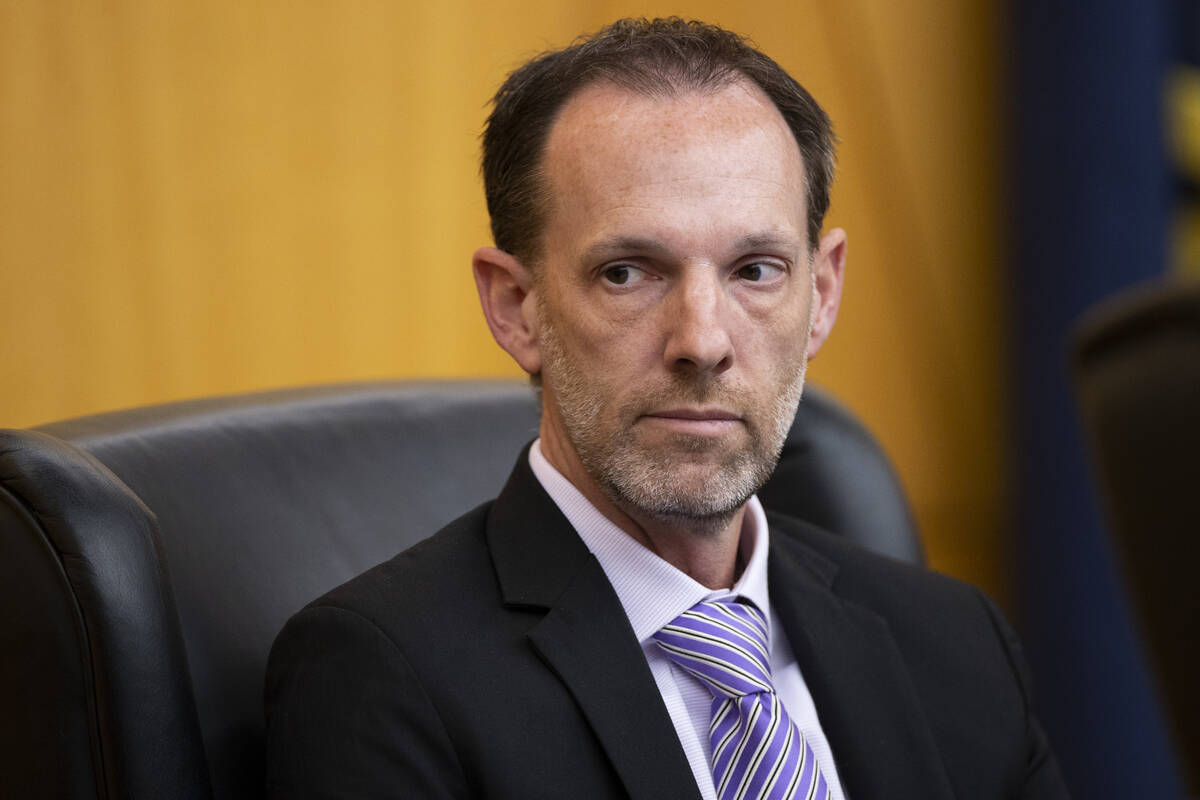 Four Republicans are running for Clark County Commission in District F, leaving one question for voters in June: Who will they choose to contest Democratic Commissioner Justin Jones’s re-election bid in November?

The choices in the Republican primary include a financial director, a policy analyst, a retired music publisher and a former county planning commissioner.

Two of the candidates raised issues with how the all-Democratic County Commission has handled the pandemic, citing the lawmakers’ response for why they chose to enter the race to represent the district that covers the southwestern Las Vegas Valley.

Mike Campion, 51, the director of branches for SCE Federal Credit Union, said he witnessed the business effects of the public health crisis firsthand: His company, not considered “essential,” could not receive personal protective equipment; he had to hunt for plexiglass to outfit the business for safety purposes; and he claimed that construction permits were slow to get to establishments trying to adapt.

Campion also pointed to long wait times that marred the rollout of the county’s rental assistance program, which has thus far delivered more than $200 million in aid.

Drew Johnson, 42, a senior fellow at the National Center for Public Policy Research, a conservative think tank, said the county had missed the opportunity to work with small businesses to allow them to quickly reopen and serve customers in a nontraditional way during the statewide economic shutdown.

Johnson said he has committed his career to government transparency and accountability for how taxpayer dollars get spent, and he wants to serve as a watchdog for how the county allocates hundreds of millions of dollars in federal COVID-19 relief aid.

“The key for me is to make sure those dollars are spent well and spent with proper oversight,” he said.

John Ovnik, 56, a retired musician who works part time in operations for The Boring Co., views himself as a pro-union, moderate Republican and believes that the current commission’s perspective as a whole is “just too one-sided.”

Ovnik said he was “very sensitive” to labor agreements, having been a part of three unions during his career, and — although a private sector issue — says there should be a concerted effort to raise living wages for tourism industry workers who are being priced out of an increasingly expensive housing market.

“The free-for-all mentality is getting harder and harder for people to survive,” he said.

Waltho said she wants to ensure that the county is following its master plan and that officials involve residents throughout the development process because neighbors often feel excluded and final commission votes have not reflected their voices and concerns.

“I think that’s where the No. 1 frustration is,” she said.

Waltho, a self-described lifelong conservative who re-registered as a Republican in July following a brief switch to nonpartisan, said that she would push to increase the police budget if necessary to address public safety, another top priority, and seek to improve infrastructure by ensuring there were sidewalks in neighborhoods.

“I think for me, it’s just I’m accessible and I’m here to listen,” she said. “Politics is not something that comes natural to me, but listening and being there for people is what I know best.”

Ovnik cautioned that major change does not stem from any one decision on the commission but that such choices can cumulatively make things better, safer and more forward-thinking: “How we do it as a group would be the key.”

Coming from a long line of educators, he said he wants to see education reform as part of a group effort including the commission and school board, and he underscored his involvement with veterans issues working on a project for the Cook County jail in Chicago that used educators and social workers to assist those with emotional issues that stem from combat.

Johnson said it was important that police officers knew they were supported and that regulatory hurdles were removed to assist small businesses.

He said that voters could trust him as a fiscal conservative who understands budgets and policy, and he touted a 20-year career working for free-market think tanks and the media as a columnist who has written more than 3,000 op-eds.

Pre-empting what he described as a threatened political attack to scrutinize old writings, Johnson has used his campaign website to defend past columns, including a 2013 piece in The Daily Caller, a conservative news site, that cited research to describe the success of online pornography in reducing rapes and sexual assaults in the U.S.

Campion claimed that the county was restricting private groups seeking to aid homelessness, and he said he wants to work with faith-based organizations to make inroads on the issue.

He also disputed that the region was low on water, saying that development was being hampered by undue fears over usage, which Southern Nevada has been effective in regulating.

“A lot of this will be exposure,” he said about his plans for the commission. “Hey, let’s talk about this stuff and bring it to the forefront.”

Johnson holds a slight fundraising edge over Waltho, having raised more than $26,000 during the first quarter of the year, compared to Waltho’s $23,000-plus haul, according to campaign finance records. Campion reported raising roughly $541, while Ovnik has said he did not raise any money during the period, records show.