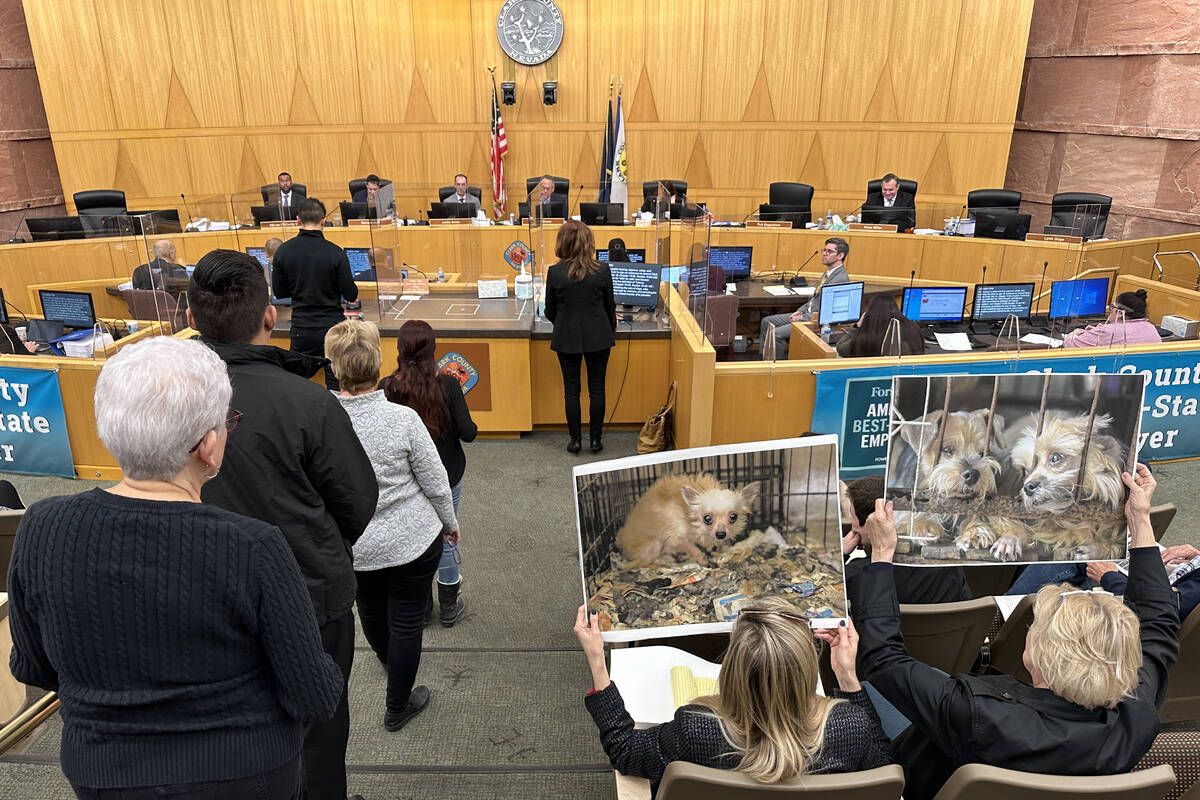 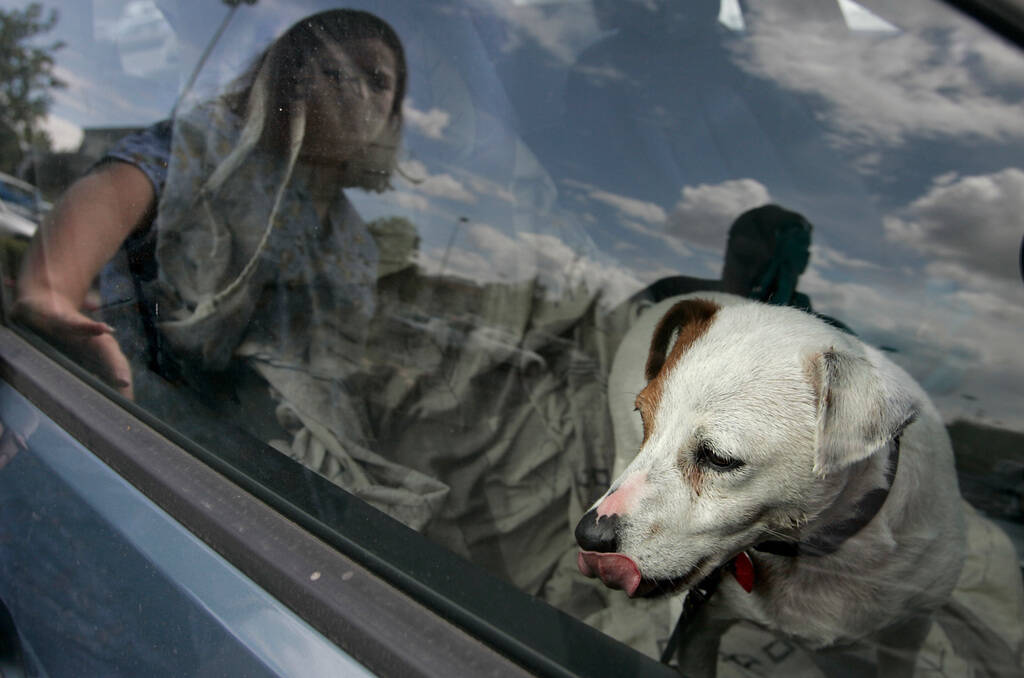 Jack, a Jack Russell terrier mix, waits for his owner, Maga Zink, shown reflected in the window, after a visit to the Petsmart store in Summerlin on Thursday, May 22, 2008. (Jeremy Lyverse/Las Vegas Review-Journal)

The ordinance — which gives affected businesses a year to transition to another business model — passed in a unanimous vote to fanfare from a packed room that saw more than two dozen people speak in support.

Each illegal sale would incur a $500 minimum fine, according to the ordinance.

Furthermore, under the proposal, retailers would be allowed to open for rescue organizations, such as shelters, to offer animal adoptions to boost business in their store “for their other retail merchandise,” according to the county.

The county in October approved a business impact statement.

A public hearing scheduled for Nov. 1 was delayed while the county researched the impact of a similar law in California and how shelters there were impacted.

Jim Anderson, with Clark County’s Animal Protection Services, said his office sent inquiries to 41 agencies in that state, with about a one-third response rate.

Separately, the county also reached out to 458 pet stores and a wide-array of organizations, including to the influential Vegas Chamber, which endorsed the ordinance. Seven of eight business owners who responded opposed the ban, citing financial losses and being tied to commercial leases.

“From the responses that we received, the (California) state law didn’t show an improvement to the number of animals in the shelter,” Anderson told commissioners. “And in some cases, right now, they’re showing an increase.”

Anderson said that like Clark County, the California increases were attributed to the pandemic. The Animal Foundation nonprofit shelter, which is partially funded by taxpayers, for example has encountered animal overpopulation and turmoil within its ranks.

The bans also have purportedly been detrimental to some California pet stores, Anderson said. “Most of the pet stores did go out of business.”

Commissioner Michael Naft, who introduced the ordinance, said that “this is both the humane thing to do and the fiscally responsible thing to do,” noting that the county spends more than $6 million a year for animal control and housing strays.

“I think we need to, from a policy perspective, make sure that we’re not both funding the problem and funding the solution here,” Naft said.

He acknowledged the likely business impact.

“I don’t think anybody here wants to see a business negatively impacted,” he said, adding that he had instructed the Office of Economic Development to organize a “transition assistance” grant program.

“I think a lot of the people here will rally behind those dozen business license (holders) who do the right thing,” Naft said.