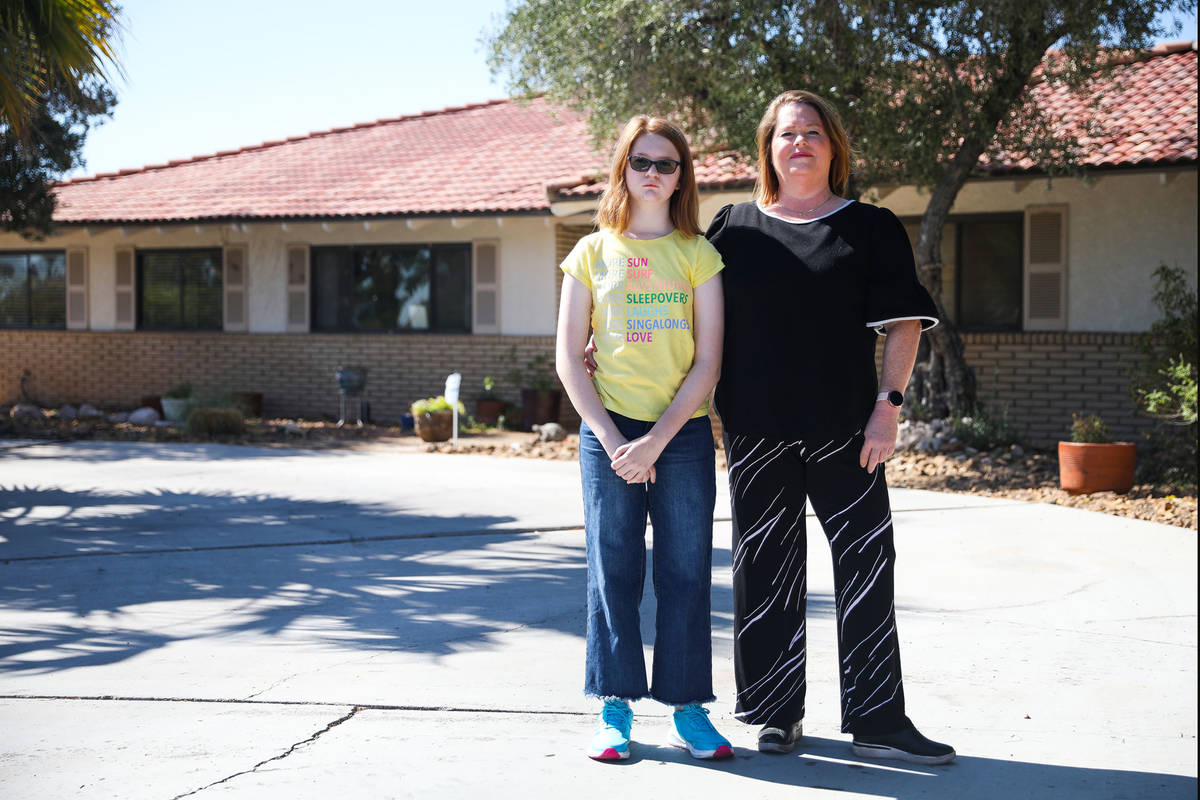 Lisa Skurow and her daughter Abby Skurow, 10, outside their home in southwest Las Vegas, Friday, June 25, 2021. Lisa, who wants to preserve the community in her area, is against the use of short-term rentals in her neighborhood and believes a new law forcing Clark County to legalize and regulate short-term rentals will make things worse. (Rachel Aston/Las Vegas Review-Journal) @rookie__rae 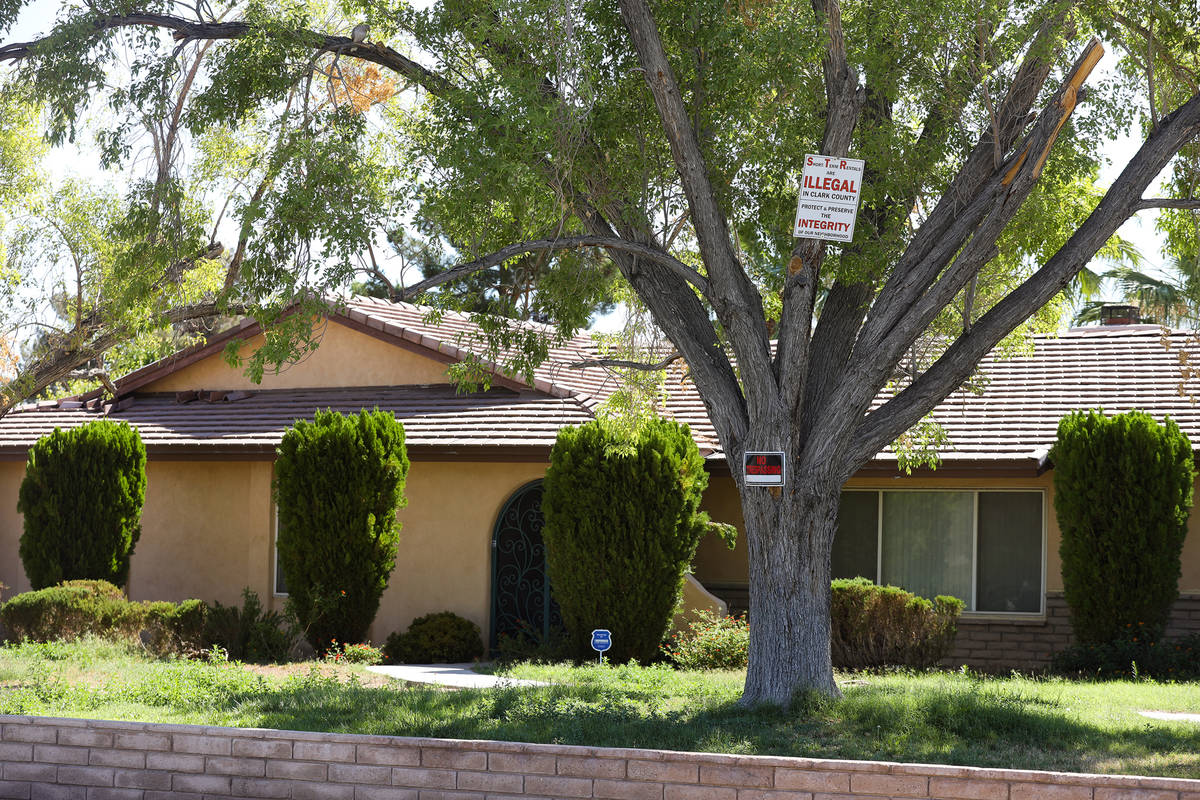 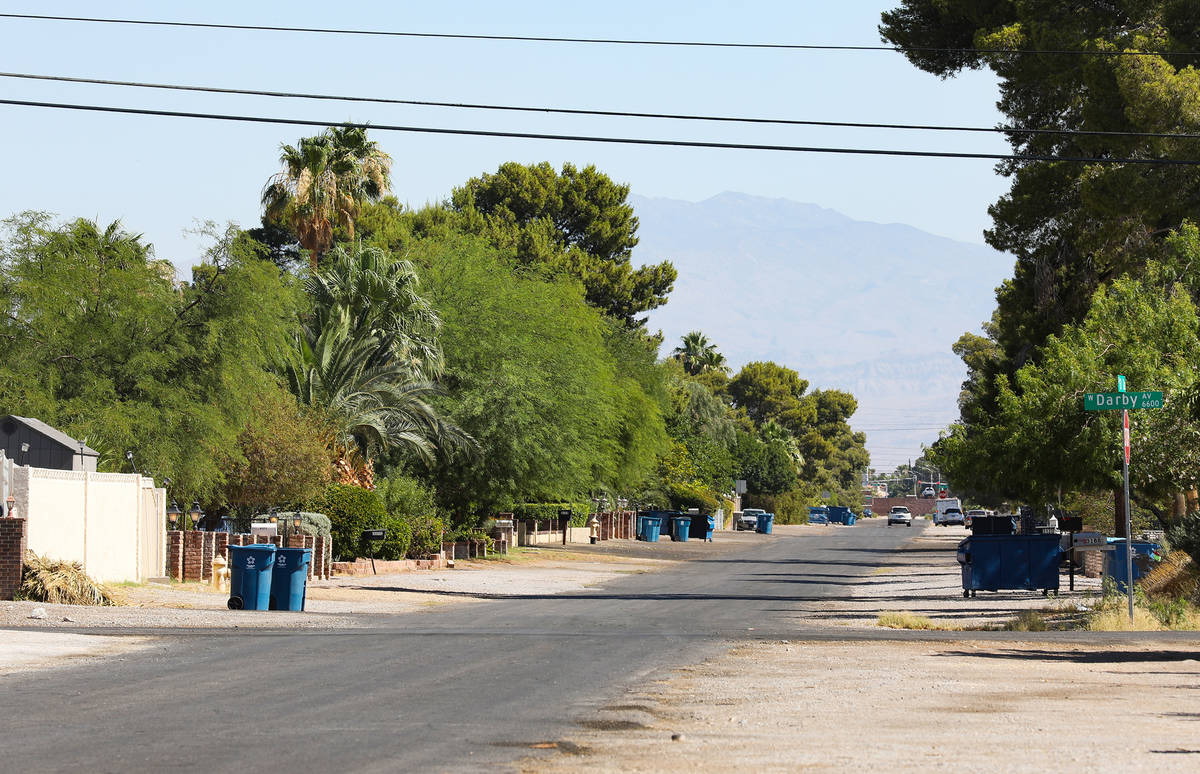 Clark County is the only major jurisdiction in Southern Nevada with an outright ban on short-term rentals, yet the prohibition has proved to be ineffective in controlling thousands of unlawful operators.

More than 6,000 properties are estimated to be defying the ban in the unincorporated county, officials say.

As scores of rentals continue to flout the local law, and millions of dollars in potential room tax is left uncollected, state lawmakers recently mandated that the county break with its long-held policy.

Beginning July 1, 2022, short-term rentals in the unincorporated county must be legalized, ushering in a new and regulated frontier for home sharing in the state’s most populated region that includes the Las Vegas Strip.

Assemblywoman Rochelle Nguyen, the primary sponsor of Assembly Bill 363, which forces the county to regulate the industry, said she spent 18 months reaching out to a broad spectrum of stakeholders. Among them: neighbors who complained about loud and intrusive parties, neighbors who viewed the rentals as critical investments for extra income, diverse labor groups and police chiefs.

Ultimately, Nguyen said she found that Nevadans needed clarity on the law of the land in Southern Nevada, where cities and the county had each adopted unique rules. She also concluded that bans, as instituted in the county, were futile.

“I don’t think they work,” she told an Assembly committee in late April. “I think we are missing out on the potential revenue and it makes it difficult for our counties and cities to enforce what is being perpetrated in our communities with these investment properties.”

Not a ‘perfect bill’

But the bipartisan legislation signed into law by Gov. Steve Sisolak earlier this month managed to draw opposition from divergent sides of a debate that lawmakers and others say is complex and emotionally charged.

Neighbors upset with “party houses” in tight-knit residential areas were angry that short-term rentals were being permitted at all, believing that restrictions in the bill did not go far enough.

Those who advocate for short-term rentals as a property right and important mom-and-pop investment thought that demands placed on operators were too limiting.

“I would be foolish to think that I somehow made the perfect bill,” Nguyen said in an interview last week, acknowledging that the legislation “was kind of ambitious.”

It was meant to put guardrails in place against the proliferation of short-term rentals in the valley and provide a pathway to legal operation, while still allowing local jurisdictions to develop their own rules, she said.

The county must work in the months ahead to craft an ordinance regulating short-term rentals that will incorporate at least the minimum standards in the legislation and set other rules as required by the bill.

Nguyen said she anticipates continuing to meet with the county — and with officials in Northern Nevada who were not affected by the current legislation — to keep tabs on how regulations were working across the state.

Will regulations help? County not speculating

The county greeted the bill less than warmly because it applies only to Clark County, Henderson, Las Vegas and North Las Vegas — leaving out all other counties and cities in the state — and officials were concerned that it lacked teeth.

County officials, who say the county responds to roughly 800 short-term rental cases per year, told state lawmakers they did not have the tools needed to compel violators to comply. A county bill that would have allowed certain unpaid fines for violations to be a special assessment collected at the same time as property taxes failed this session.

County lobbyist Justin Harrison framed regulations as a matter for local control. The county also estimated that Nguyen’s legislation will cost more than $3.8 million over the next two fiscal years in increases to staffing in fire, code and business license departments.

The county said this week it ultimately moved to a neutral stance on the bill after the final version offered more flexibility to local governments to develop and enforce regulations.

But as for whether county officials believe that regulations will reduce the number of unlawful short-term rentals in unincorporated territory, spokesman Dan Kulin said, “We wouldn’t want to speculate on that.”

Jim Andersen, the county’s code enforcement chief, told state lawmakers during a hearing on the failed county bill that data across the U.S. showed that the best-regulated jurisdictions were still only seeing 60 percent to 75 percent compliance rates for registration of short-term rental properties.

The data would suggest that 2,000 or so short-term rentals would continue to operate unlawfully even after regulations were established, Andersen said.

Even the city of Las Vegas, which has already regulated the industry, has an estimated 1,400 illegally operating rentals, Nguyen noted this week.

For affected Southern Nevada jurisdictions with rules already on the books — Las Vegas, Henderson and North Las Vegas — the bill’s effect will be less dramatic than in the county, which had been mulling the possibility of creating an ordinance before the pandemic.

Under the bill, the county must adopt an annual registration fee; set up to collect transient lodging taxes; prohibit party homes; establish requirements for noise, security and trash; and create civil penalties for violations.

Baseline standards for the unincorporated county and the three major cities were intended to provide protections for neighborhoods not governed by a homeowner’s association that could simply forbid vacation rentals outright.

The standards dictate that there is a two-night rental minimum unless the property owner lives there, rental units must be at least 660 feet away from another such property and at least 2,500 feet away from a resort hotel, occupancy cannot exceed 16 people and no rentals are allowed in apartment complexes.

Investors also may not hold more than five short-term rentals per state business license, which Nguyen said was intended to curb large hotel chains and other big-time investors from swooping into a neighborhood and bulk-buying homes.

“Throughout the country, unregulated or poorly regulated short-term rentals have caused affordable housing crises and we must take proactive steps to prevent that from happening in Nevada,” said Culinary Workers Union Local 226 lobbyist Jim Sullivan during the late-April hearing.

Hosting platforms such as Airbnb and Vrbo must submit quarterly reports to the county providing specific data including the number of bookings, listings, owners and lessees; the current revenue from all rentals; and the average length of a rental in the county.

A state business license and county authorization must be displayed in the rental unit and in any online advertising, and the county may require a hosting platform to verify a rental unit is authorized to serve as a short-term rental before advertising.

“By holding these platforms accountable, that helps to then hold the homeowners accountable as well,” said Pam Knudsen, a senior director of compliance services with Avalara, a company that makes tax collection and remittance software used by major vacation rental platforms.

Knudsen, who has been following the short-term rental situation in Clark County, said that more jurisdictions across the United States have been moving to set regulations in order to capitalize on significant tax revenue they otherwise would be missing.

The Nevada Resort Association supported the bill for leveling the playing field by making short-term rentals also pay taxes. Airbnb got behind tax parity but opposed the bill. The home sharing giant raised questions about buffer requirements and sought to eliminate the two-night minimum.

“We are coming off the heels of a once-in-a-century pandemic that has devastated the travel and tourism industry,” said Adam Thongsavat, program director with Airbnb, during the late-April hearing. “Now is a time to help draw visitors to Nevada in a safe and healthy manner.”

‘Let them open a hotel’

Lisa Skurow, a real estate broker, lives in the Spring Valley area near Jones Boulevard and Edna Avenue. For the past five years she and others in her neighborhood have been fighting illegal vacation rentals.

Bulk home buyers have uprooted the peace in her rural preservation estates neighborhood, she said, where houses sit on half-acre or larger lots and there are no sidewalks.

Skurow said she has seen exotic rental cars fly up her street despite a 25 mph speed limit and she said there was a gang shooting only feet from her home in February. There is noise, traffic and excessive amounts of trash at party-hosting rentals taking over the neighborhood.

But Skurow is also unconvinced that regulations will alleviate the issues. Instead she believed that short-term rentals were inherently different in Las Vegas, where revelry is encouraged, than elsewhere in the country.

“It’s a very simple, black-and-white answer for me,” she said. “Listen, if these people want to be hoteliers, let them open a hotel.”

The Greater Las Vegas Short-Term Rental Association, which advocates for legalizing vacation rentals across the state, did not endorse the bill either, but its concerns were rooted in provisions such as distance separation requirements it felt were too restrictive.

Not for lack of trying

There are many short-term rentals in Clark County Commissioner Michael Naft’s district, which straddles the Strip at points and stretches to the southeastern Las Vegas Valley.

Naft said he understood that so-called party houses were only a fraction of the total vacation rental market but they threatened quality of life for neighborhoods “in many ways, under siege.”

He also said he “recognized that doing nothing is just turning a blind eye to what’s happening under our nose.” There have been ongoing conversations with constituents, according to Naft, and talks about a potential ordinance regulating the market had been underway prior to the pandemic.

Struggles enforcing the county’s ban have not been for a lack of effort, Naft added, pointing to significant legal thresholds that must be met to effectively crack down on party houses, leading to neighbors feeling drained after fighting illegal vacation rentals for years.

“I don’t know if this solves all of our problems,” he said about the bill, yet he assured that the county will enforce all the laws on its books.

MOST READ: POLITICS & GOVT
1
Sisolak pleads with Nevadans to get vaccinated; ‘No one wants a mandate’

2
Hundreds of homes threatened with foreclosure for overdue trash bills 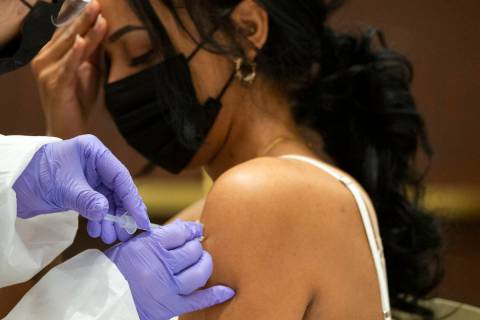 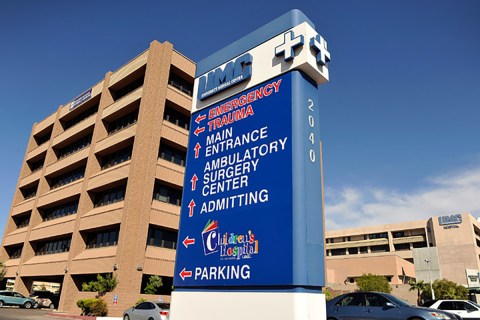 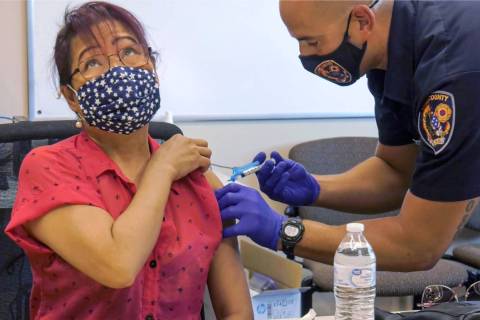 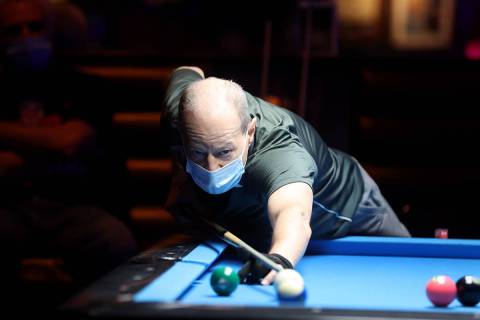