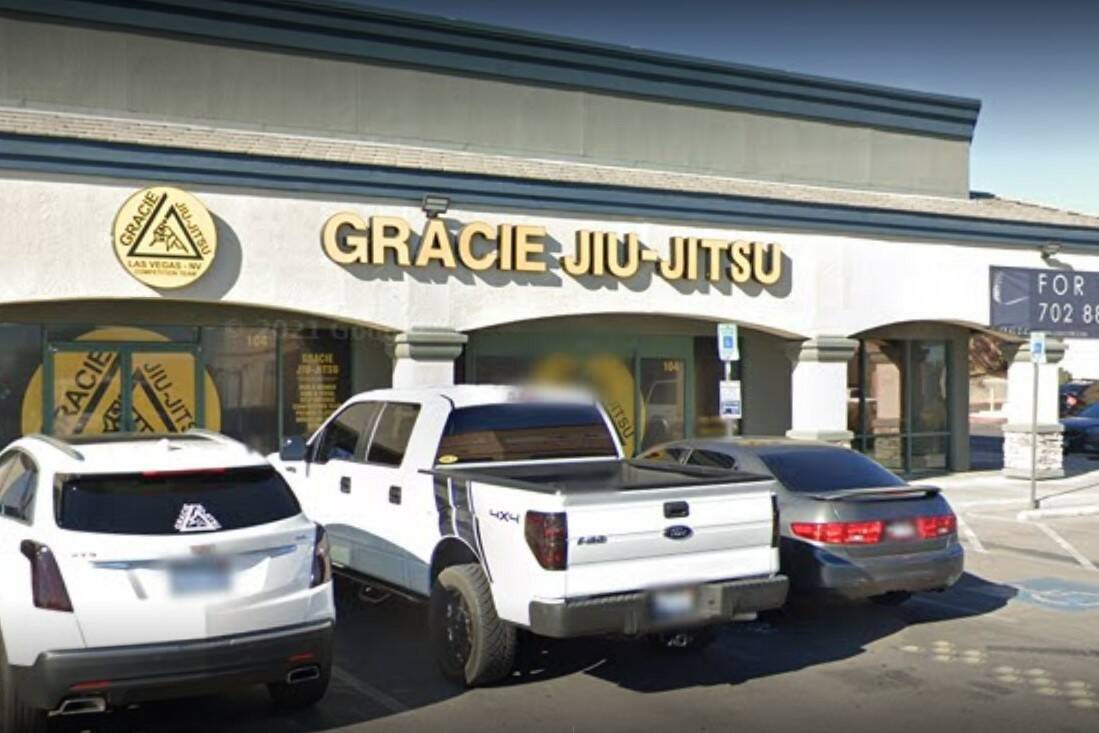 As owner of a jiu-jitsu studio catering to children, Andre Almeida said he did not think the dispensary would be a good fit. Parents of students in the martial arts academy felt similarly, he told county lawmakers during the zoning commission meeting on Nov. 3.

“I don’t think that’ll be great for us to have a dispensary right down in front of the school,” Almeida said, noting that he had learned of the proposal only two days earlier.

But after the commission unanimously gave the dispensary the green light to move forward, Almeida turned his attention to the court system.

Gracie Jiu Jitsu Summerlin is now asking a Clark County District Court judge to overturn the commission’s decision and block Zen Leaf Dispensary from relocating its business to the strip mall on the southwest corner of Fort Apache Road and Hacienda Avenue where the martial arts academy also does business.

The academy sued the commission on Dec. 10, arguing that the dispensary should have been barred by state distancing requirements, which prohibit retail marijuana stores within 300 feet of a community facility. In part, such facilities are defined under Nevada law as having the primary purpose of providing recreational opportunities or services to children.

Gracie Jiu Jitsu Summerlin is within 150 feet of the dispensary’s approved relocation and teaches more than 200 children, some as young as five years old, according to Almeida and his attorneys.

“(I)t would be absurd to believe that a martial arts academy that trains hundreds of children would not qualify as a community facility,” the lawsuit stated.

But there appears to be a major hurdle to that contention: The studio did not meet the definition of a community facility when the Nevada Cannabis Compliance Board reviewed the matter earlier this year. Steve Gilbert, a health program manager for the board, wrote to a dispensary representative in March that the board did not “see any issues” with the jiu-jitsu academy’s proximity to the cannabis retail store, according to the lawsuit.

County Commissioner Justin Jones cited the board’s finding before he voted to approve the necessary special use permit for Zen Leaf Dispensary in his district. Jones also pointed to other tenants in the shopping plaza, which include a tobacco smoke shop, grocery store, gas station and a gaming establishment with a bar.

“I’ll be honest with you, I have a hard time with the arguments that somehow a dispensary draws a different type of people than a smoke shop, or a CBD store, or any other type of use where there are regulated products,” he said during the Nov. 3 meeting.

Attorneys for the academy, however, suggested that the Cannabis Compliance Board had been misled.

They claimed that the board’s finding was not predicated on “a legitimate factual inquiry and legal analysis.” Instead, they alleged the conclusion was based on a letter — used in a February project separation study — that was written by Mica Cipili, who is no longer affiliated with the Summerlin academy and was not authorized to speak on its behalf.

Cipili, who had previously sold his interest in Gracie Jiu Jitsu Summerlin, inaccurately wrote that providing recreational services to children was not the academy’s primary purpose and that the academy did not object to a retail marijuana store at the location, according to the lawsuit. The legal filing also claimed that he was now willing to retract the letter.

Tony Celeste, a lawyer representing Zen Leaf Dispensary, told the commission during the early November hearing that Cipili was listed as one of two managing members of the academy in a state business licensing record, although the studio’s attorneys argue the record was outdated.

“We did reach out to the tenant, which is more notification which would then generally been given,” Celeste said, adding that they had only learned the day prior to the hearing that Cipili reportedly sold his interest. “So we feel like we did take the appropriate steps and the appropriate measures to reach out.”

The county and Jones declined to comment Monday on the lawsuit, citing their routine practice of not publicly speaking about litigation. The lone media representative for the Cannabis Compliance Board was out of the office and did not respond to an email inquiry, and neither did attorneys for Gracie Jiu Jitsu Summerlin.

The 3,100-square-foot cannabis retail store will be housed inside a new commercial building on vacant property, with a drive-thru operation in the parking lot, according to county records. County staff had recommended the project’s approval, according to a county staff report, noting that the applicant had met distance requirements, that there was not a concentration of cannabis stores in the area and that the new facility would not increase crime.