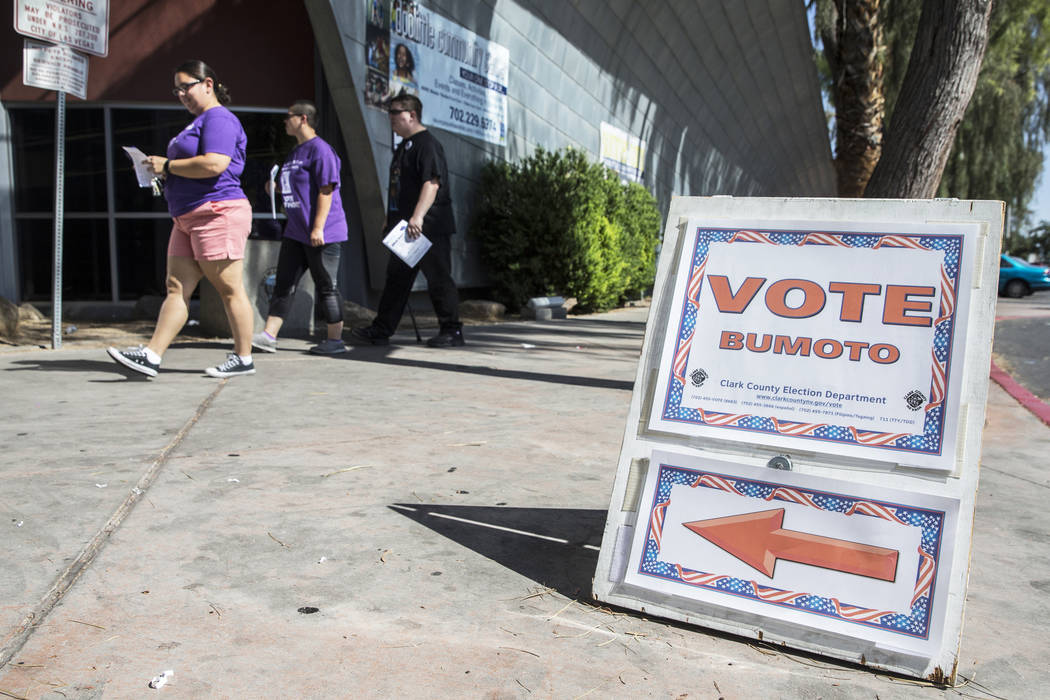 With one day left to vote, about one-third of eligible voters have cast ballots in a special Republican primary election for the Clark County’s public administrator office.

Clark County Registrar of Voters Joe Gloria said he is happy with the special election’s turnout.

“I think it’s over and above what anybody expected for this special election. I wouldn’t be surprised if we’re closer to 32,000 or 33,000 (votes) by the time we’re done.”

More than 59,000 people voted in the June 12 election. Ballots for the special election must be received by 7 p.m. Tuesday to be counted, so those wishing to vote who have not mailed their ballot should drop off their ballot at one of eight locations in the county.

Aaron Manfredi defeated Thomas Fougere by four votes in that race, but the county required the election to be reheld because 43 voters may have cast ballots twice due to a combination of human error and technical problems.

“Our campaign was cognizant that voter turnout for this special election would be significantly less than it was initially in June, but we are confident that Thomas Fougere will emerge victorious based on his own merits,” Fougere campaign adviser Kassee Bulen wrote in an email.

Manfredi said he has used robocalls and handed out about 3,500 flyers to let constituents know to vote again.

“Regardless of what’s going on, you have to keep fighting,” he said. “If I just sit back and let things be, then what kind of message would that send to the voters?”

The winner of the primary will face Democratic candidate Robert Telles in the Nov. 6 election.

Gloria said about 1,700 ballots have been submitted without signatures, making them invalid. If those voters want their ballots counted, they need to come to the county election center in North Las Vegas and sign them.

Voters can check whether they signed their mail ballot by contacting the county election department at 702-455-8683 or at Clarkcountynv.gov/election/Pages/VoterServices.aspx.