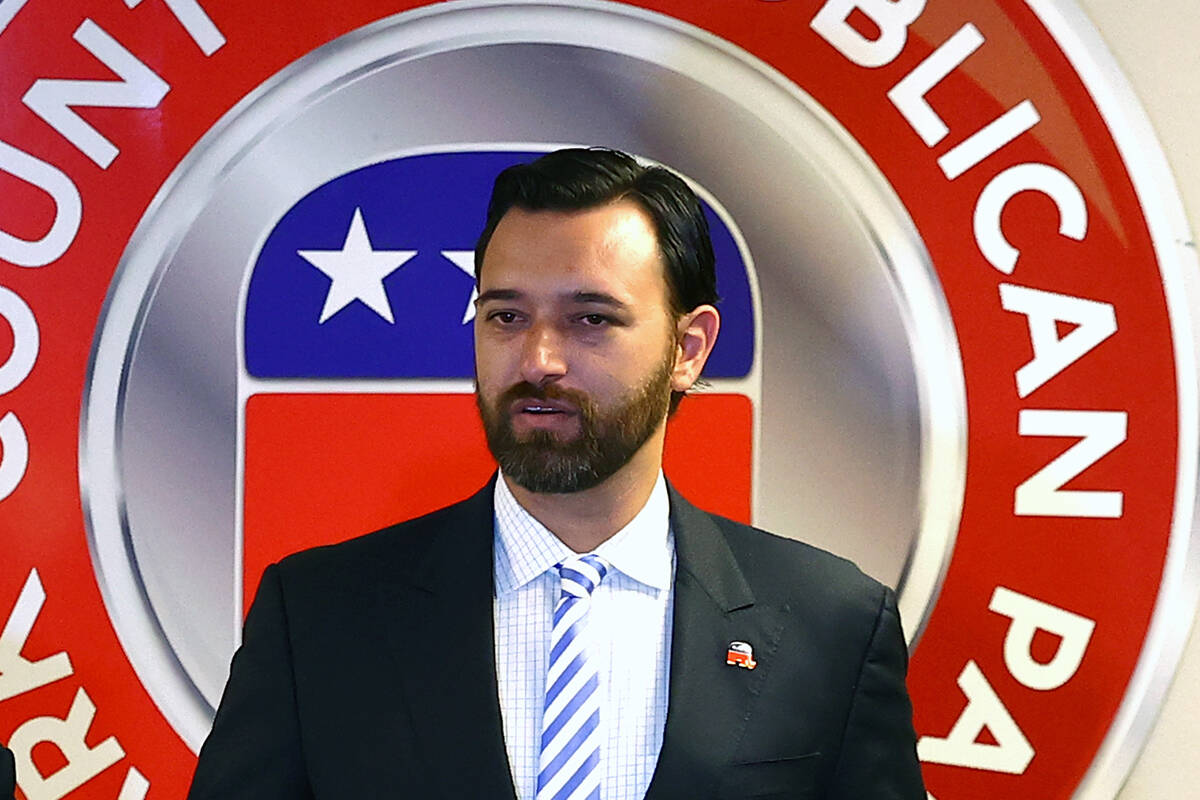 Stephen Silberkraus, shown Monday May 24, 2021, says he is the acting chairman of the Clark County Republican Party. But warring factions of the party are planning separate assemblies for its regular meeting next week. (Bizuayehu Tesfaye/Las Vegas Review-Journal) @bizutesfaye

Warring factions of the Clark County Republican Party are planning separate assemblies for the party’s regular meeting next week.

It’s the latest tangle between two groups that have struggled for control of the local party. Both sides contend they are the rightful leaders of the county GOP and are in charge of conducting the Sept. 21 meeting.

After a July 20 meeting ended in chaos without electing a new leadership team, a faction of the party decided to reconvene the meeting at another location to finish the process. At the July 28 follow-up meeting, Jesse Law and a group of others were elected to lead the party.

Law contends he is now the party’s rightfully elected chairman.

At the time, the acting leadership of the county party called the follow-up meeting fraudulent. They sued Law and the others in August.

Then-District Judge Elizabeth Gonzalez ruled in the acting leadership’s favor early this month and voided the election, saying the July 20 meeting was ended by police and that the follow-up meeting was improperly noticed.

She said a new election would be held at the party’s next regular meeting, scheduled for Sept. 21.

But that ruling was overturned last week by District Judge Susan Johnson, who found the July 20 meeting was recessed, not terminated. Law’s team argued that the party’s membership was allowed to reconvene the recessed meeting to elect new leadership.

Johnson dismissed the lawsuit, questioning whether she had jurisdiction to handle the dispute.

Hours after Johnson’s ruling gave Law and his team new life in the conflict, Law sent a notice for the next regular meeting out to Clark County GOP membership. His team intends to hold its meeting at the Ahern Hotel on Tuesday.

Asked this week about the competing meetings, Law said, “There’s only one organization, and that’s my only comment.”

But the group that filed the lawsuit said Law is not in charge and that the party’s board did not approve of the July 28 meeting at which Law and his slate were elected.

Law’s team also sent a notice with an agenda item to recall several county board members. On Wednesday, Law said party bylaws allow a quorum of membership to submit a recall petition.

He said part of the justification for the petition was that the board members were allegedly working with outgoing party officers to exclude some members while adding “honorary” members.