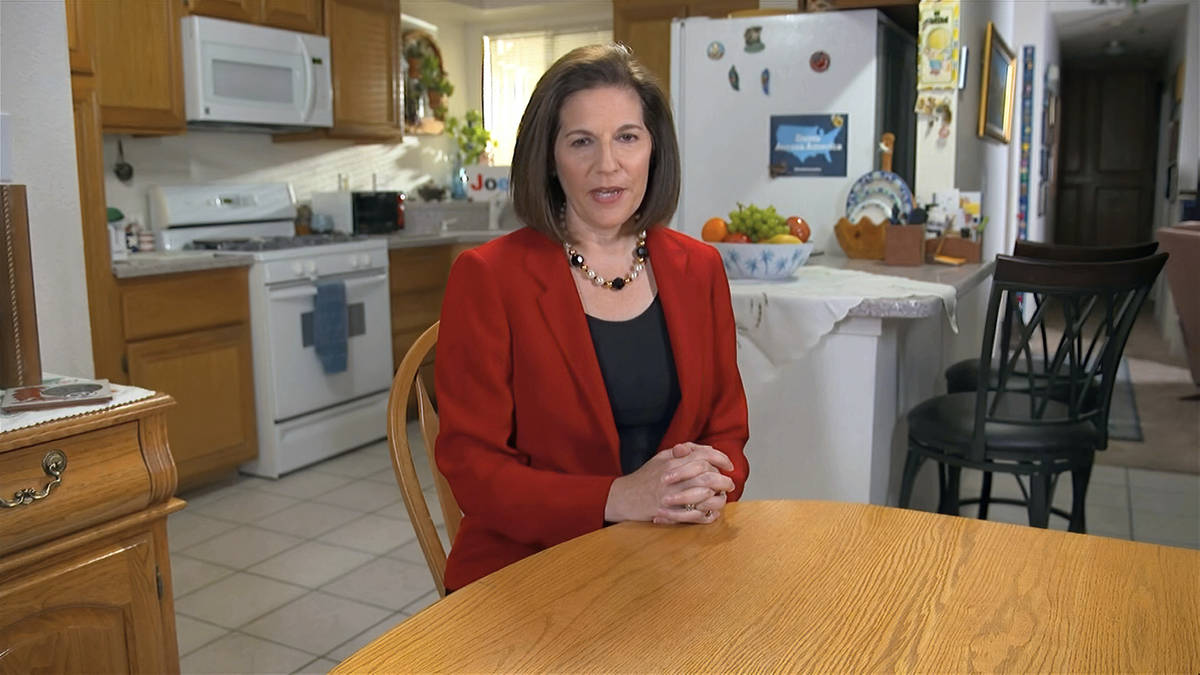 “After four years of Donald Trump, I know Joe Biden is the person who’s going to lead this country,” Cortez Masto said.

“The worst thing we could possibly do is put Joe in the White House and keep (Majority Leader) Mitch McConnell in the majority, so that he can obstruct everything that we care about for our families,” she said.

Rep. Steven Horsford focused his remarks during the Democrats’ watch party on the significant economic hardship faced by Nevada’s working families during the COVID-19 pandemic.

“Hard-working Nevada families and workers have been forced into an unprecedented era of unemployment because this administration failed to act,” Horsford said.

Horsford said Biden would provide a steady hand during the crisis.

“We know Joe, but more importantly, Joe knows us,” Horsford said. “Our struggles, our hopes for our children, our dreams for what America will still become.”

Nevada Assemblyman Edgar Flores pointed viewers through his office window to Eastern Avenue, where he said his father rode a bicycle to get to each of his three jobs, and where his mother rode the bus to clean rooms at a Hilton hotel to provide for his family.

He said Trump called his parents and those like him “rapists and murderers” from the onset of his presidency. He implored voters to support Biden and vice-presidential nominee Kamala Harris in order to “give America its humanity back.”

Perez used his time to praise the work Nevada Democrats have done over the last six years to secure major election victories across the state and federal level.

He said the state represents a Democratic success story for Arizona, its neighbor and fellow battleground state, as Nevada has gone from red to purple and “even a little blueish” in that time.

Perez, who served as labor secretary during the Obama administration, said the week’s convention events gave the public a clear view of Biden, whom he called “a man of humility, compassion, empathy and accomplishment.”