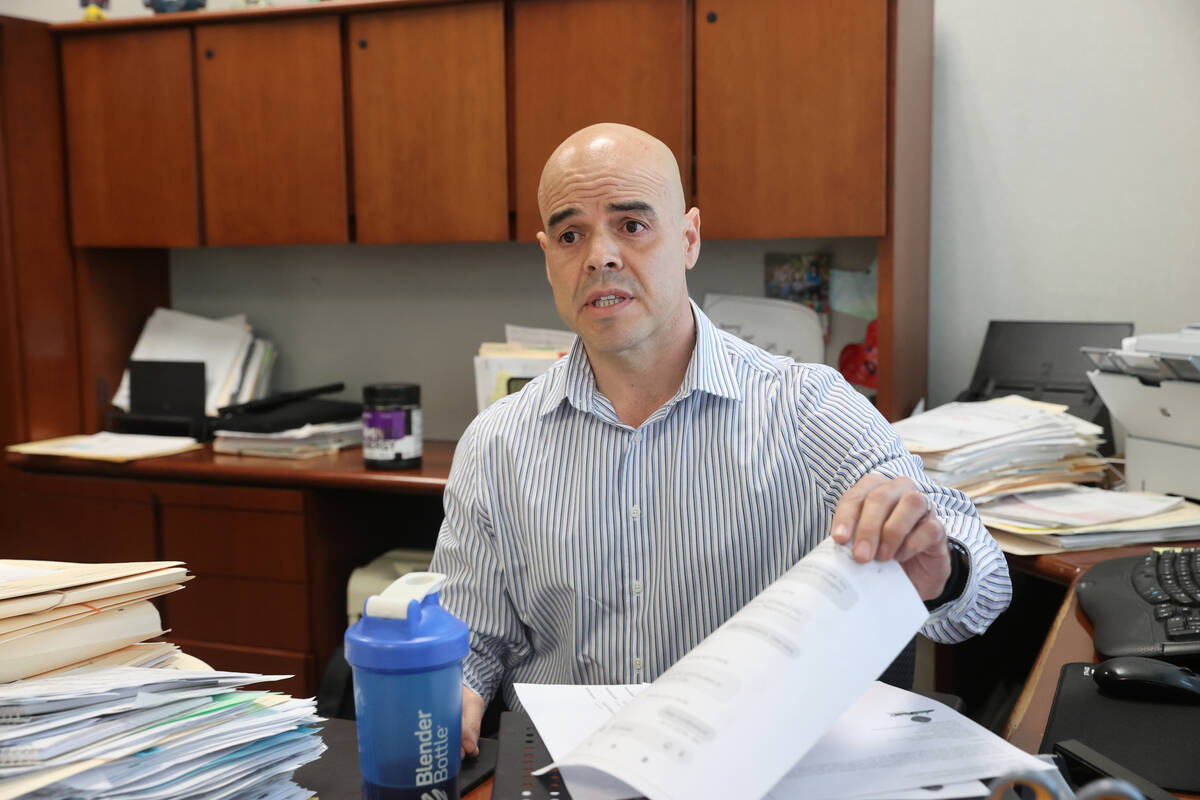 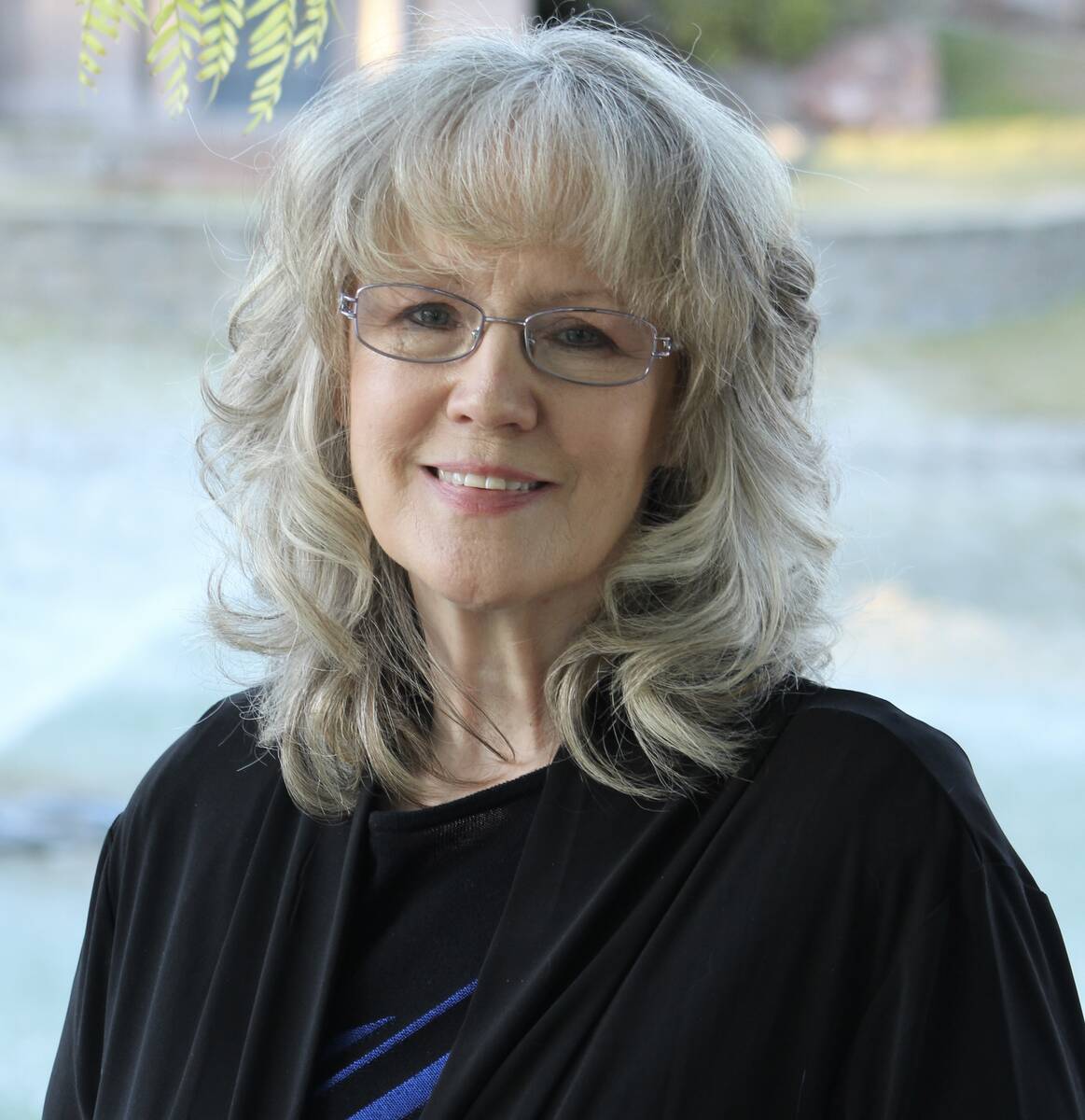 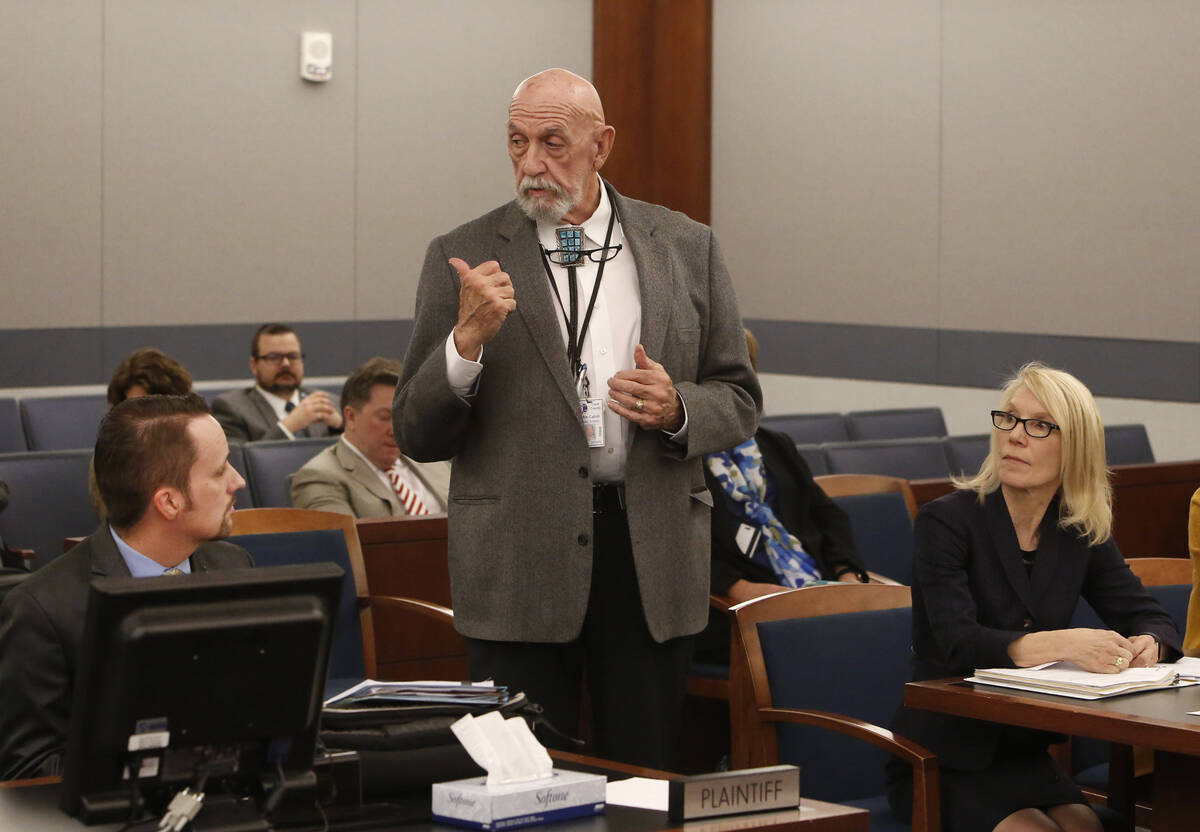 “At this point, I do believe I will lose this race, and I am looking forward to going back to the practice of probate law where I can continue to help families,” Telles wrote in a statement on his campaign website. “Continued public office was clearly not in the cards for me.”

“It’s still uncomfortable because he’s going to be in the office for another six months,” Reid said. “Instead of trying to heal the office, he’s still pulling us apart.”

The latest Democratic primary results show Reid with a 1,139-vote lead over unknown candidate Caroline Escobar, who did no campaigning. Telles, who was endorsed by the influential Culinary union and other labor organizations, is in third place, behind Reid by 2,122 votes.

Final results for all local races are expected to be approved on Friday by the Clark County Commission.

If Reid prevails, she probably will face Republican Patsy Brown, a Las Vegas attorney, in the November general election. Brown is ahead of Patrick Casale in the Republican primary by 1,486 votes.

Telles’ pending defeat follows a Review-Journal investigation last month that uncovered an office in turmoil and claims of bullying, retaliation and an “inappropriate relationship” between Telles and a staffer.

As the primary drew to a close June 14, office workers who had previously spoken out about an alleged hostile work environment said they still feared for their jobs because of a letter Telles posted on his campaign website.

The letter attacked the Review-Journal and its reporting and claimed the allegations against Telles were false. It also leveled what the employees alleged was a threat to retaliate against them for stepping forward.

Staffers reported their concerns about the letter last week to county human resources, and Telles lashed out on Twitter at a Review-Journal reporter who documented the office upheaval.

Telles has since updated the letter with new attacks on Reid and one other employee.

Former Public Administrator John Cahill, who Telles also criticized in the update, said Wednesday the election results are a good sign for the office, which oversees the estates of people who have died.

“As soon as he exits the office, things are going to calm down.” Cahill said. “It will return to a stable operation and won’t need special oversight from county management.”

Cahill, who endorsed Reid, called Telles “ethically challenged” and someone “who doesn’t get it.”

County officials took the rare step of hiring former longtime Coroner Michael Murphy to try to quell the office unrest. The county has no authority to take action against Telles because he is an independently elected official, but it can monitor how his publicly paid employees are treated.

The workers have alleged that relationship between Telles and another estate coordinator, Roberta Lee-Kennett, was responsible for the office hostility.

Telles was secretly videotaped by employees meeting in the back seat of Lee-Kennett’s car.

Both Telles and Lee-Kennett strongly denied having any kind of improper association. But they acknowledged the clandestine meetings at a parking garage several times after work this year.

They said they only hugged each other.