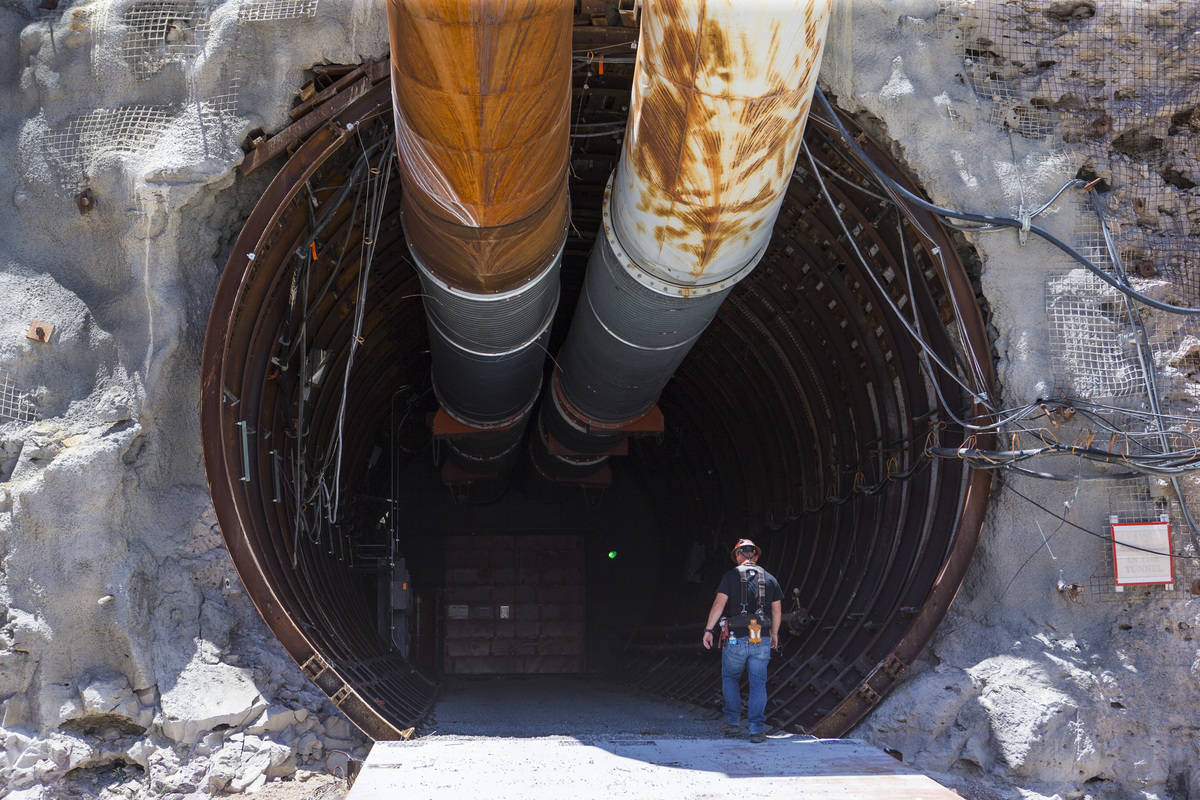 A contractor walks into the south portal of Yucca Mountain during a congressional tour near Mercury on Saturday, July 14, 2018. (Chase Stevens Las Vegas Review-Journal @csstevensphoto)

WASHINGTON — Mark Menezes, the nominee for deputy secretary of the Energy Department, on Wednesday clarified remarks he made in February, saying the Trump administration has no plans to use Yucca Mountain as a nuclear waste storage site.

Sen. Catherine Cortez Masto, D-Nev., pressed Menezes during his confirmation hearing before the Senate Energy and Natural Resources Committee, asking for a clarification.

“The administration will not be pursuing Yucca Mountain as a solution for nuclear waste, and I am fully supportive of the president’s decision and applaud him for taking action when so many have failed to do so,” Menezes told Cortez Masto.

Menezes, currently an undersecretary, said in February that the department was trying to “put together a process that will give us a path to permanent storage at Yucca.” But President Donald Trump had already declared on Twitter that he was committed to alternatives to Yucca Mountain.

Menezes assured Cortez Masto that was still the case and reiterated the department’s effort to study interim storage of nuclear waste at other sites. The budget includes $27.5 million for studies of temporary storage at public and privately owned sites.

It would take congressional action to allow storage of nuclear waste at private sites or locations other than Yucca Mountain.

There are several bills introduced in Congress that call for consideration of interim storage sites, including those that include Yucca Mountain.

Nevada’s congressional delegation is backing bills filed in the House and Senate that would require consent of a governor and other stakeholders in a state selected to store nuclear waste.

Political opposition and legal challenges to permanent storage of nuclear waste in Nevada have led to a three-decade impasse on the government’s ability to accept and store the waste.

The committee followed social distancing guidelines during the afternoon hearing, with many senators asking questions from offices and other locations through video technology.