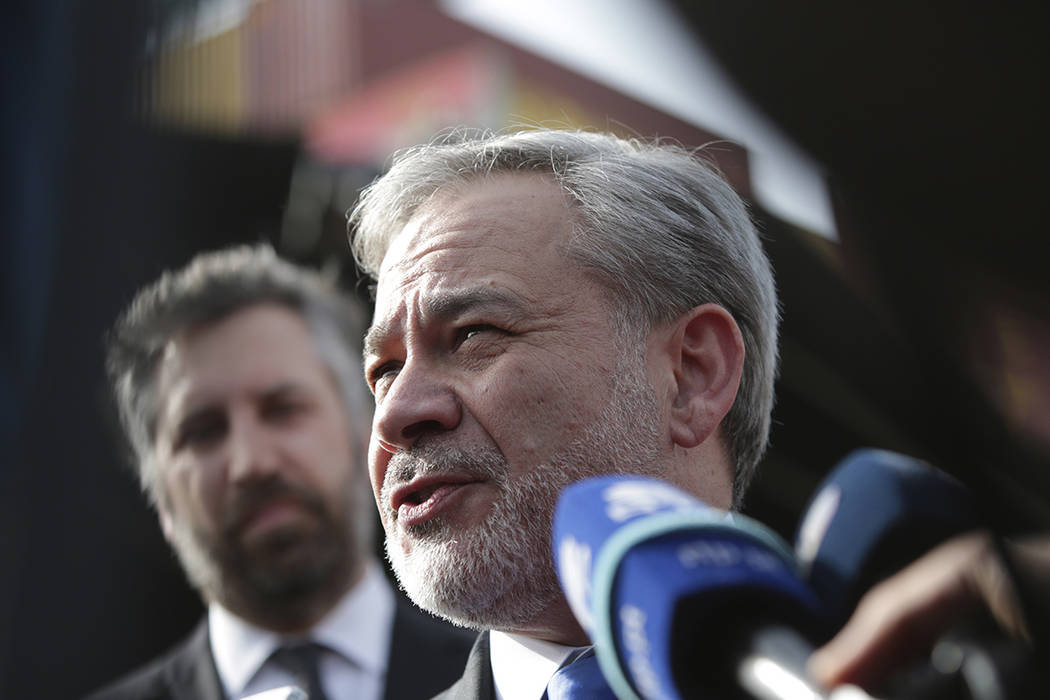 His comments came during Senate testimony defending the president’s $35 billion budget request for the Energy Department.

President Donald Trump sought funding in previous budgets to restart the licensing process for Yucca Mountain, only to be blocked by Congress.

Brouillette told Sen. Catherine Cortez Masto, D-Nev., that congressional and Nevada opposition has led to a yearslong stalemate over nuclear waste disposal and finding a permanent resolution to the problem as waste piles up across the country.

“We have reached a point where the president has decided we will not pursue this over the objections of the people of Nevada,” Brouillette told Cortez Masto. “The administration will not pursue Yucca Mountain as a final repository.”

The comments came during a hearing of the Senate Energy and Natural Resources Committee on the president’s budget request for Energy Department for fiscal year 2021, which begins Oct. 1.

Brouillette also sought to clarify comments made by Undersecretary of Energy Mark Menezes, who told a House hearing Trump was frustrated that the department was unable to “get the resources or authorization that we need to license Yucca.”

House lawmakers with nuclear waste in their states grilled Menezes on the administration’s turnabout on Yucca Mountain and noted the problem of stockpiled waste at 121 sites in 39 states.

Federal law requires the government to accept and store the waste at Yucca Mountain.

The budget requests $27 million to study alternative storage that could include temporary sites under public or private management. Those alternatives would require congressional action to change the 1987 law that designated Yucca Mountain as the sole site for permanent storage of wastes from power plants.

Menezes told the House hearing that the Department of Energy wanted to start a discussion with nuclear power companies and states to seek ways to end the stalemate on nuclear waste storage, which could include a path toward opening Yucca Mountain.

Brouillette said the Energy Department was not focusing on Yucca Mountain exclusively and told Cortez Masto he would work with her on alternatives that would require the consent of states when selecting locations to store nuclear waste.

Energy and Natural Resources Committee Chairwoman Lisa Murkowski, R-Alaska, Sen. Lamar Alexander, R-Tenn., and Sen. Dianne Feinstein, D-Calif., have legislation that would allow temporary storage of nuclear waste at other sites until a decision on Yucca Mountain is final.

That bill is competing with another bipartisan piece of legislation by Sen. John Barrasso, R-Wyo., that would advance licensing on Yucca Mountain and allow temporary storage sites.

Gov. Steve Sisolak hand-delivered a letter to the White House this month asking Trump to veto the Barrasso bill, and a House companion bill, if they reach his desk.

Meanwhile, Cortez Masto also received assurances from Brouillette that the Department of Energy was on track to begin removing a half ton of weapons grade plutonium from the Nevada National Security Site.

Former Energy Secretary Rick Perry and Cortez Masto forged an agreement last year to begin moving the plutonium out of Nevada in 2021 and finish by 2026.

The plutonium was secretly shipped to Nevada as it prepared a federal lawsuit seeking to block the transfer from a facility in South Carolina. A federal judge there ruled the Department of Energy had to move surplus plutonium.

Brouillette told Cortez Masto that the department was on schedule to remove the plutonium from Nevada.

The budget includes funds to build pits in South Carolina and at Los Alamos National Laboratory, New Mexico, where the plutonium is expected to be eventually stored.