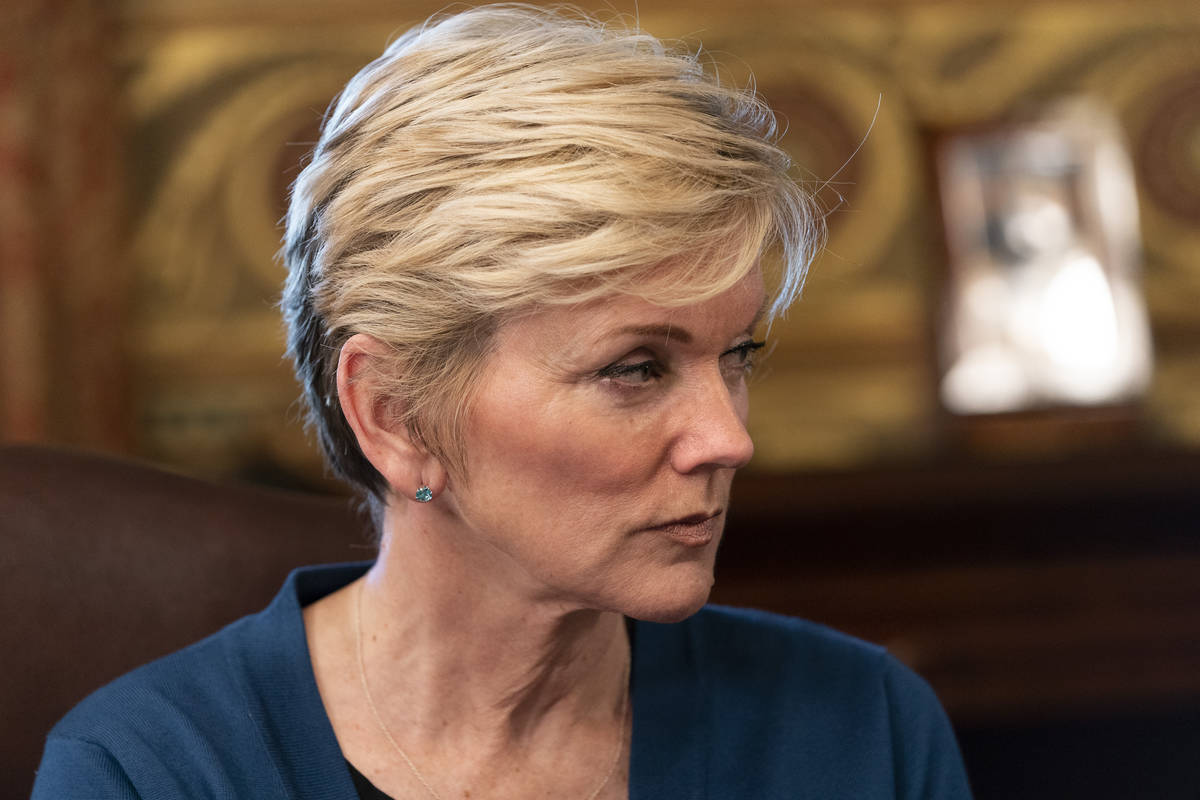 Energy Secretary Jennifer Granholm attends the inaugural meeting of the Task Force on Worker Organizing and Empowerment, in Harris' ceremonial office, Thursday, May 13, 2021, on the White House complex in Washington. (AP Photo/Jacquelyn Martin)

Granholm will meet with Sisolak and Rep. Steven Horsford, D-Nev., and clean energy advocates on Thursday and hold a roundtable discussion.

The Nevada Legislature passed clean energy legislation that would require NV Energy to complete its Greenlink Nevada project by 2028, three years ahead of schedule. That project would link population centers in the state with a transmission grid of 525-kilovolt lines.

The legislation would also expand electric vehicle charging infrastructure in the state.

Sisolak has not yet signed the bills.

Granholm is expected to make the case that the federal government working with the state will help reach the president’s goal of 100 percent clean electricity by 2035, the administration official said.

The secretary also will join Rep. Dina Titus, D-Nev., for a visit to a solar-powered model home built by UNLV students. The project recently received an award in the Department of Energy’s international and solar decathlon homebuilding contest, one of multiple DOE clean energy innovation programs.

On Friday, Granholm will tour the Townsite solar facility in Boulder City with Rep. Susie Lee, D-Nev. They will meet with union workers who maintain solar panels, the administration official said.

The Nevada visit is one of several stops on Granholm’s tour to promote the president’s jobs plan, which is being finalized by lawmakers.