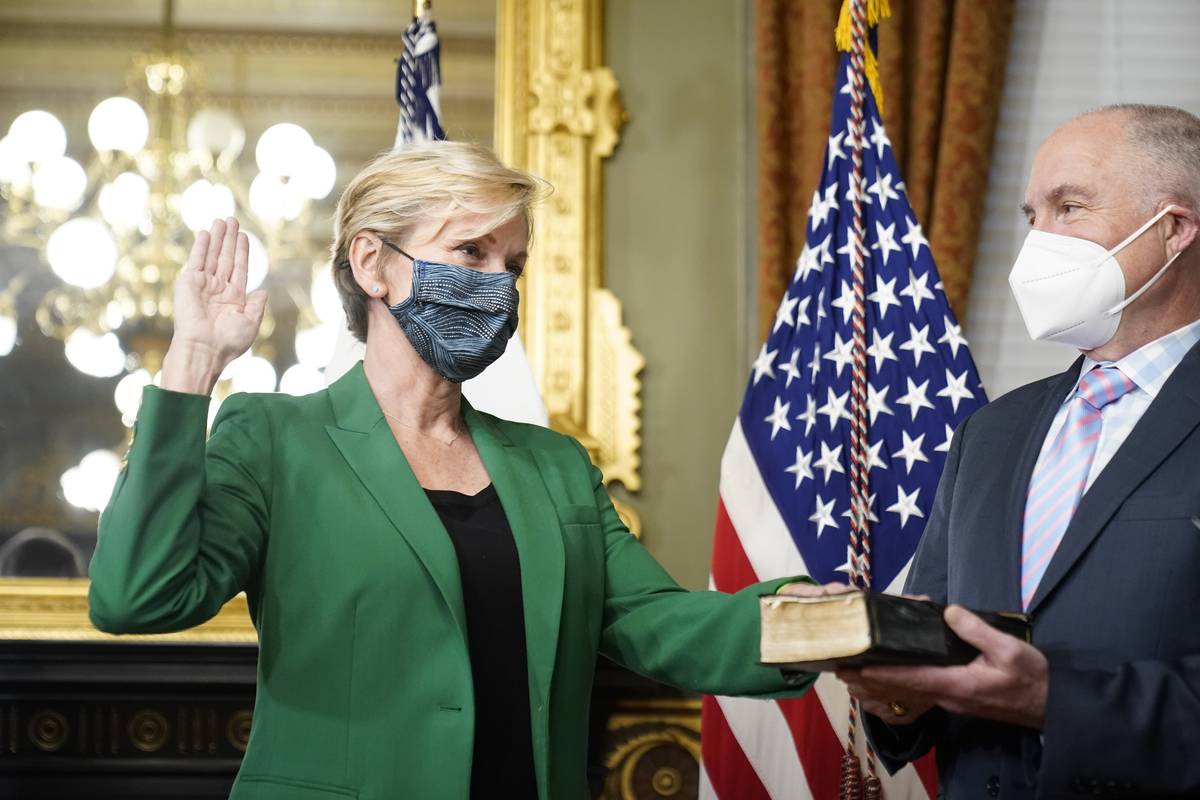 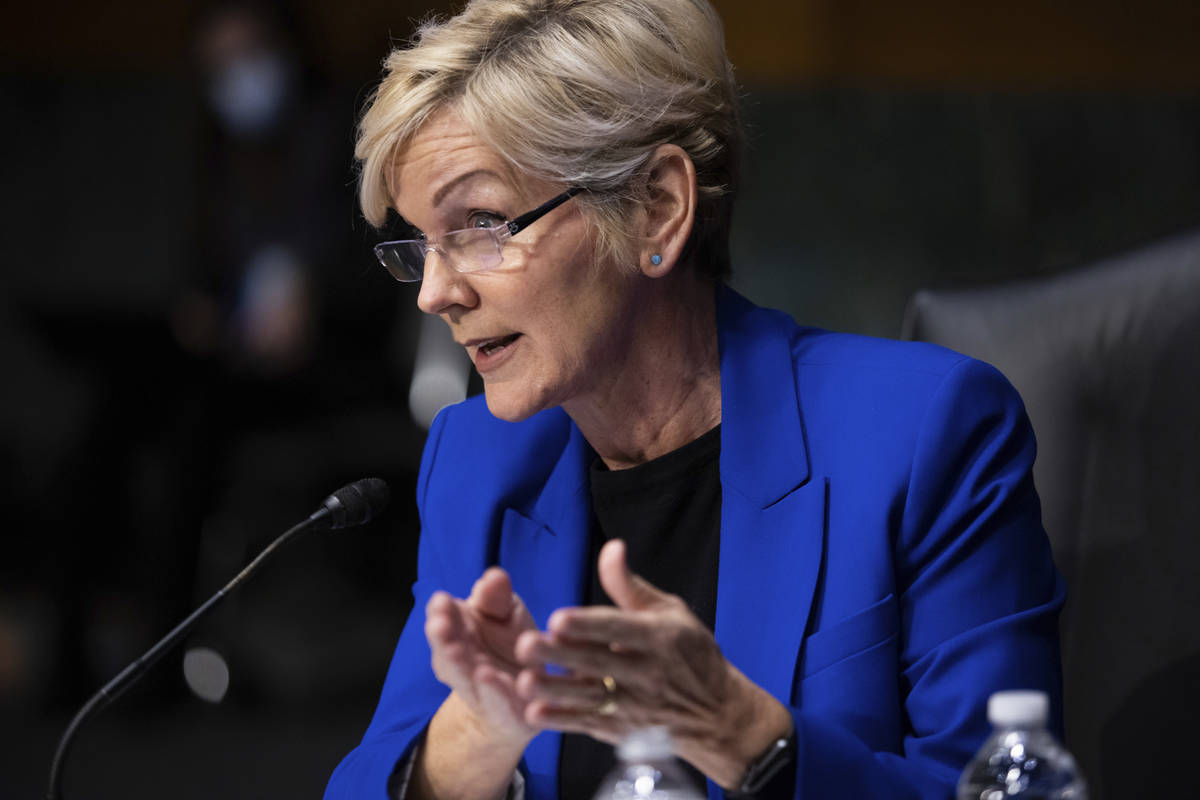 Former Gov. Jennifer Granholm, D-Mich., testifies before the Senate Energy and Natural Resources Committee on Wednesday, Jan. 27, 2021 on Capitol Hill in Washington. The Senate confirmed Granholm on Thursday, Feb. 25, 2021 to be the Secretary of Energy. (Graeme Jennings/Pool via AP) 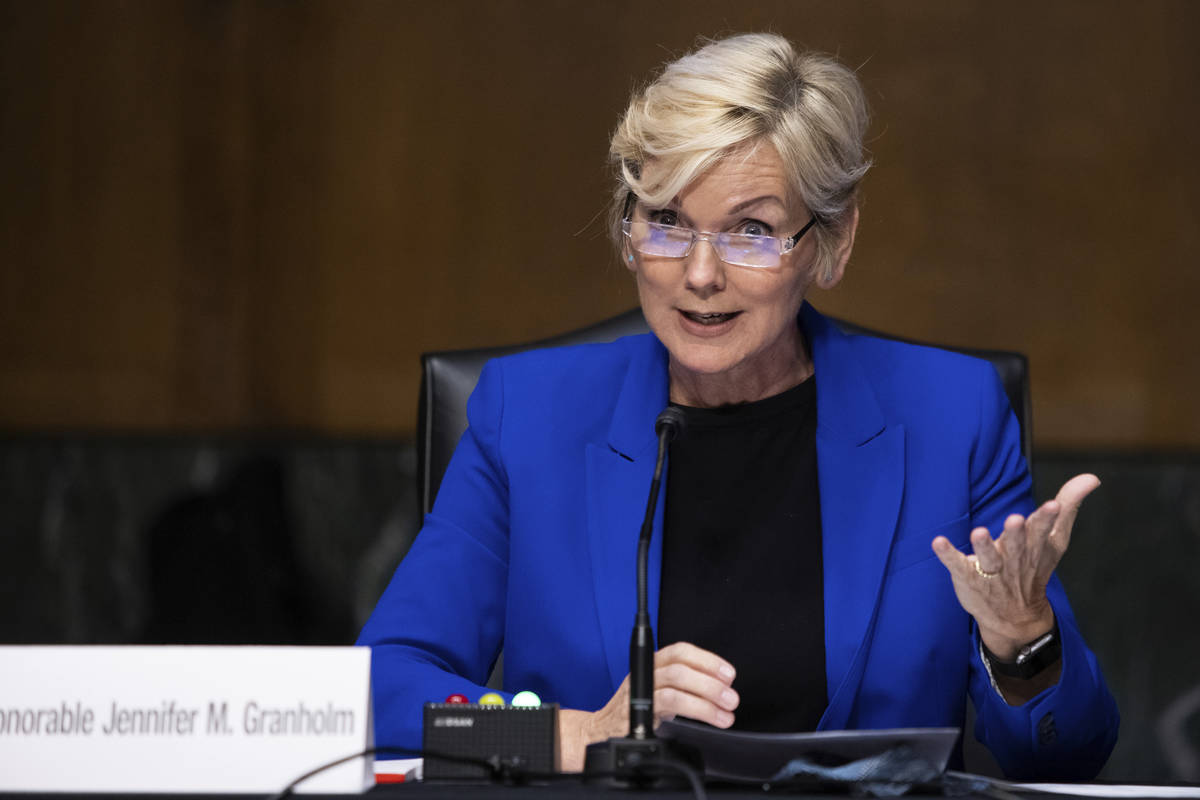 Former Gov. Jennifer Granholm, D-Mich., testifies before the Senate Energy and Natural Resources Committee during a hearing to examine her nomination to be Secretary of Energy, Wednesday, Jan. 27, 2021 on Capitol Hill in Washington. (Graeme Jennings/Pool via AP)

WASHINGTON — The Senate voted overwhelmingly Thursday to confirm former Michigan Gov. Jennifer Granholm to be the secretary of the Department of Energy.

Granholm was confirmed on a 64-35 vote. Nevada Democratic Sens. Catherine Cortez Masto and Jacky Rosen both voted in support of the confirmation.

During her confirmation hearing before the Senate Energy and Natural Resources Committee, Granholm assured Cortez Masto that she was opposed to restarting the licensing process to build a permanent nuclear waste repository at Yucca Mountain, north of Las Vegas.

Granholm also said she would abide by a pledge Cortez Masto received from the Trump administration, and adhere to a federal court order, to remove one half metric ton of weapons-grade plutonium from the Nevada National Security Site.

Rosen said Granholm “recognizes the important role that energy policy plays in Nevada and across the country.”

Under Granholm’s leadership, the Energy Department would modernize and develop clean sources of energy and “oppose failed policies that would endanger our health and environment like storing nuclear waste at Yucca Mountain,” Rosen said.

The weapons-grade plutonium was moved to Nevada from the Savannah River Site in South Carolina in 2018.

A federal judge in Reno ordered the Energy Department and the National Nuclear Security Administration to remove the plutonium, and Cortez Masto received a pledge from former Energy Secretary Rick Perry to beginning shipping the material from Nevada to another location as early as this year.