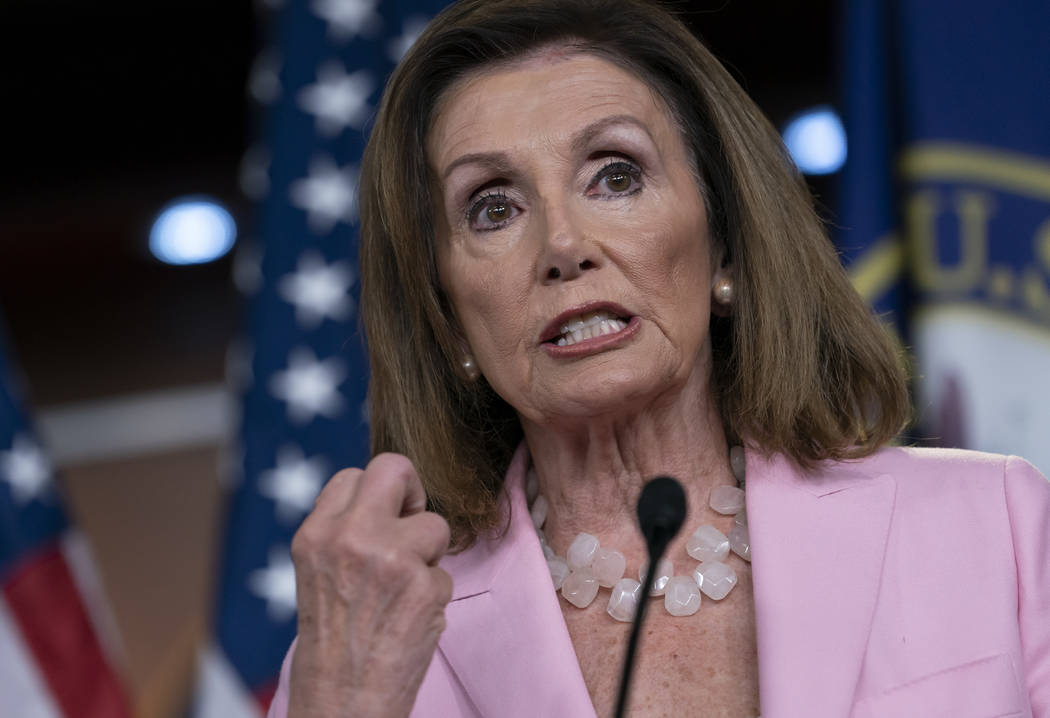 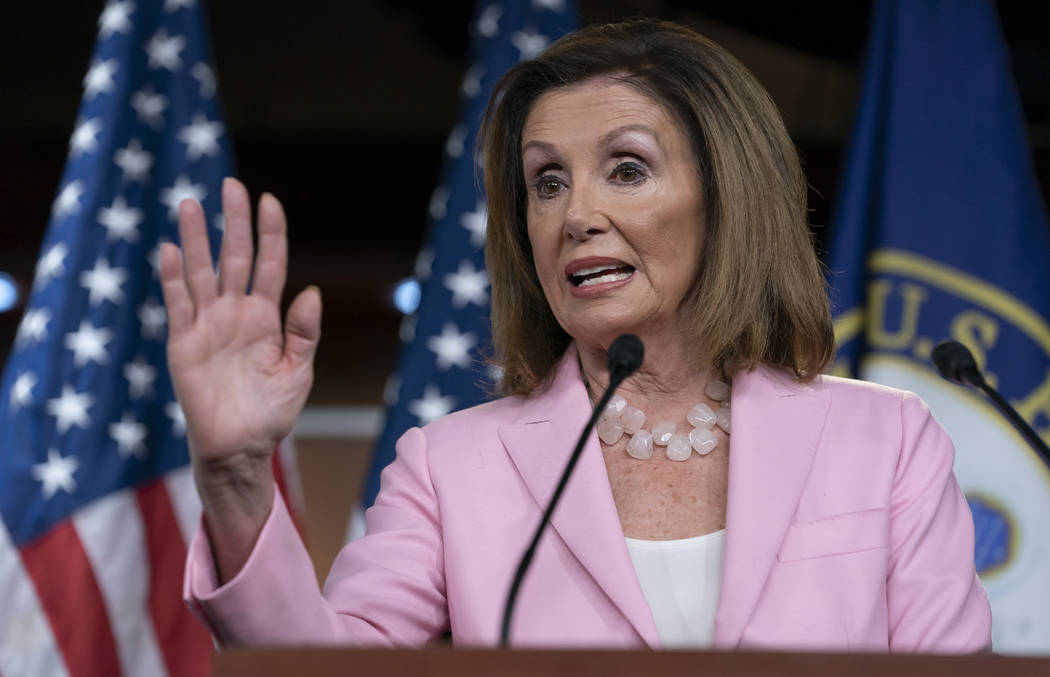 On this Sept. 12, 2019, photo, House Speaker Nancy Pelosi, D-Calif., speaks at the Capitol in Washington. The good news is that it doesn’t look like a bitterly polarized Washington will stumble into another government shutdown. But as Democrats controlling the House unveil a stopgap, government-wide spending bill to keep the lights on and pay the troops, there’s scant evidence that power sharing in the U.S. Capitol will produce further legislative accomplishments anytime soon. (AP Photo/J. Scott Applewhite) 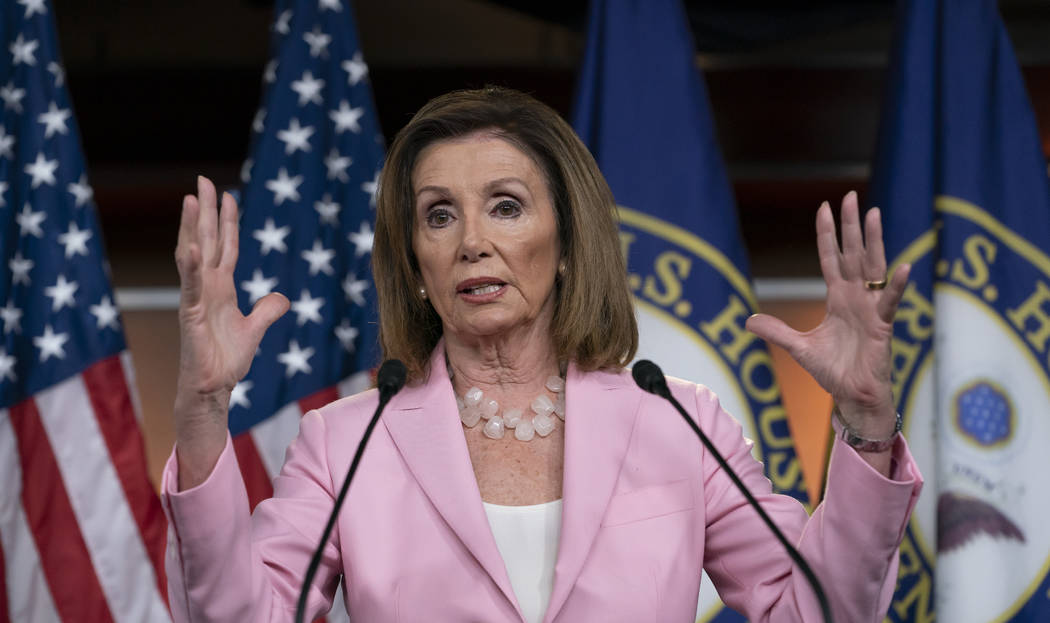 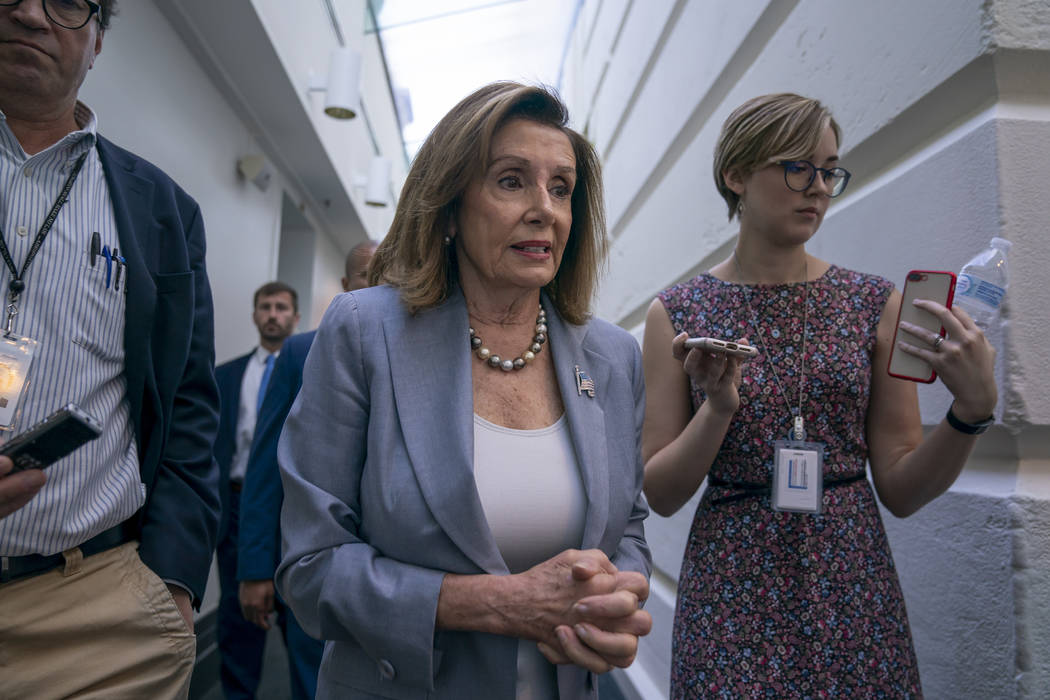 Speaker of the House Nancy Pelosi, D-Calif., arrives for a closed-door meeting with the House Democratic Caucus, Wednesday, Sept. 18, 2019, at the Capitol in Washington. (AP Photo/J. Scott Applewhite) 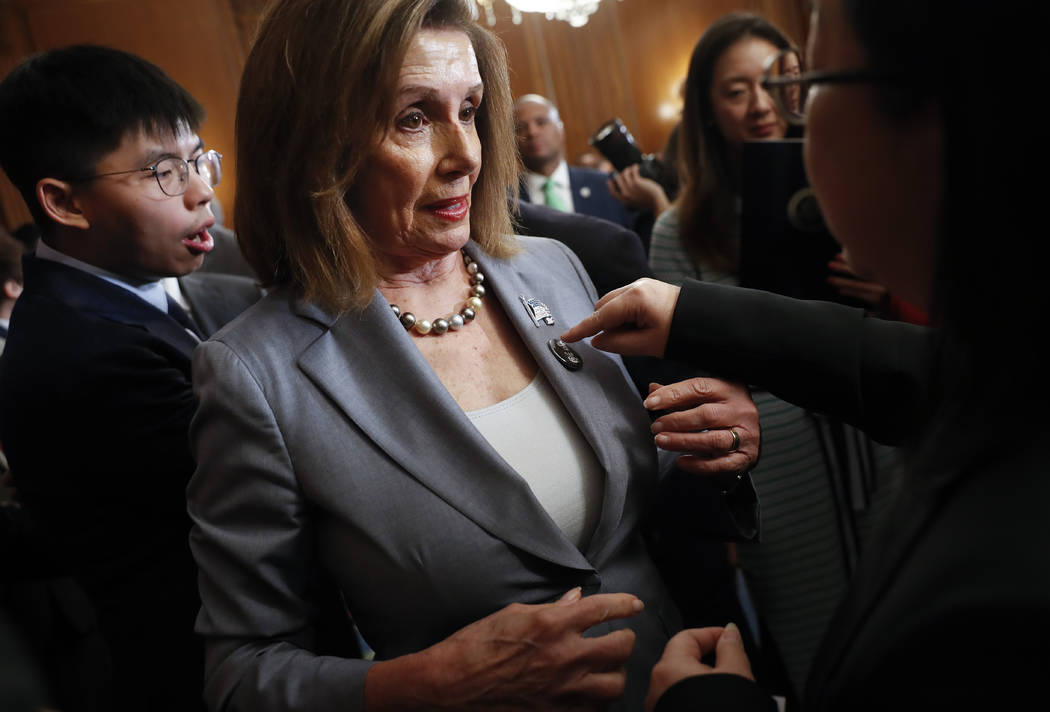 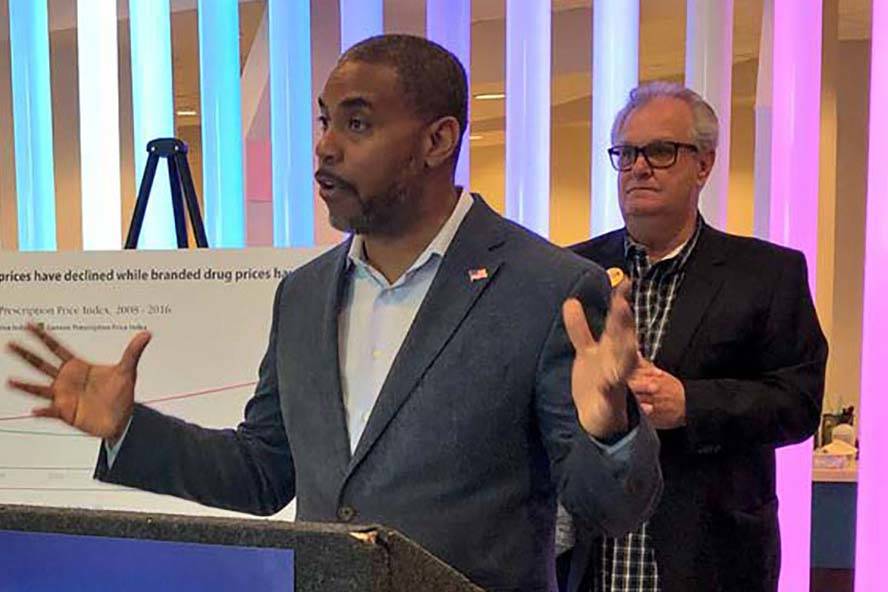 Rep. Steven Horsford, D-Nev., said the measures in the bill would help Americans, particularly those in his Nevada congressional district who struggle with rising costs for needed drugs. (Review-Journal file photo)

WASHINGTON — House Speaker Nancy Pelosi and Democratic leaders rolled out a bill Thursday to lower the cost of prescription medicine by allowing the government to negotiate prices on as many as 250 drugs.

The bill, Lowering Prescription Drug Costs Now Act, would limit out-of-pocket costs from prescription drugs for Medicare recipients and prohibit pharmaceutical companies from charging higher costs for drugs to U.S. consumers than for those in other countries.

Rep. Steven Horsford, D-Nev., said the measures in the bill would help Americans, particularly those in his Nevada congressional district who struggle with rising costs for needed drugs.

“Prescription drug costs are sky high and people across the country are hurting,” Horsford said. “These high drug prices are forcing Nevadans to have to choose between refilling their medication and paying their gas bill, or being able to eat every day.”

Pelosi’s plan places public pressure on President Donald Trump, who pledged in his State of the Union address to lower the cost of prescription drugs that have soared in recent years.

Trump also vowed to punish drug companies who charge more for drugs in America than in other countries, a central component to the Pelosi bill.

Still, House Republicans immediately panned the House speaker’s plan as an attempt to nationalize the pharmaceutical industry, and leaders in the GOP-led Senate declared it dead on arrival in the upper chamber, where bipartisan legislation is being written by the Finance Committee.

“The Pelosi plan is a step toward nationalizing the drug industry and opening the door to a one-size-fits all, government-controlled rationing of prescription drugs,” said House Minority Leader Kevin McCarthy, R-Calif., in a statement released after the bill was unveiled.

McCarthy said the plan would damage “the free market that has created these life changing medications and cures.”

In the Senate, the Finance Committee is writing its own bill which Sen. John Cornyn, R-Texas, said has broad bipartisan support and the potential to actually become law. It has the support of Trump.

“The speaker’s plan is just the latest example of a partisan messaging document masquerading as legislation,” Cornyn said. “It has absolutely no chance — zero, zip, nada — no chance of passing the Senate or becoming law.”

Despite the partisan bickering, the Pelosi bill has features embraced by lawmakers in both parties, like capping annual out-of-pocket costs for prescription drugs for Medicare recipients at $2,000.

The House bill would also hold the increase of drug prices to the rate of inflation.

Horsford, a member of the House Ways and Means Committee, cited a Kaiser Family Foundation study that showed that, after adjusting for inflation, the average family in 1960 spent about $90 per year on prescription drugs. Today, the same family would spend about $1,200.

Recent studies also show a steep increase in recent years for life-saving drugs, including those like insulin to treat diabetes.

Republicans and Democrats have relayed anecdotes about seniors missing daily doses of medication to prolong refills. Horsford said three of 10 Americans reported not taking their prescribed medicine on a daily basis last year due to cost.

“No one should be skipping life-saving medication so they can stretch their prescription out a bit further,” Horsford said.

The House bill would allow Medicare to negotiate directly with drug companies that would result in price reductions that would ensure seniors never lose access to the prescriptions they need.

Those reductions by negotiated by Medicare would be available to all Americans, including those with private insurance, not just Medicare beneficiaries.

The pharmaceutical industry has attributed the initial cost of new medicines to research, testing and marketing.

“Drug companies need to make significant revenues on successful drugs because it takes around 10-12 years to get innovative drugs to market, and 90 percent of all prospects end in failure,” said Rob Atkinson, president of the Information Technology and Innovation Foundation, a non-partisan think tank.

Savings in the drug pricing plan announced by Pelosi would go to the National Institutes of Health for research.

2023 Hims ED Review: How Does It Work for ED? Products, Treatments, Pros, and Cons