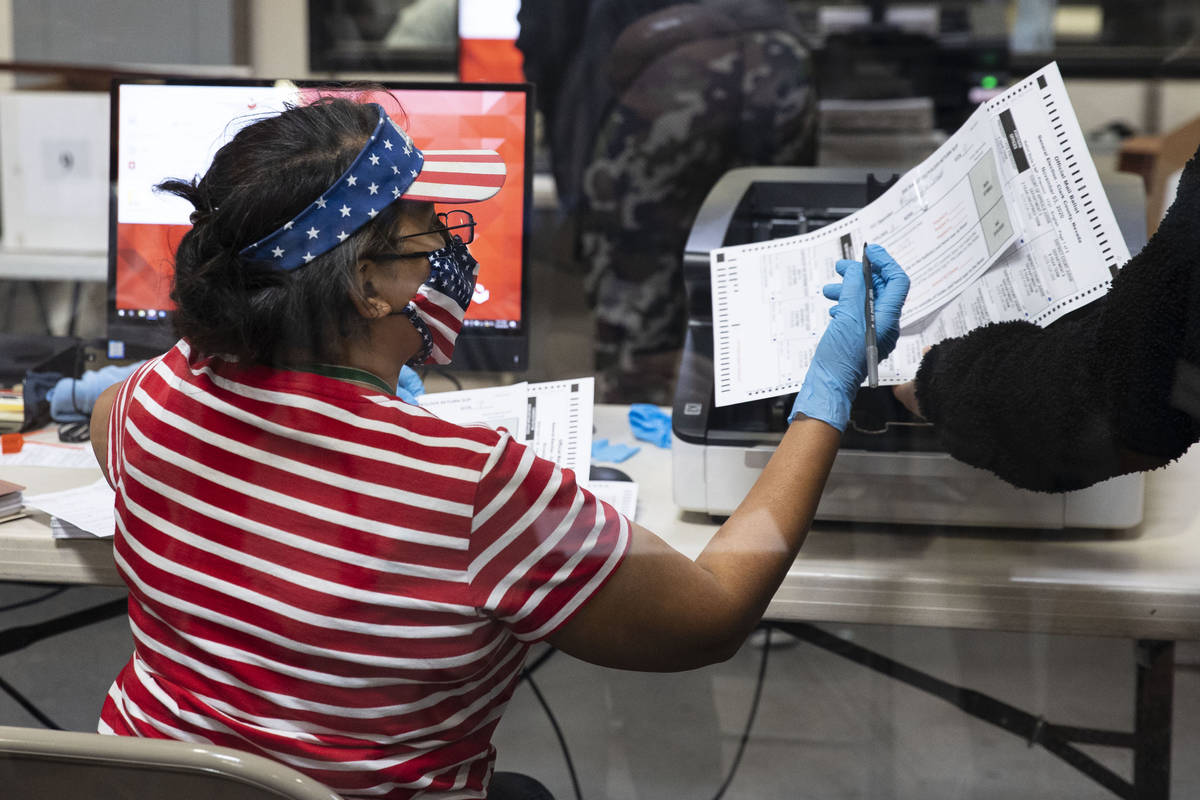 A judge ruled Monday that Clark County must turn over some public records to the Nevada Republican Party and President Donald Trump’s campaign, but denied or delayed the lion’s share of Republican requests for information on mail balloting and signature verification.

“We are very pleased with the judge’s decision,” Clark County spokesman Dan Kulin said. “We appreciate the judge for agreeing that we may provide most of the information after the canvass, and for stating that we do not have to compile information that is already available on our website.”

The Republicans sought voluminous records on mail ballots and their verification, including copies of all signatures, training materials, communications between staff and personal information on those handling the ballots.

Portions of the requests called for records that do not yet exist, including mail-in ballot information on any ballots that come in on or after Election Day, to be given to Republicans as they become available.

In her order, Gonzalez said only records that existed on the date they were requested would be subject to her decision.

Gonzalez ordered the number of provisional and conditional provisional ballots, if such records existed as of Oct. 23, should be produced by the county. It also called for information on unsigned ballots, those with a signature that did not match and those where a signature had been remedied by the voter as of that date to be released.

Apart from those items, most other requests were either ordered to be released by Nov. 20 or denied outright.

Gonzalez said that, due to an ongoing pandemic and the rigors faced by the election department leading up to Tuesday’s general election, it was appropriate to delay the usual time requirements for public records.

Miller said in her arguments the county does not dispute whether the records requested are public and would be willing to take the considerable time to prepare them after the election canvass, which must be completed by Nov. 13.

She also noted that the Republicans and Trump’s campaign could not petition for a recount, if that is their goal, until after the canvass is completed anyway.

Gonzalez found the county adequately proved a security risk related to releasing the names of election staff members prior to the election and its certification.

During his testimony, Gloria said observers have broken state rules by requesting names of poll workers and talking to them during their duties.

Observers have also photographed trucks carrying ballots and questioned staff on where the trucks were going, which prompted his office to call law enforcement. For the first time ever, Gloria said, vehicles transporting ballots have required a police escort.

Information on the county boards, staff members’ names and shifts and ballot transport is to be released by Nov. 20.

Gonzalez also noted that some of the information requested by Republicans is already online and does not require a response from the county.

She ordered the two sides to meet again on Nov. 20 to ensure compliance with her order.