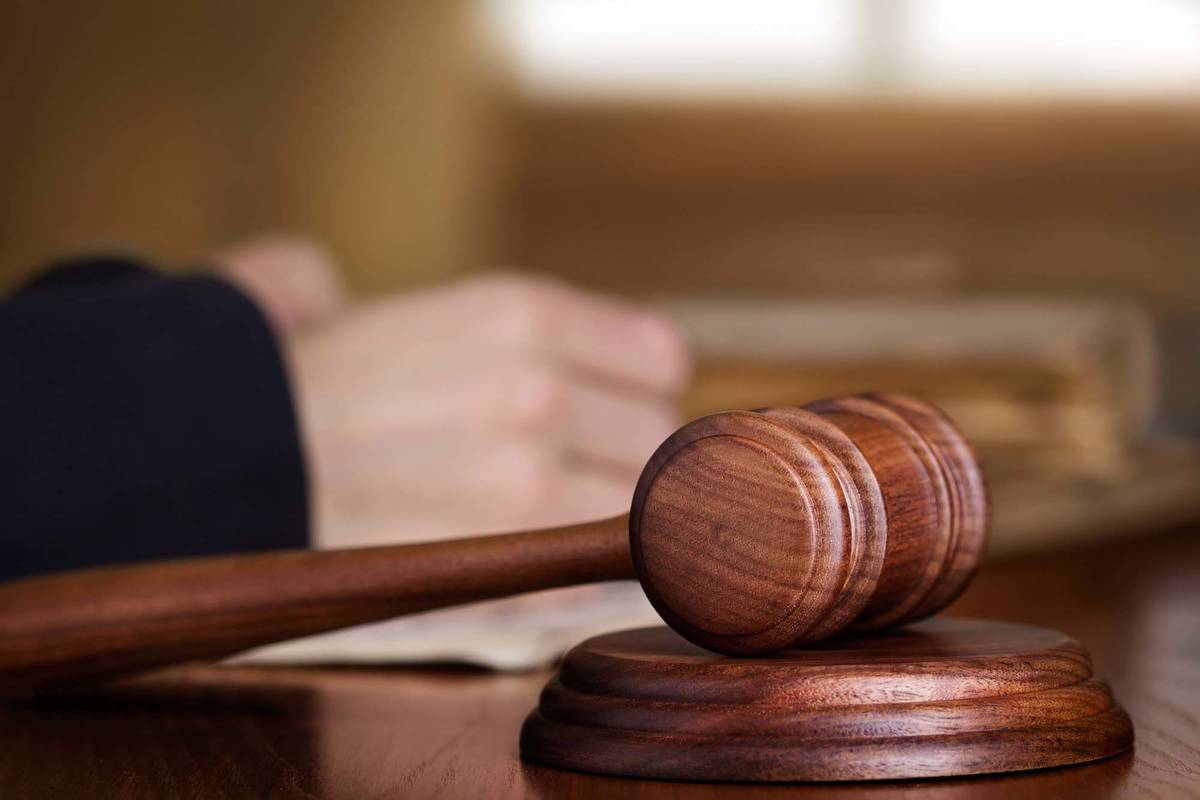 CARSON CITY — A District Court judge sided with Republican state senators Monday in throwing out two revenue bills passed by the Legislature in 2019, ruling that they were passed in the Senate without the constitutionally required two-thirds majority vote.

The surprise ruling from the bench after a 90-minute hearing settles, at least temporarily, a 14-month partisan dispute over how the Legislature financed a major policy initiative of the 2019 session: increased funding for education.

If it stands, the ruling also threatens to punch another hole in a state budget already riven by economic impacts from the COVID-19 crisis, with the judge ordering the state to pay back wrongfully collected revenue to taxpayers with interest.

“I don’t think there was any real bad faith per se in regards to this particular matter,” Judge James Todd Russell said as he finished reading his ruling in court Monday. “But it bothers me,” he continued, how Republican senators “had to bring this action in order to bring this to the attention of the courts and to enforce the provision that they felt was binding on everybody.”

Russell based his ruling on the intent of the 1994 initiative voters approved that installed the two-third requirement to increase revenue in any form. The initiative “set forth basically what the people wanted,” he said.

“The intent of this particular provision of the Constitution is clear and the language is clear,” he said. “It clearly states an affirmative vote of not fewer than two thirds of the members elected to each house is necessary to pass a bill or joint resolution which creates, generates or increases any public revenue” in any form.

Russell predicted that the case would likely end up before state Supreme Court. Lawyers for the executive agencies and the Legislature had no comment on the ruling Monday or on their next steps.

In a statement released Tuesday by legislative Democrats, Assembly Speaker Jason Frierson and Senate Majority Leader Nicole Cannizzaro said they “wholeheartedly disagree” with the court’s decision and would pursue expedited appeal before the start of the next session. The ruling would cut education funding “at a time when teachers, students, and their families need it the most.”

The amounts the state might have to repay are likely to be significantly less than the combined $105 million estimated to be generated from the two taxes, given the time frame of the ruling and the effects of the pandemic to depress state tax collections. But the amount is still likely to be in the tens of millions of dollars.

The challenge involves Senate Bill 551 and Senate Bill 542 from the 2019 session. SB551 extended the existing Modified Business Tax rate past its original July 2019 sunset date, generating some $98 million. SB542 extended for two years a $1 technology fee motorists pay to DMV that was set to sunset last July. That fee generates about $7 million.

The two measures passed the Senate on party-line 13-8 votes at the end of the 2019 session. The bills initially came before the Senate for votes with a disclaimer that they were tax measures requiring a two-thirds majority. They were voted down in that form, but came back before the Senate 15 minutes later without the two-thirds requirement disclaimer. The eight Republican senators filed a lawsuit after the session was over.

Ahead of the disputed 2019 votes, and throughout the legal case, lawyers for the Legislature and Democratic lawmakers sought to differentiate the revenue bills not as new tax bills but as extensions of existing taxes that did not need supermajority support. But Russell rejected that argument entirely. He dismissed individual Democratic lawmakers from the case, including Senate majority leader Nicole Cannizzaro, D-Las Vegas, but said plaintiffs could still seek attorneys fees from the state divisions charged with collecting the tax.

“The judge ruled correctly on the plain meaning of the law,” Senate Minority Leader James Settelmeyer, R-Minden, said outside the court immediately following the ruling. “I wish it would have been decided much sooner, but then again I would have liked that decision to have happened 10 minutes after they made the ludicrous opinion that they don’t need a two-thirds (majority).”

He added: “We weren’t as Senate Republicans saying we were against taxation. We weren’t saying no, we’re saying we needed to have a discussion. And we had to be involved in it. And we had to make some decisions together. And that wasn’t being done. It was all being decided one way.”

In their joint statement, Cannizzaro and Frierson said Republicans “are pursuing a political agenda instead of coming to the table with real solutions.”

This story was updated Tuesday to add comment from Democratic legislative leaders.