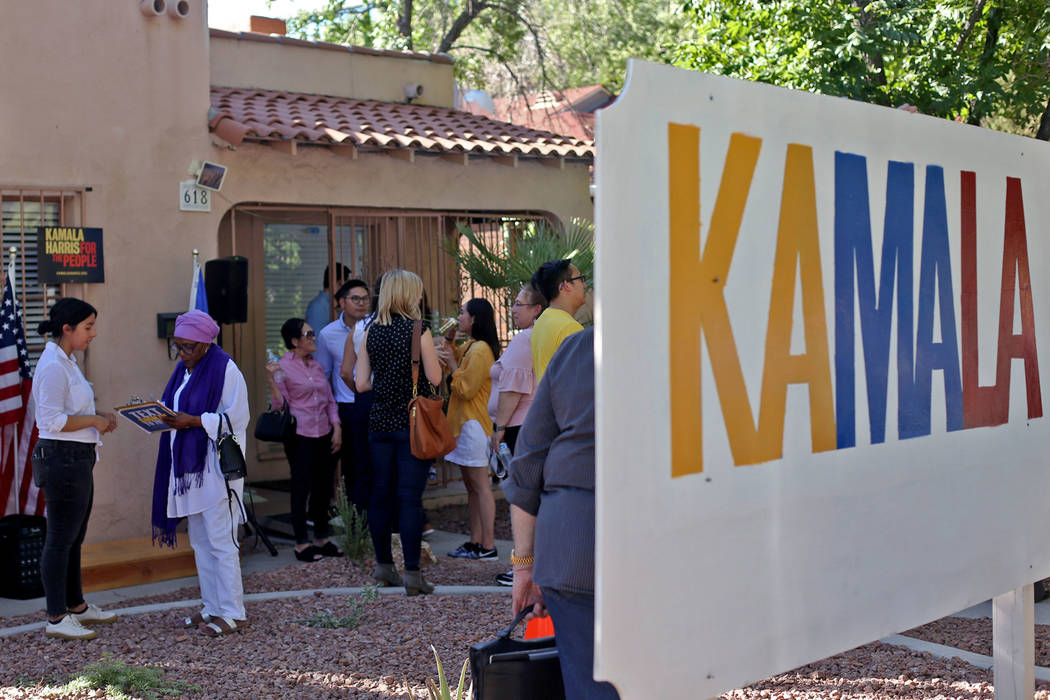 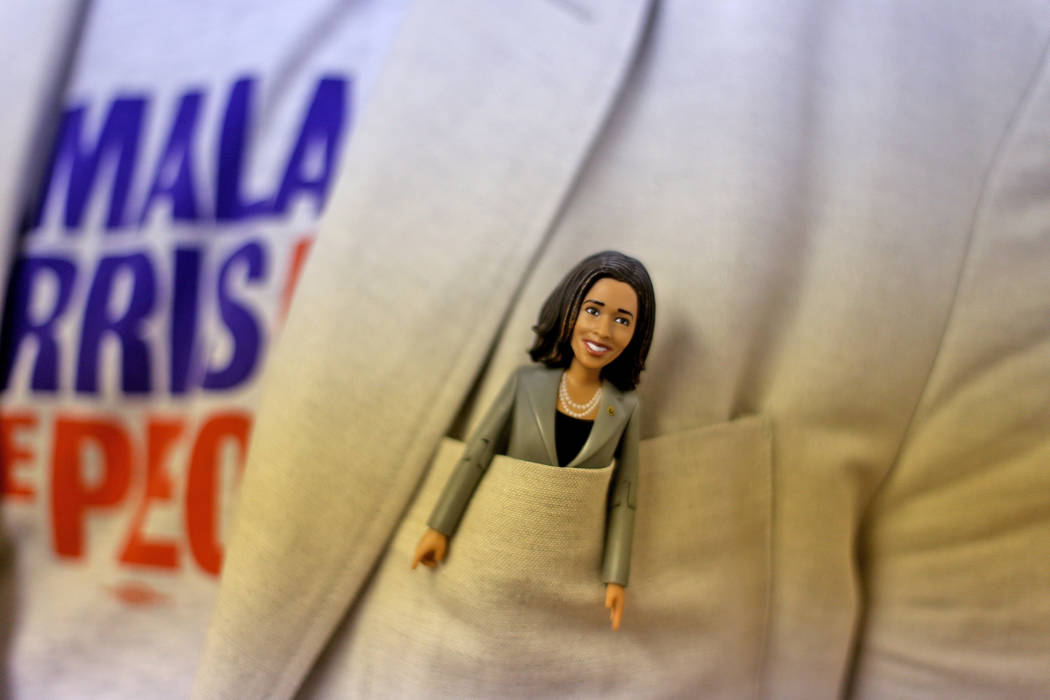 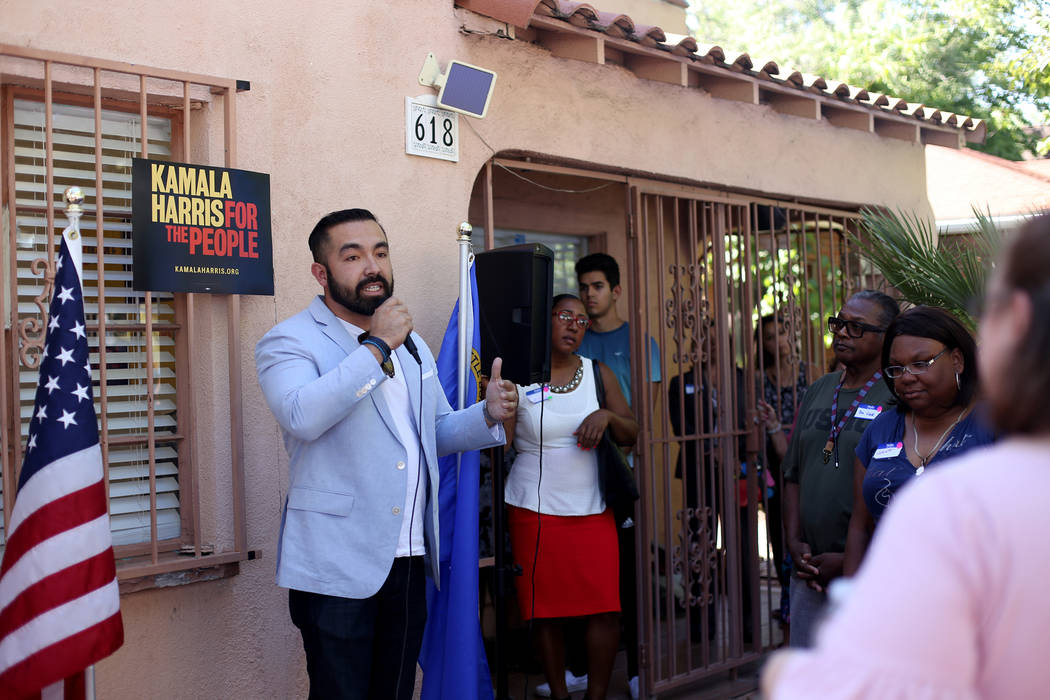 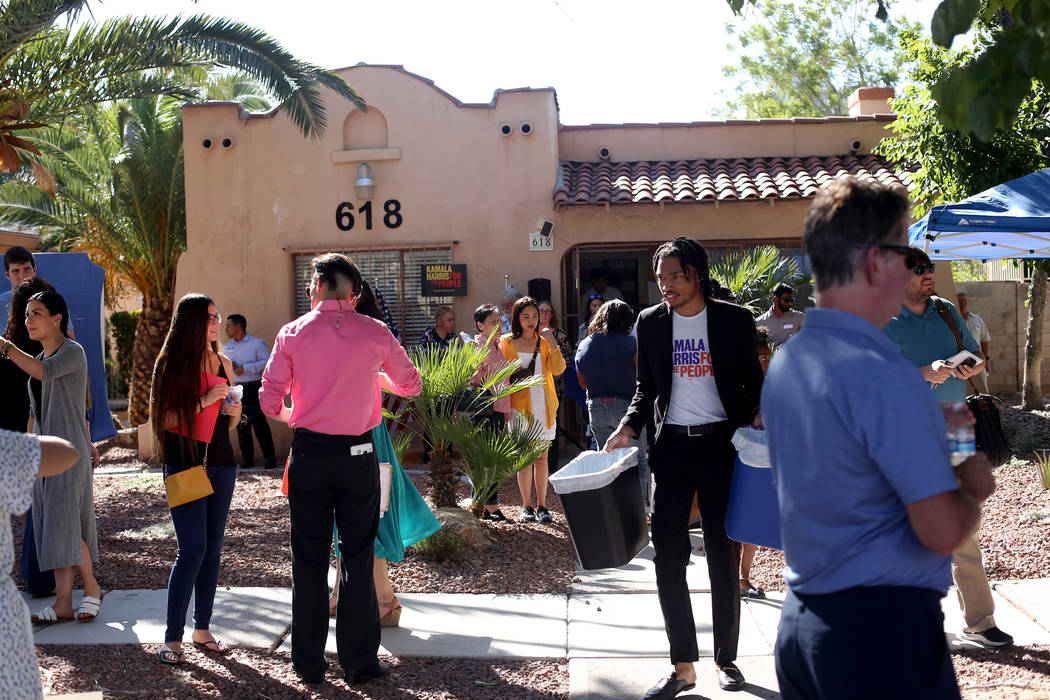 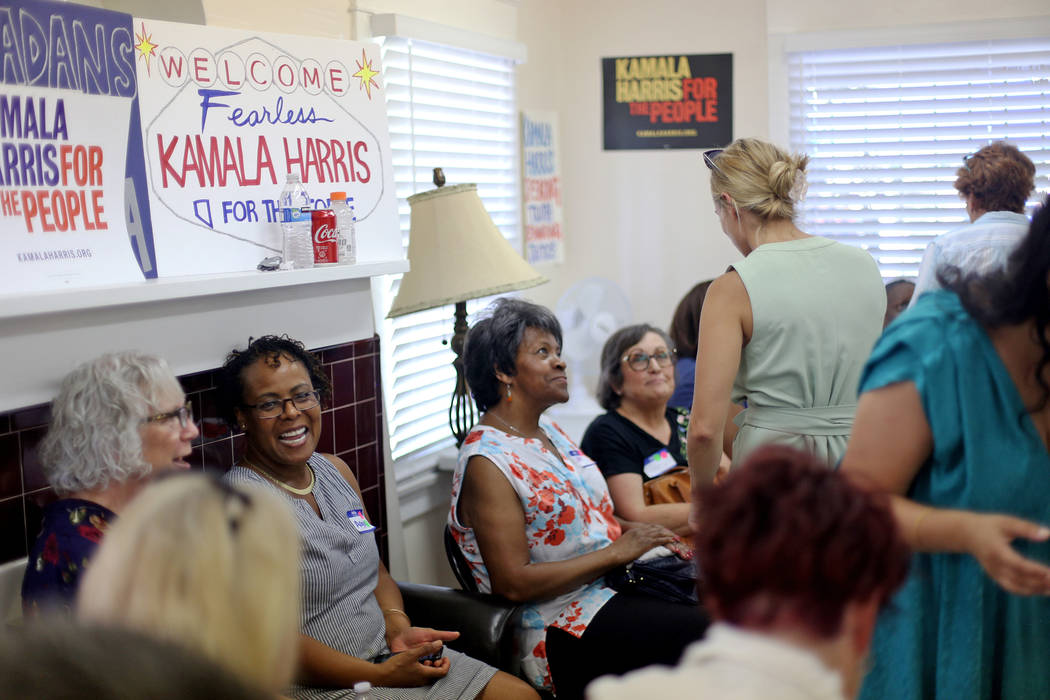 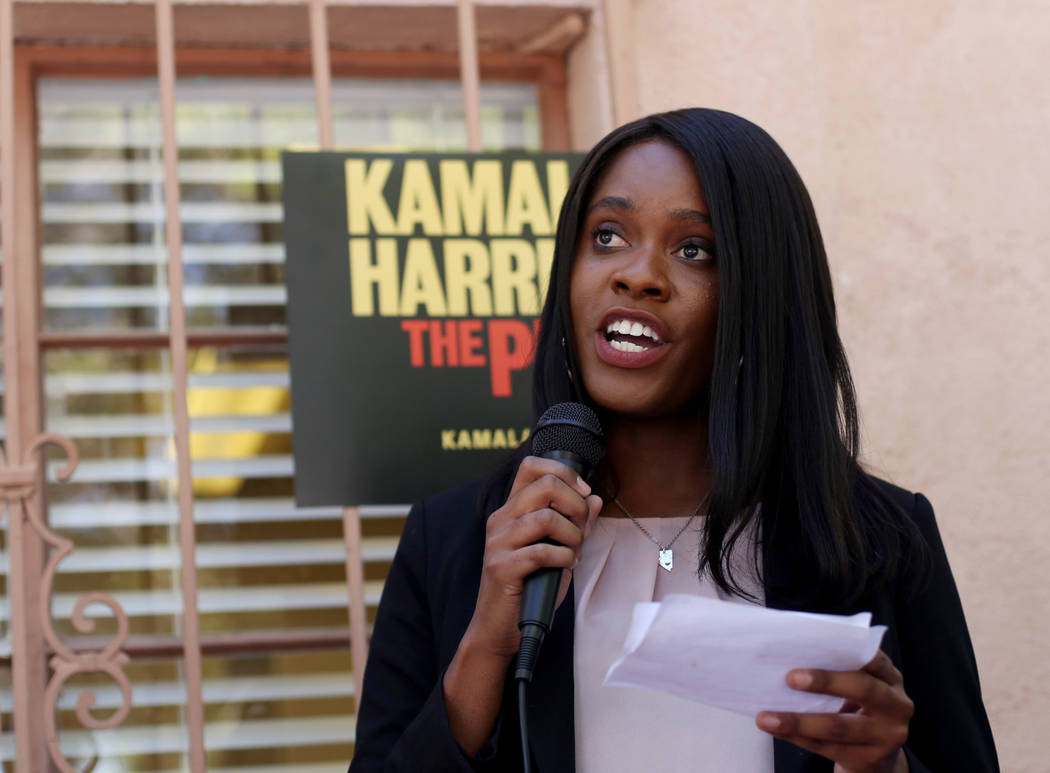 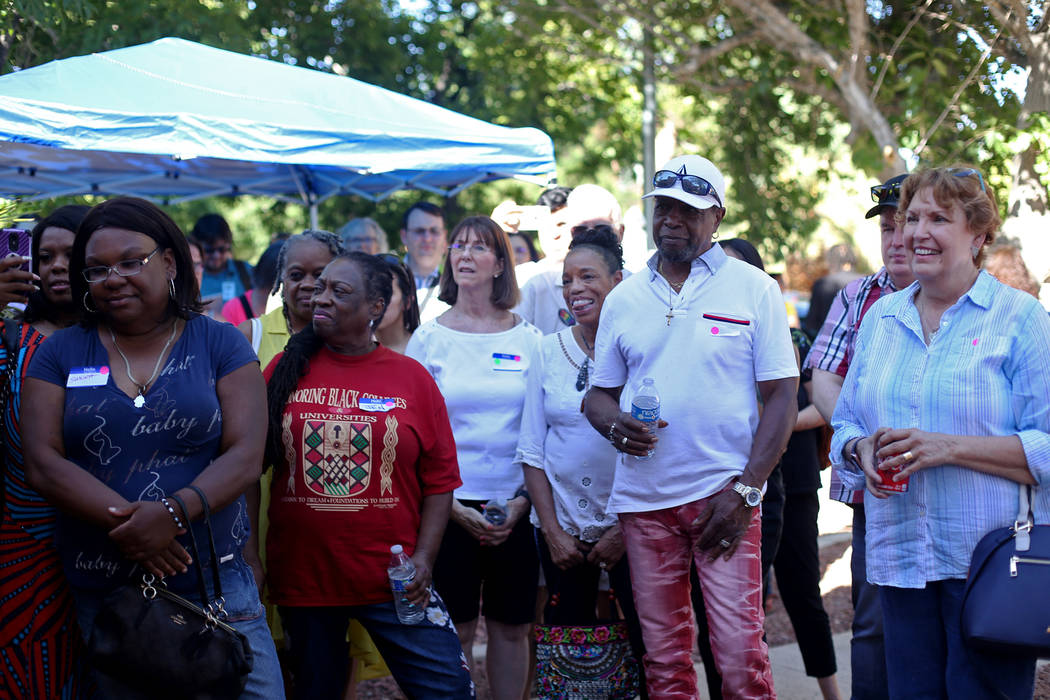 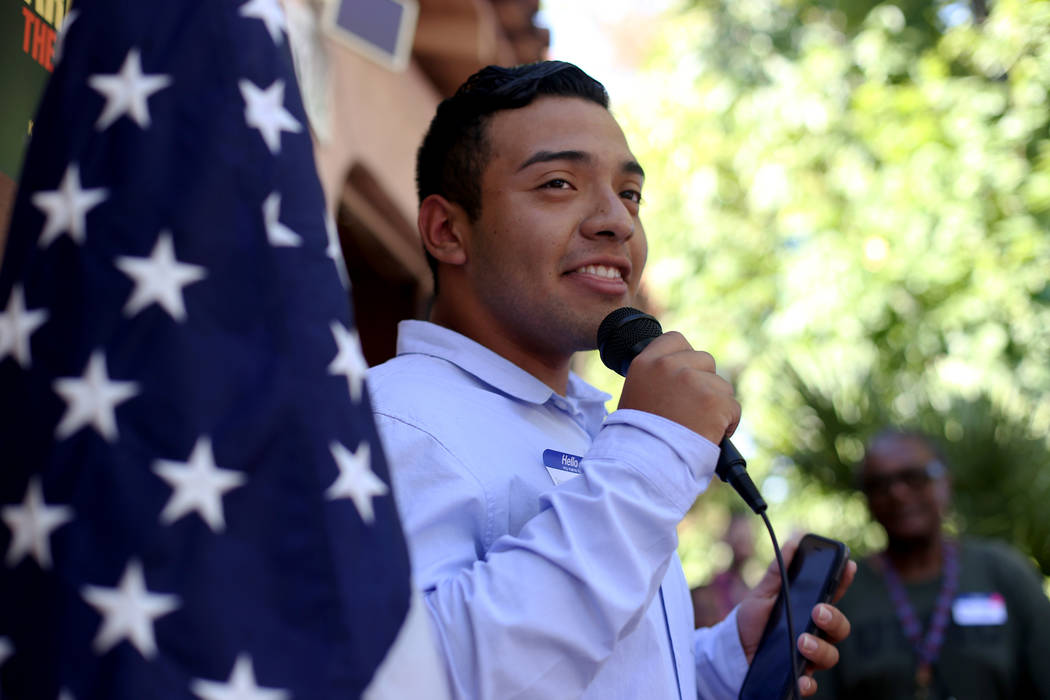 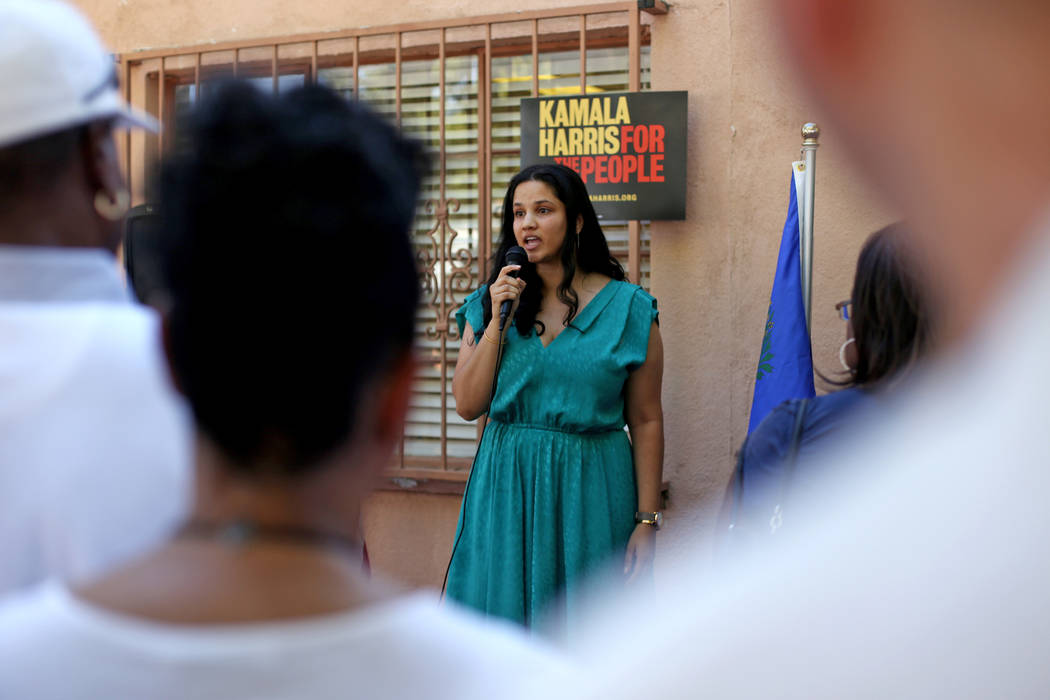 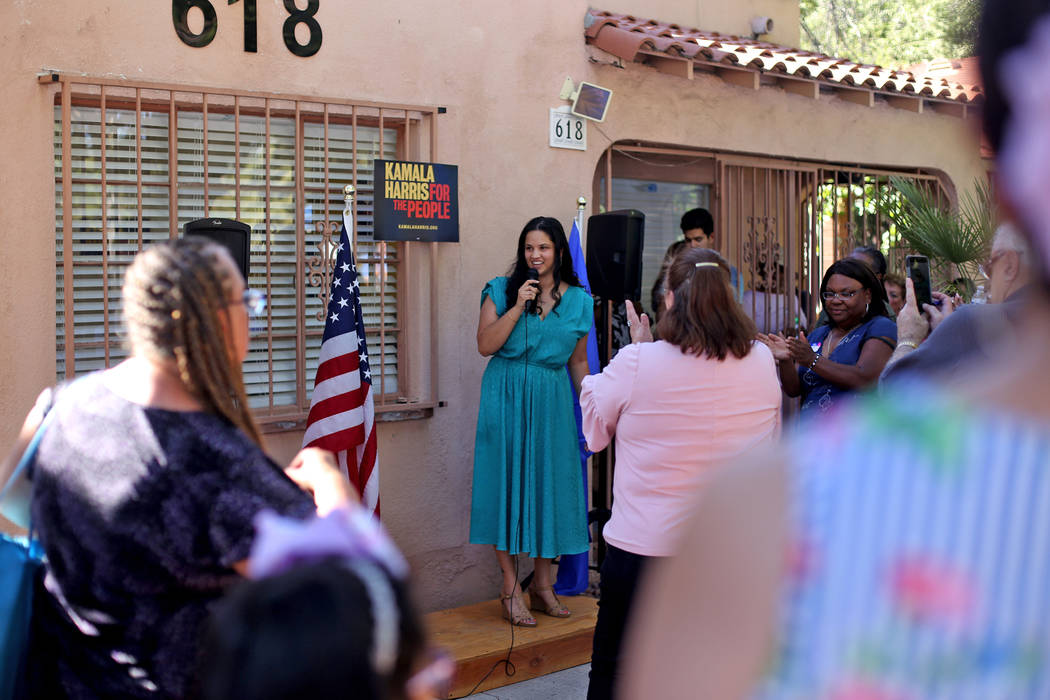 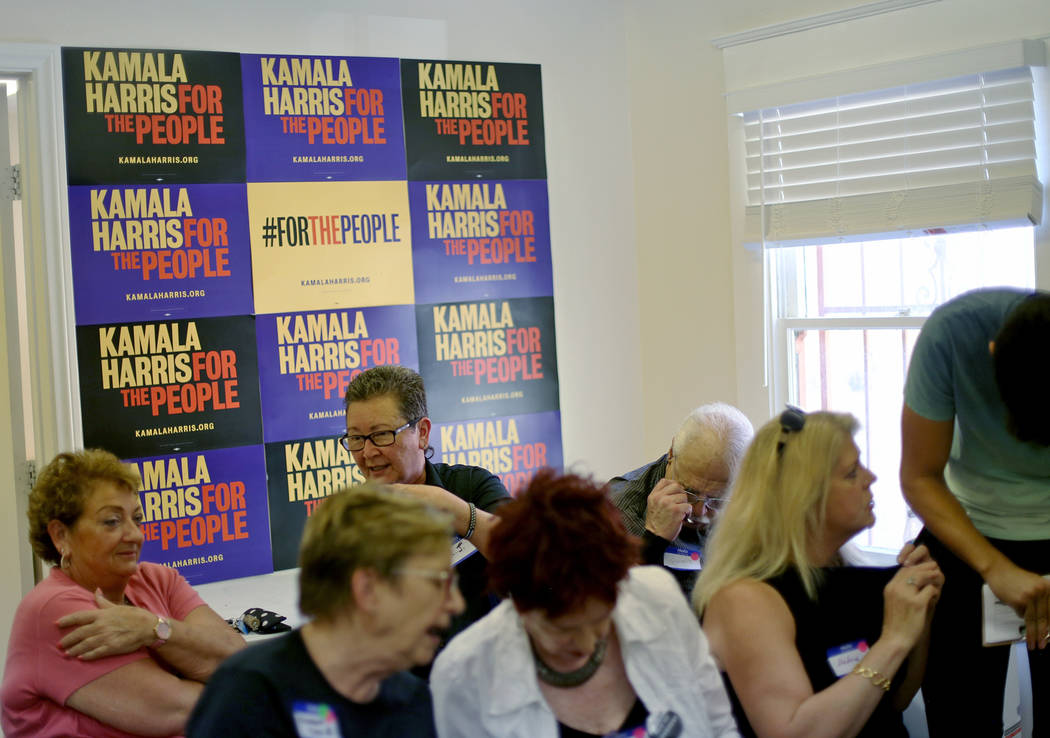 Campaign manager Juan Rodriguez and senior adviser Emmy Ruiz were among the few dozen people to fill the home-turned-office and spill out onto 7th Street, where the campaign provided tacos. In interviews with the Review-Journal, the two campaign leaders stressed the potential weight of Nevada during Harris’ quest for the Democratic nomination and possible battle against President Donald Trump.

“It’s incredibly important,” Rodriguez said. “I think that’s why we’ve been really judicious with our resources, but we knew we had to make investments early on to get a campaign office here and making sure we have a really diverse staff.”

Rodriguez said the campaign will look to capitalize on Harris’ early and frequent trips to Nevada. She was the first candidate to visit Northern Nevada, he added, and she’s already visited the state five times while on the trail. She also helped campaign for Sen. Jacky Rosen in 2018.

The staff hopes to make inroads in rural Nevada in the coming months.

“This is a delegate contest, and there are delegates in every corner of the state, no matter how rural or urban the county might be,” said Ruiz, who’s worked Nevada in each of the past three presidential election cycles.

Many of Harris’ core policies on immigration, criminal justice reform, health care and poverty will have their first true test with Nevada’s diverse electorate. A strong showing in the state could ripple through massive Super Tuesday states such as Texas and Harris’ native California, which will have begun early voting as Nevada’s caucus results are announced.

Harris also seeks to exploit her close proximity to Nevada, with Rodriguez noting that her campaign, unlike most others, can bus volunteers, organizers and staff in from California in a pinch.

The campaign is currently preparing for the second nationally televised debate later this month. Harris’ profile seemed to grow after what was widely viewed as a strong performance in the first debate, in which she landed a surprise blow on former Vice President Joe Biden, an early Democratic front-runner, on issues of race and desegregation.

Rodriguez said Harris is preparing for eight to 10 minutes of air time given the crowded field. Without knowing which nine of the 19 other candidates she will share the stage with, it’s difficult to plan. Once the groups are announced on Thursday, Rodriguez said the team will do its best to ready Harris and keep her momentum moving forward.