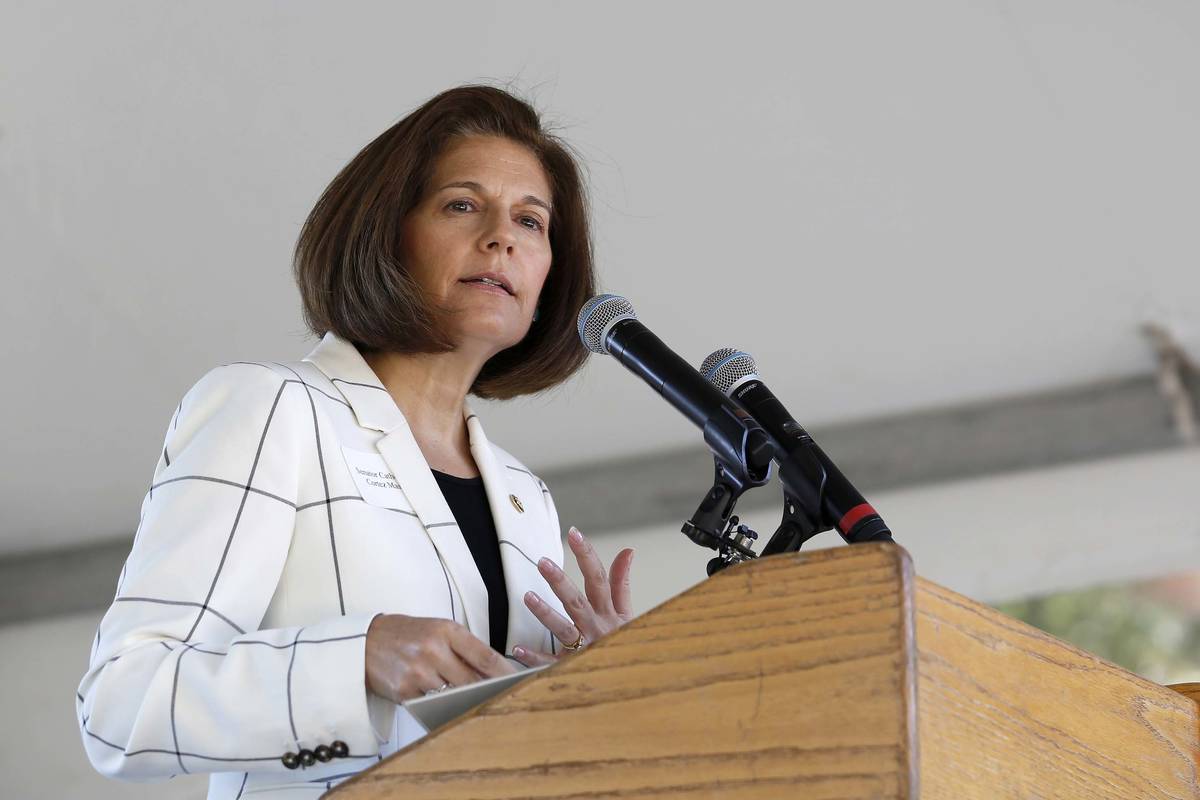 WASHINGTON — A sweeping lands bill that would provide protection for 2 million acres for recreation and conservation in exchange for offering public land for development in Clark County was promoted in the Senate, but still faces hurdles to become law, officials said Thursday.

The Southern Nevada Economic Development and Conservation Act and the Ruby Mountains Protection Act, which would prohibit oil and gas development, were two of 14 land bills examined by the Senate Energy and Natural Resources subcommittee on public lands on Wednesday.

Sen. Catherine Cortez Masto, D-Nev., chairwoman of the subcommittee, pushed her two Nevada land bills, which have bipartisan support from the state’s congressional delegation, local governments and tribes. The legislation, though, has divided environmental groups.

Cortez Masto said the Southern Nevada Economic Development and Conservation Act, which she filed in March, would protect more public lands while providing a plan to accommodate the 820,000 new residents projected by 2060 in Clark County.

“We need to make sure that as more people move to the region, we are able to grow in a way that prioritizes the conservation of our precious public lands while combating climate change and promoting affordable housing development,” Cortez Masto said.

But Kyle Roerink, executive director with the Great Basin Water Network, said the land bill “will invite hundreds of thousands of more people to the Las Vegas metropolitan area without identifying sustainable water supplies to serve future generations of residents.”

The bill calls for selling off 42,000 acres of public land for development.

Nada Culver, with the Bureau of Land Management, testified that the federal agency supports the Southern Nevada conservation and development plan.

Still, continued development in the Las Vegas area, one of the driest in the country, would require more water.

“We should be doing the work to shore up Southern Nevada’s water supply in a way that is equitable, affordable, and sustainable to meet future demand in the decades to come. There is no language in this measure that achieves those ends,” Roerink said in a statement following the hearing.

The Center for Biological Diversity claims the lands bill would encourage sprawl that would likely track Interstate 15 toward California. Officials have considered the area between Jean and Primm along I-15 south of Las Vegas for a new airport, should increased air traffic justify the move.

But Cortez Masto and other supporters say the bill provides the best opportunity for planned development and to prevent sprawl.

If the bill fails to pass, development would be unpredictable and land prices would spike, Marci Henson, director of the Clark County Department of Environment and Sustainability, testified.

Jocelyn Torres, senior field director at the Conservation Lands Foundation, told the panel about how critical this legislation would be to conservation advancements in the region.

“We see this bill as providing the balanced approach to addressing the economic and conservation needs of the area,” Torres said.

Torres also said her organization backed the Ruby Mountains Protection Act, which would prohibit oil and gas exploration and extraction from the area in Northern Nevada.

The bill would withdraw 450,000 acres of national forest land from oil and gas development.

Other lawmakers also spoke of lands bills in their states. The hearing allowed a first look at proposed legislation and provided government agencies an opportunity to discuss their position on the differing pieces of legislation.

Federal agency representatives are in support of the Nevada bills.

The legislation now goes to the full committee, and a potential markup of the bill with consideration of amendments that could alter the individual proposals.