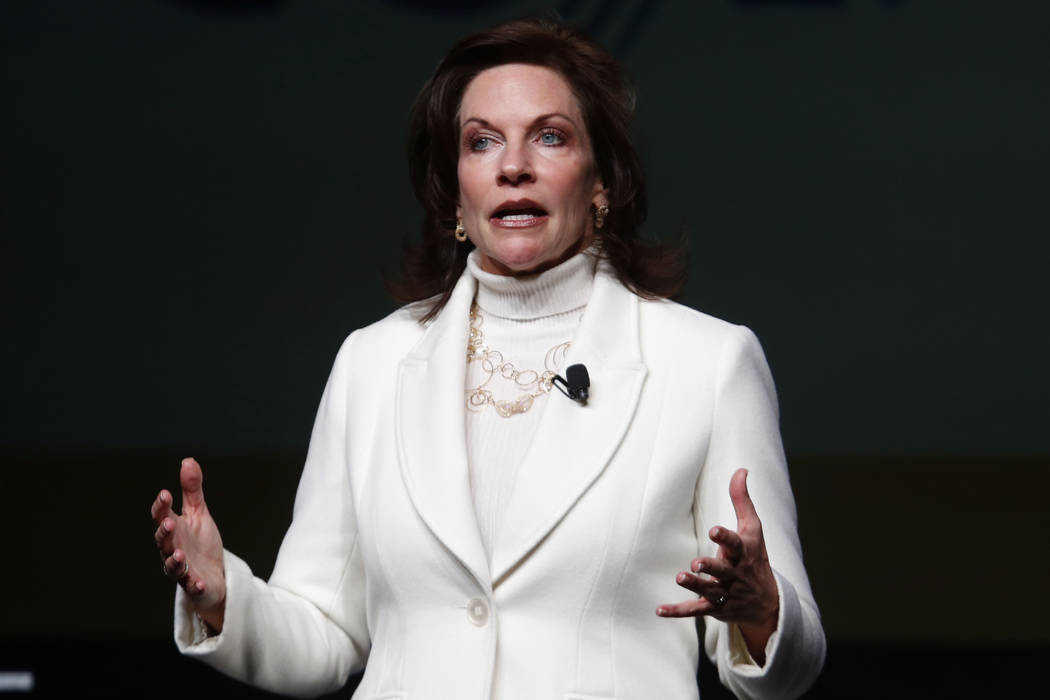 On the heels of a summit aimed at furthering construction of Interstate 11, the head of the Las Vegas Metro Chamber of Commerce is traveling to Washington D.C. to push for federal funding for the freeway.

Mary Beth Sewald, president and CEO of the Las Vegas chamber, will meet on Monday and Tuesday with Sen. Dean Heller, R-Nev., and representatives from the White House and U.S. Chamber of Commerce.

Specifically, Sewald said she wants I-11 to receive a chunk of President Donald Trump’s $1.5 billion infrastructure package, which calls for federal funds being leveraged with state and local dollars, along with private sector partnerships.

Construction is underway for the first 15-mile segment of I-11 from Henderson to Boulder City, set to open by the end of this year. On a larger scale, I-11 is envisioned as a cross-border trade route from the Mexico border to Canada.

Although the route could take decades to build, Sewald said the new freeway could also provide a much-needed direct link between Las Vegas and Phoenix — the only two cities with populations of more than 1 million people that are not linked by an interstate.

Finding funds to connect Las Vegas and Phoenix was the highlight of an “I-11 Summit” Sewald attended Wednesday with roughly 50 representatives from transportation agencies, government officials and others.

“Connecting two of the country’s most dynamic economies will have significant positive benefits to the entire Intermountain West, including a potential $24 billion economic benefit that would generate approximately 240,000 jobs,” Sewald said.