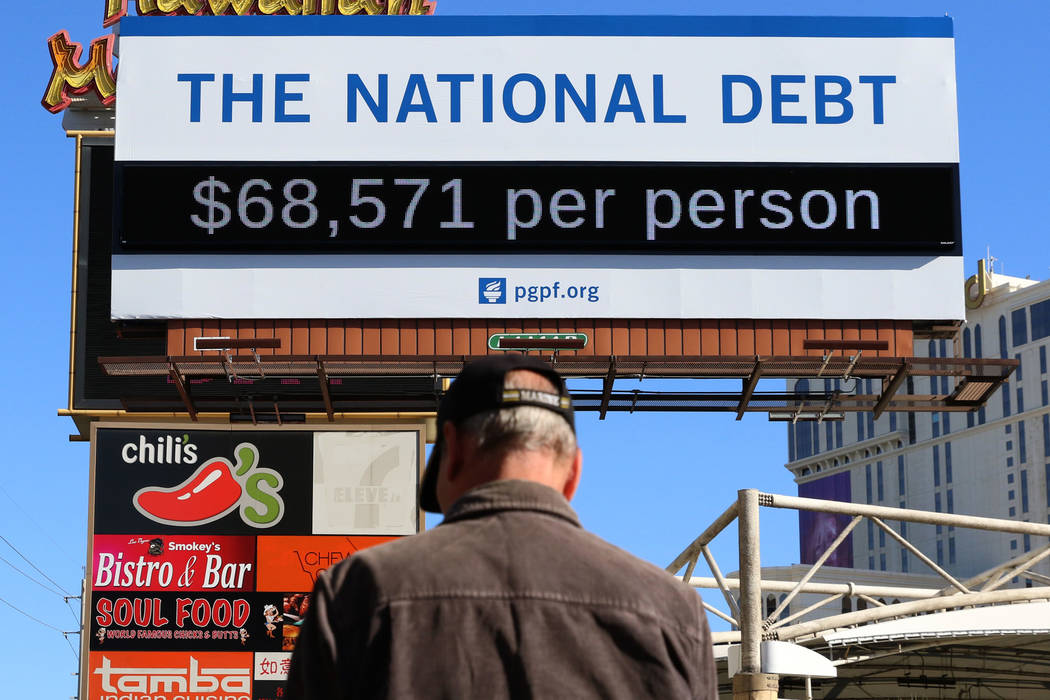 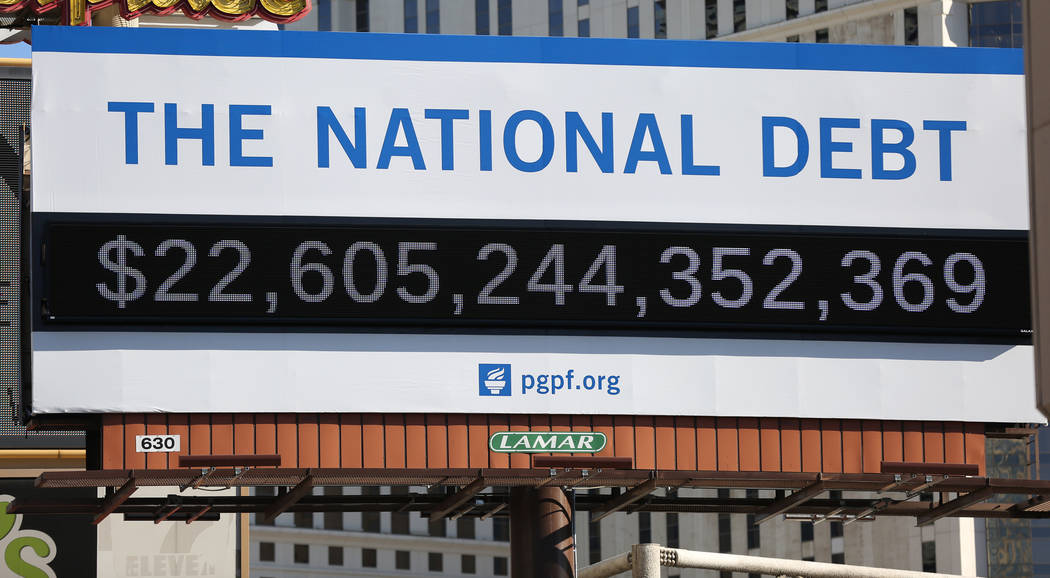 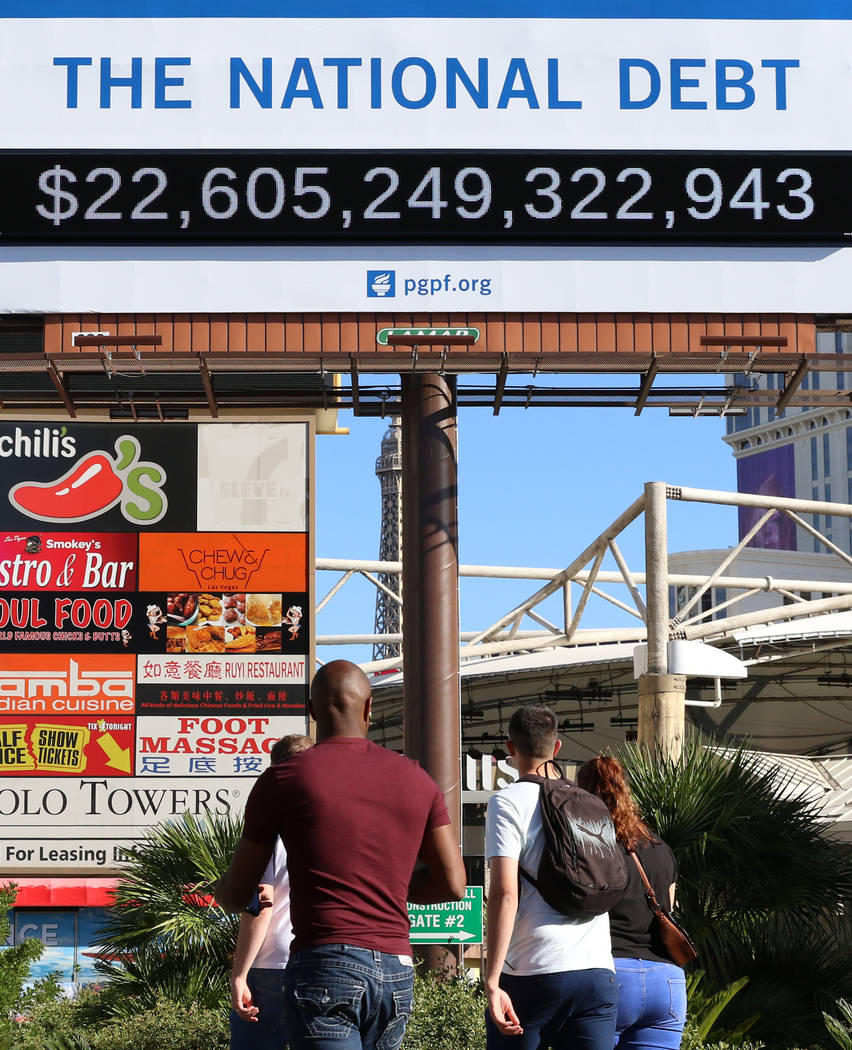 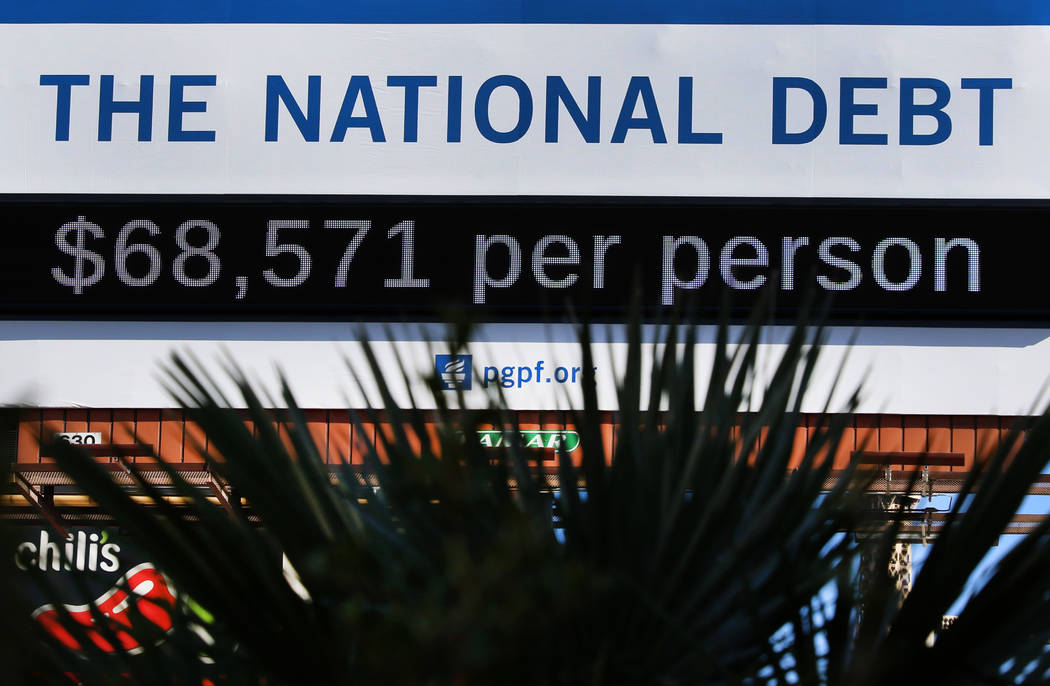 WASHINGTON — The fiscal hawk Peter G. Peterson Foundation purchased a debt-clock billboard on the Strip to advertise the bad news about the $22 trillion national debt and what it means to each American.

The billboard will update the nation’s IOU every 10 seconds.

“We feel it’s important to speak directly to Americans across the country, where they live, about this critical issue,” foundation CEO Michael A. Peterson told the Las Vegas Review-Journal. “This is an issue that needs to get solved within Washington, but we need Americans from all around the country to get involved.”

In order to bring home what the debt means to every American, the billboard also will show the amount of debt owed by every man, woman and child — $68,571 at one point Thursday — each minute.

The Peterson Foundation chose Las Vegas to host one of its first debt billboards — there will be several in cities across the nation — for two reasons. There are the 42 million visitors who flock to America’s Playground — which means lots of eyeballs from across America.

“In addition,” Peterson noted, “Nevada is a very important swing state that can play a key role in the next election conversation.”

As the third state on the 2020 presidential nominating calendar, Nevada could be pivotal in selecting the Democratic Party’s presidential candidate.

Also, President Donald Trump’s re-election campaign team maintains Trump can win the state, despite the fact that Democrat Hillary Clinton won in 2016 and Democrats took all but one statewide seat on the ballot in 2018.

As a candidate, Trump told the Washington Post he could get rid of the then-$19 trillion national debt in eight years. In office, however, he oversaw a hike in the national debt from nearly $20 trillion to more than $22 trillion this year.

The Tax Cuts and Jobs Act he signed is expected to add $1.5 trillion to the nation’s red ink over a decade, according to the Joint Committee on Taxation.

At a Peterson Foundation forum in June, White House acting chief of staff Mick Mulvaney confessed he did not think the administration could get the annual deficit below $1 trillion while Trump is in office.

It was a stark admission from a one-time member of the Freedom Caucus and supporter of a constitutional amendment requiring a balanced budget. It also was an honest moment about Republicans’ interest in fiscal discipline.

Debt reduction also has not been a priority for most candidates in the Democratic primary.

Moderators failed to ask a single question on the national debt or deficits in the June, July or September Democratic debates.

And major hopefuls have introduced climate change and health care packages that would add trillions to federal spending.

“I personally feel that anyone running for president should have a plan to address this problem,” said Peterson. “Our budget is a statement about our future and our values and our priorities. And trillion-dollar deficits growing every year as far as the eye can see is not a reflection of American values or a forward-looking nation that wants to lead the world.”

CARTOON: The infrastructure Biden needs to worry about