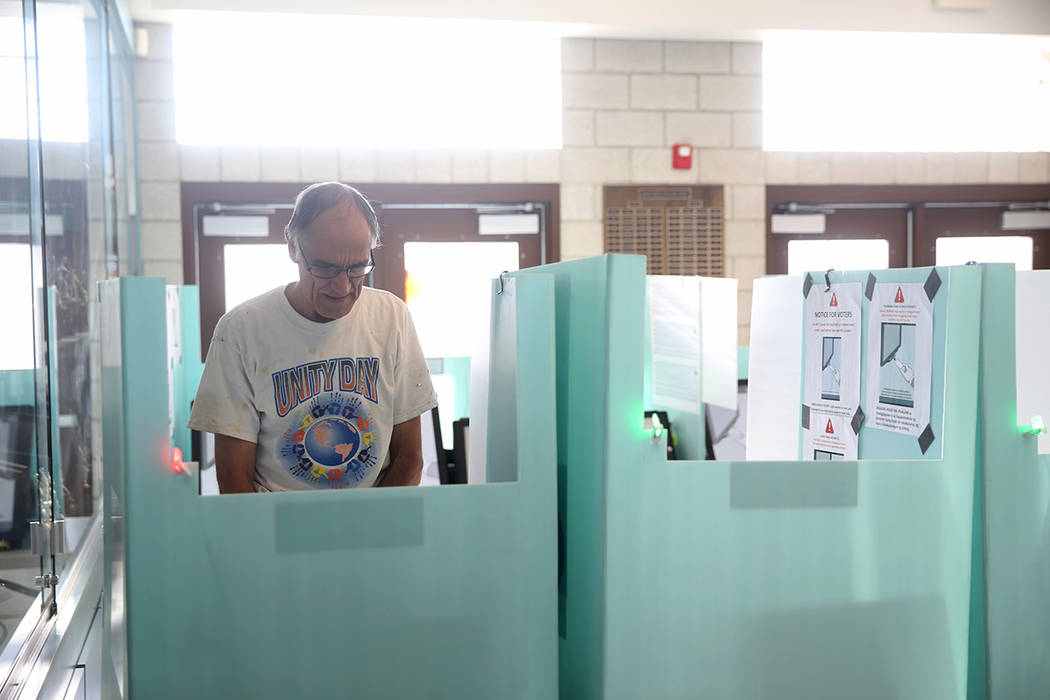 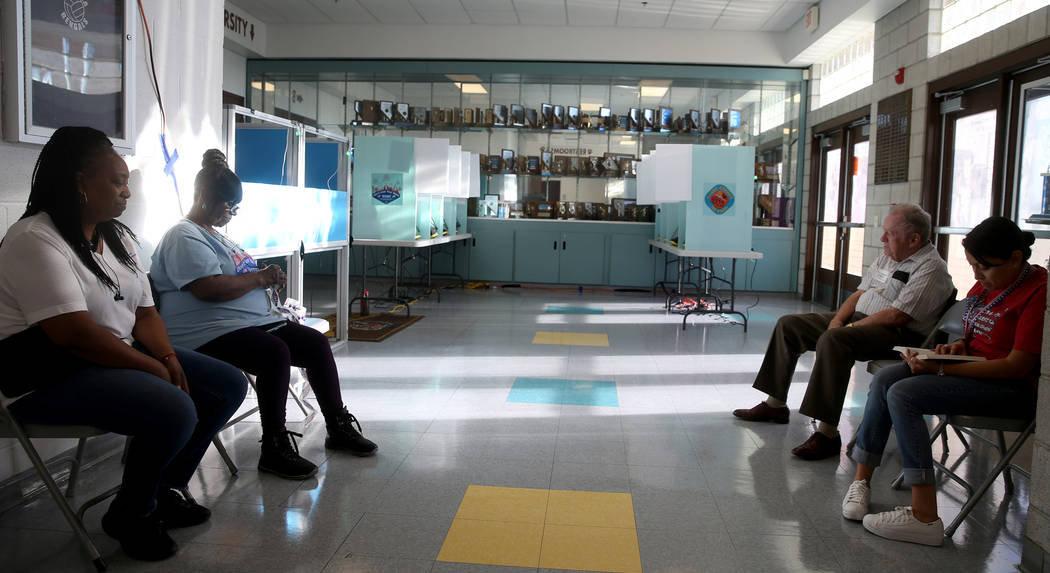 Just more than 10 percent of eligible voters cast a ballot in Las Vegas races during Tuesday’s general election, the third-worst showing in the city in the past two decades.

And for all races in Las Vegas, North Las Vegas and Boulder City on Tuesday, overall voter turnout hit 12.15 percent — good for seventh best of 11 municipal general elections held since 1999, according to a review of county election data.

But Tuesday’s low-turnout general election will be the last in Nevada. Under Assembly Bill 50, which was signed into law by Gov. Steve Sisolak on Wednesday, the odd-year municipal elections around the state will now be consolidated with even-year contests for president, Congress and state offices.

Low turnout, as well as cost to local taxpayers, were two of the main reasons behind AB50.

Tuesday’s paltry turnout underscores the challenge of getting voters to participate in elections during odd-numbered years, with no state or federal races driving them to the polls.

“I definitely think that is the key narrative about it,” said Emily Zamora, executive director of Silver State Voices, a progressive-leaning nonprofit that advocates for expanding civic access in Nevada.

Zamora said municipal elections often have more impact on the day-to-day lives of voters than do presidential races. Still, even-year general elections have much greater turnout in Nevada, with at least half of all eligible voters participating in, and even more during presidential cycles.

“Putting these elections in an even-year election actually brings more awareness … because people are attuned,” Zamora said. “They are paying attention more to what is going on.”

Doug Goodman, executive director of Nevadans for Election Reform, pointed to continued low-voter participation as clear evidence of why odd-year elections must be eradicated.

Beyond shifting elections, it would mean that primary and general elections are held later in the year — in June and November instead of April and June. And it would make campaign fundraising more transparent.

The Review-Journal reported in March that a 2017 bill requiring quarterly filing deadlines for campaign finance reporting assured that candidates in odd-numbered year elections did not have to report anything until mid-April, or after the primary election was held.

With the move, Las Vegas city officials also expect to save $500,000 in flat fees paid to the county during each election cycle, but county officials could not be reached Wednesday to confirm.

Questions were raised about the even-year shift, particularly whether city elections will be overlooked as down-ballot contests. During a May 8 hearing of the Senate Committee on Legislative Operations and Elections, the argument was addressed by Wayne Thorley, deputy of secretary of state for elections. (His office proposed the bill.)

Thorley said the fear was unsupported by data. Others countered suggestions that voters would be overloaded by more candidates, noting how election cycles seemingly never stop in Nevada, with even-year elections in November followed quickly by odd-year contests the following April.

Getting elected to the council typically requires just a sliver of overall voter support.

“Las Vegas is the most powerful city in the state and why is somebody being elected to represent that city with only 2,000 votes?” Zamora said. “That doesn’t make sense.”

None of the three city council winners needed more than 3,000 votes to claim victory. In Ward 3, former Assemblywoman Olivia Diaz was elected with just more than 1,300 votes.

But even candidates have lamented the difficulty in voter engagement. Speaking to KNPR-FM 88.9 on Wednesday, Diaz said, unprovoked, that odd-numbered year races were “tough.”

“Folks are on vacation with their kids, and I think that voting goes by the wayside when you want to have fun in the summer and get away from Vegas,” she said.