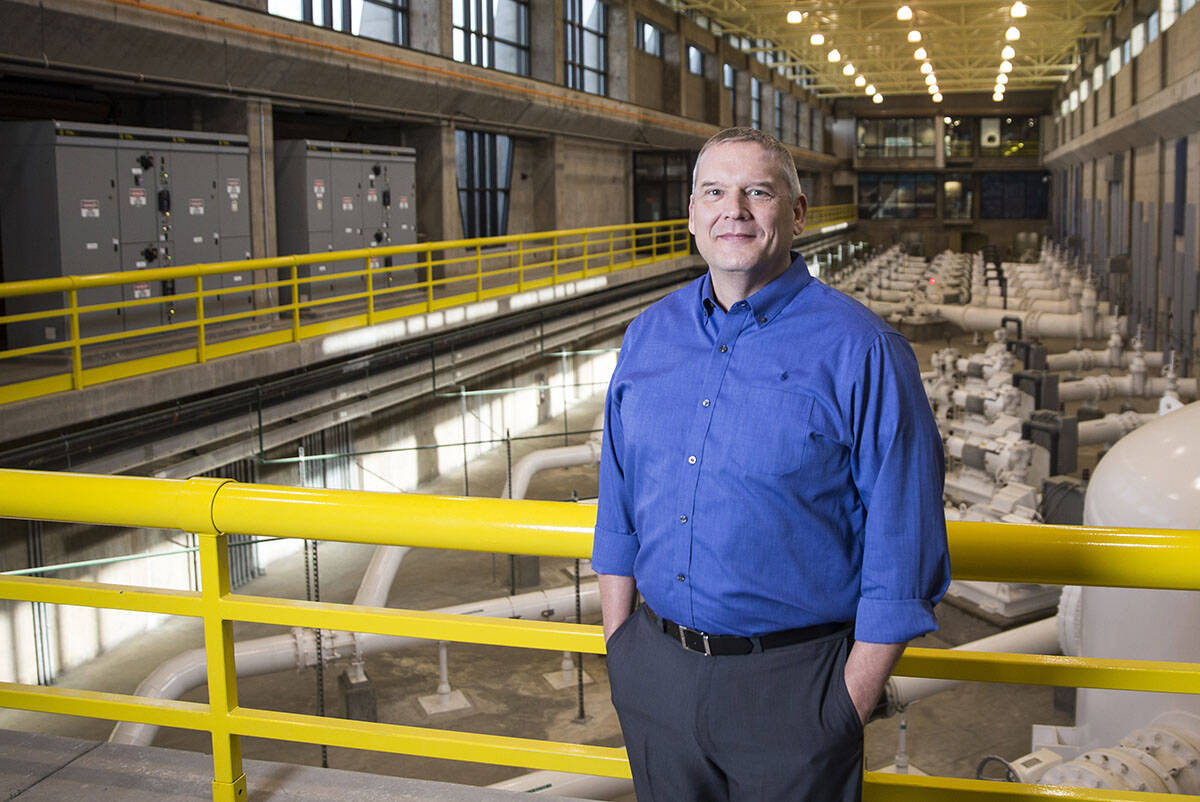 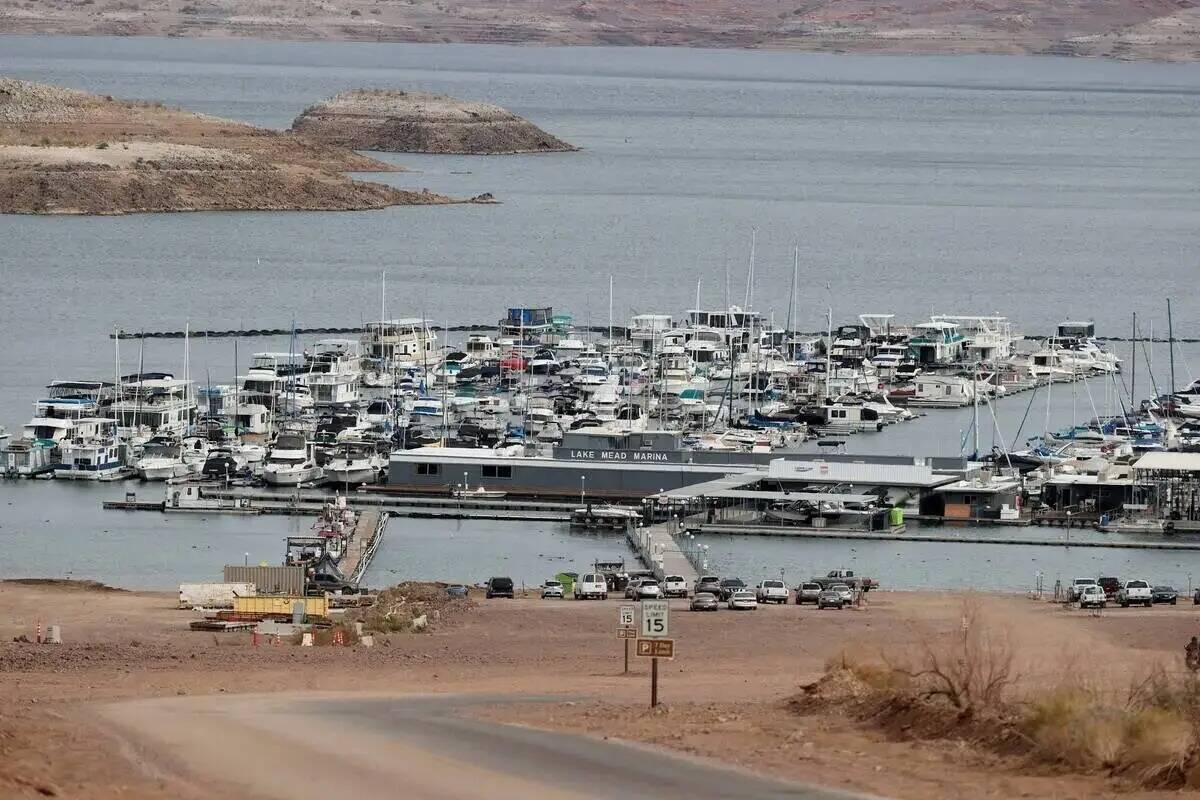 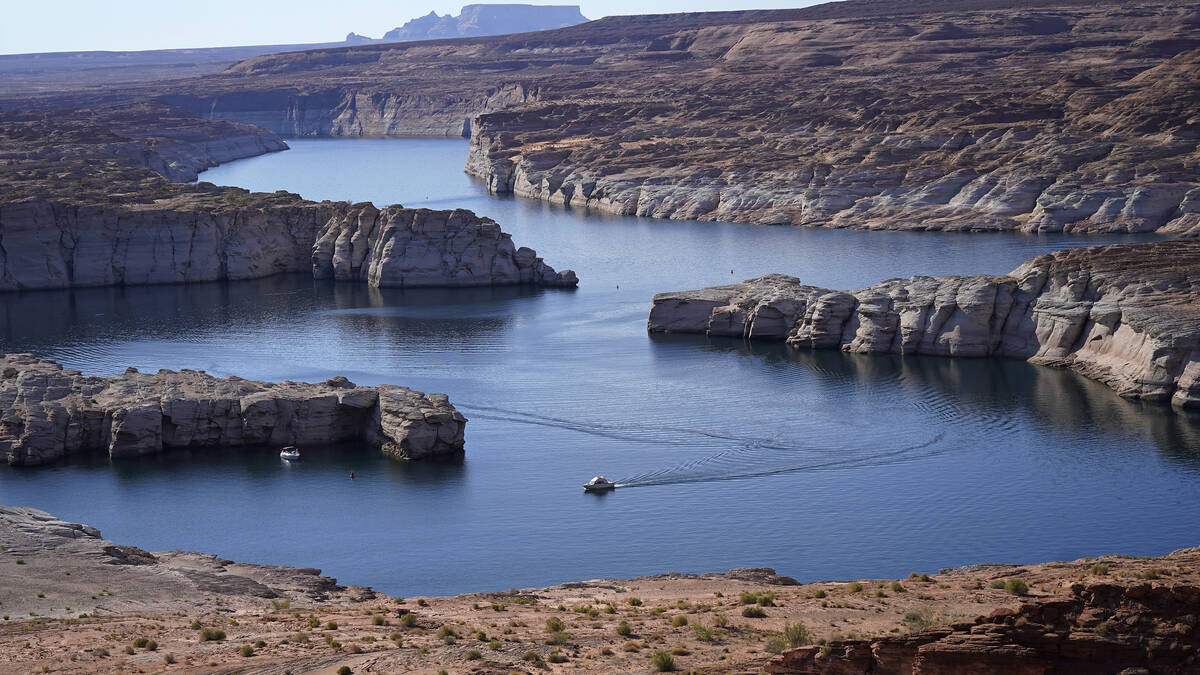 Southern Nevada’s water boss is calling on other Colorado River basin states to “do the math and face reality” as they work toward finding a way to stabilize the dwindling river that supplies water to 40 million people in the Southwest.

Speaking during a panel at the annual Colorado River Water Users Association in Las Vegas on Thursday, Southern Nevada Water Authority General Manager John Entsminger said California and Arizona are going to have to shoulder the brunt of the unprecedented cuts the federal government says are needed next year in order to keep the Lake Mead and Lake Powell from crashing to points that would put hydropower and water delivery operations at risk — a possibility that is far closer than previously thought.

In June, the Bureau of Reclamation tasked the states that rely on the Colorado River for water to cut overall use by as much as 4 million acre feet next year, or about 30 percent of the recent annual flows for the drought-stricken river.

But how to divvy up those cuts to meet that goal has been the dividing issue over the last several months as the states have tried but failed to come up with a consensus solution.

Since 2000, California and Arizona have accounted for nearly 70 percent of the overall water consumed annually along the Colorado River, with the majority of that water going toward agriculture irrigation.

Without any plan from the states in place, the federal government has started to move forward with a plan to augment prior drought contingency plans, and one of the options it is exploring is unilaterally mandating cuts to states’ water uses in order to protect critical water elevations at the Colorado River’s two major reservoirs.

Forecasting from the Bureau of Reclamation that assumes continued dry conditions across the basin show that Lake Powell could fall far enough to jeopardize hydropower production by as early as next summer, while Lake Mead could hit that same point by spring of 2025.

A recent analysis by the Southern Nevada Water Authority showed that roughly 1.5 million acre feet is lost along the Colorado River system each year to evaporation and in transit as water flows downstream, losses that at this point are mostly unaccounted for in the allocation of water rights among among the seven states and Mexico that pull from the river.

Tom Buschatzke, director of the Arizona Department of Water Resources, said that water lost to evaporation and other system losses do need to be accounted for moving forward, but said the “single biggest” roadblock to stabilizing the river is the priority system itself, where the oldest water rights are first in line.

Buschatzke noted Arizona and California had recently met their goal under the so-called “500+ plan,” an initiative announced at last year’s water conference to buoy Lake Mead’s elevation by about 16 feet over two years by leaving 500,000 acre-feet in the reservoir that would normally flow downstream.

But in the face of a cratering system, that success feels like a drop in a large bucket, as Buschatzke noted that the states now need to come up with at least four times that savings in an even shorter time frame.

Entsminger was speaking on a panel with water manager peers from the other basin states, including Buschatzke, and said that they would all need to go beyond their usual bullet points if they are going to come up with any sort of substantive plan to save the river.

“I can look at all six of my colleagues up here and dozens of people across this room and I can give your well-worn talking points,” he said. “It’s time to set them aside and get real.”