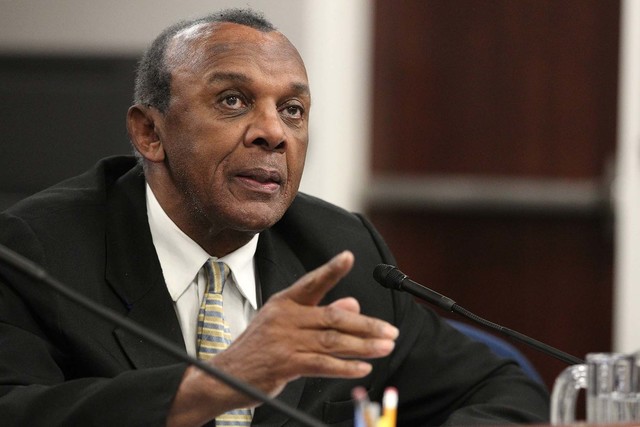 Munford, a Democrat, told the Review-Journal he hopes to represent Ward 5, which will be available because Councilman Ricki Barlow is term-limited.

“My people tell me, ‘Harvey you’ve got to get out there,’ ” Munford said.

Munford, 77, was in the state Assembly from 2005 to 2015. He said he will focus on representing the historic Westside area through economic development and job creation.

He came to Las Vegas in 1966 and was a teacher in the Clark County School District for 36 years.

Munford joins Cedric Crear in the council race that won’t be decided for over a year and a half. Crear, a Las Vegas Planning Commissioner and a member of the Nevada Board of Regents, announced his plans in July.

In the spring of 2019, the odd-numbered Las Vegas city wards and the mayor are up for re-election. Barlow and Ward 1 Councilwoman Lois Tarkanian will reach their three-term limits, while Mayor Carolyn Goodman and Ward 3 Councilman Bob Coffin are eligible to run for re-election.