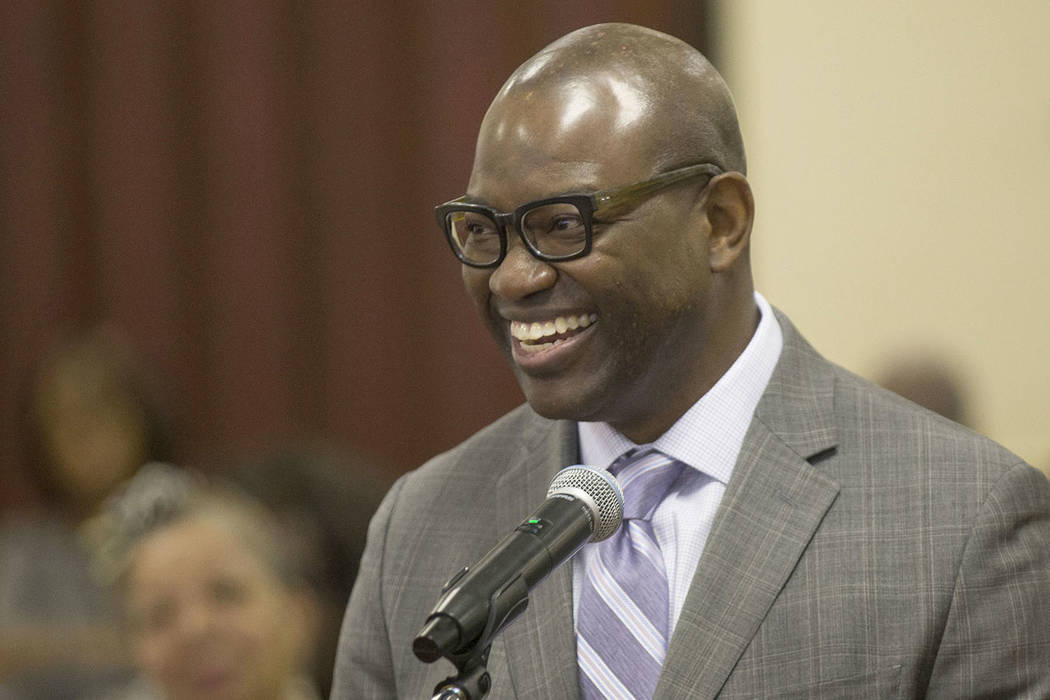 The Southern Nevada Regional Housing Authority Board of Directors Thursday approved installing the ShotSpotter technology at public and affordable housing properties owned by the authority.

ShotSpotter, a technology made up of a network of audio sensors, could be installed at five to six properties by as early as next month, according to Greg Green, a representative with the company.

Those properties were not immediately identified. Confusion between ShotSpotter and the authority over which properties were actually owned by the agency must first be sorted out, authority Executive Director Chad Williams said.

The board-approved policy will also allow the technology to be installed at the authority’s administrative buildings.

Officials said the program would be implemented and maintained without cost to the authority except for approximately $2 per unit annually in power.

Williams said the system has proven to be an effective tool in reducing gun violence, apprehending violent offenders and saving lives of gunshot victims.

The sensors are activated by loud sounds that resemble gunshots. An acoustic expert at ShotSpotter headquarters in Newark, California, determines if the detection is legitimate. If so, the expert alerts the Metropolitan Police Department with critical details about the shots: time, number and location.

Clark County Commissioner Lawrence Weekly, a housing authority board member, said the program can overcome unwritten rules of “no snitching” in communities. He also acknowledged that positive results had reversed his initial perception that the program might be government overreach.

“But what I found is that what’s helpful with this project is that we find a lot of stolen guns, find a lot of guns that are in the hands of the wrong people where it could be a major catastrophe in a lot of our neighborhoods,” he said.

It was announced earlier this month that the program would be expanded in the Las Vegas Valley following a 2017 pilot program where Metro officials say there was a stark reduction of violent crime in tested areas. It will soon cover more than 23 square miles of the valley, including eight of 11 persistent “hot spots” of violent crime.

County officials say they have secured funding for three years to expand the program, which is also bankrolled by Metro’s annual budget and the Friends of LVMPD Foundation.