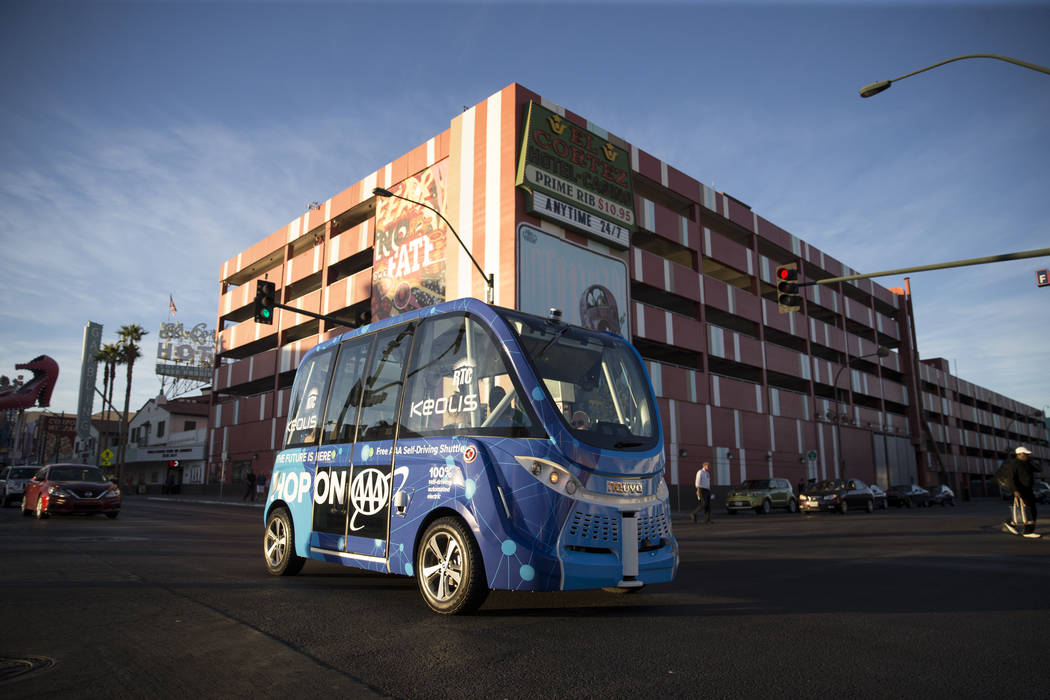 Cisco has donated more than $3.8 million worth of equipment and professional services to the city of Las Vegas for transportation initiatives expected to support self-driving vehicle technology and improve roadway safety.

The technology, networking and cyber-security giant gave more than $2.8 million in equipment and contributed nearly $1 million worth of professional services to the Mayor’s Fund for Las Vegas LIFE, the city’s philanthropic arm, according to a spokesperson for the fund.

According to the announcement Friday, the city will use networking equipment donated by Cisco at up to 25 intersections for advanced analytics and connectivity. The equipment will produce data to support connected and autonomous vehicle technologies and to measure and manage the flow of vehicles and pedestrians.

Mayor Carolyn Goodman said in a statement that the city was “grateful” to Cisco for assisting Las Vegas in boosting its transportation infrastructure.

“Connected, electric and autonomous vehicles will become commonplace in the U.S. in just a few years, and the transformation required is being validated through efforts like this,” said Jackie Phillips, Cisco’s director of U.S. Public Sector Sales, in a statement.

Over the past few years, Las Vegas has been testing autonomous vehicles in its downtown Innovation District, including an autonomous shuttle program that ferried more than 30,000 passengers around the Fremont East District from November 2017 to October 2018.

Established in September 2018, the Mayor’s Fund for Las Vegas LIFE serves as the city’s primary investment vehicle for donors in exchange for charitable contribution tax breaks. The single donation by Cisco, through its Country Digital Acceleration Program, surpasses the $3.5 million in contributions that city officials reported the fund had collected in its entire first year.