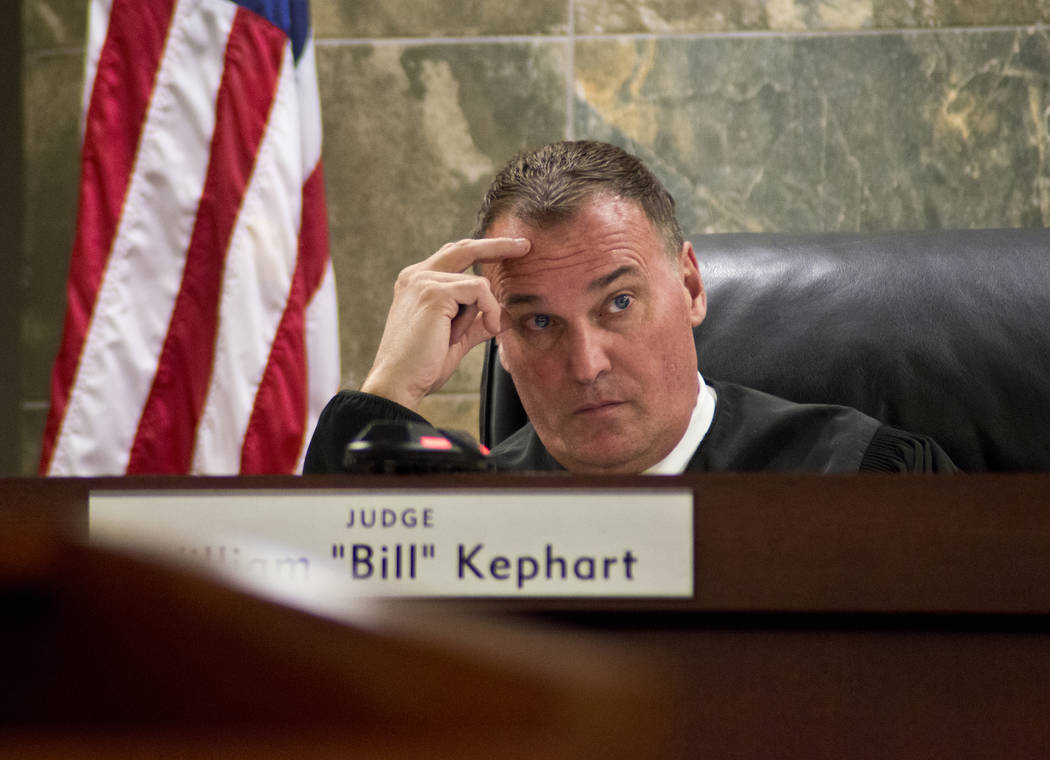 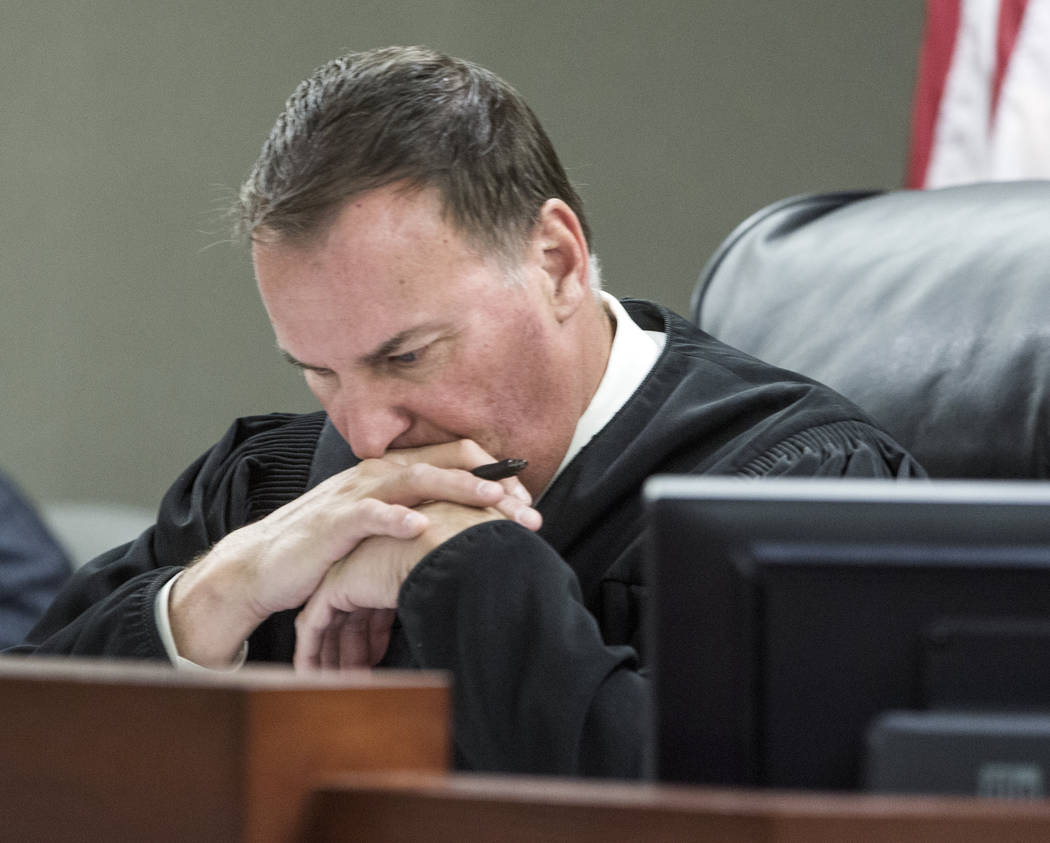 District Judge William Kephart has been accused of violating professional ethics codes by giving an on-camera interview last year about a case that was pending before the Nevada Supreme Court.

The case was that of Kirstin Lobato, who in 2006 was convicted of killing and cutting off the penis of Duran Bailey, a 44-year-old homeless man.

Lobato, who is serving a lengthy prison sentence for the brutal 2001 killing, has been fighting for years to overturn her conviction. She has drawn support from state and national criminal justice advocates who say new forensic testing that was unavailable a decade ago could prove her innocence.

Kephart, who previously worked for the Clark County district attorney’s office, prosecuted Lobato’s case twice — in 2002 and again in 2006, after the state Supreme Court ordered a new trial. In February 2016, he agreed to an interview with KSNV-TV, Channel 3, a local NBC affiliate. At the time, Lobato’s appeal of her second conviction was pending before the state Supreme Court.

“I stand behind what we did. I have no qualms about what happened and how we prosecuted this matter. I believe it was completely justice done,” Kephart said in the interview, which was conducted in his judicial chambers in Las Vegas.

State disciplinary investigators filed ethics charges against Kephart this month, accusing him of violating professional ethics rules that require judges to “act at all times in a manner that promotes confidence in the independence, integrity, and impartiality of the judiciary.”

Brian Hutchins, a prosecuting officer for the state Commission on Judicial Discipline, wrote in a May 9 filing that Kephart’s “television interview statements attested to his belief that Ms. Lobato is guilty as he indicated that justice was done, although these comments directly contrast with Ms. Lobato’s claim of actual innocence, which is a subject in the case.”

“Therefore, there was or is a reasonable expectation that (Kephart’s) interview statements could affect the outcome or impair the fairness of Ms. Lobato’s case,” Hutchins wrote in the formal statement of charges.

Kephart responded to the charges in a filing last week and denied violating ethics rules.

In the response, attorney William Terry, who is representing the judge, urged the commission to consider mitigating circumstances, like Kephart’s clean disciplinary record as a judge. He said Kephart had participated in “interim rehabilitation by taking classes” and that he had “no dishonest and selfish motive.”

The next step in the disciplinary process is a public hearing, which has not been scheduled. In 2016, Kephart received a taxpayer-funded salary of $159,000.

In November, the state Supreme Court ordered a new evidentiary hearing on several of the claims Lobato raised in her appeal. Lawyers for Lobato also have asked the district attorney’s newly formed conviction review unit to take another look at her case.