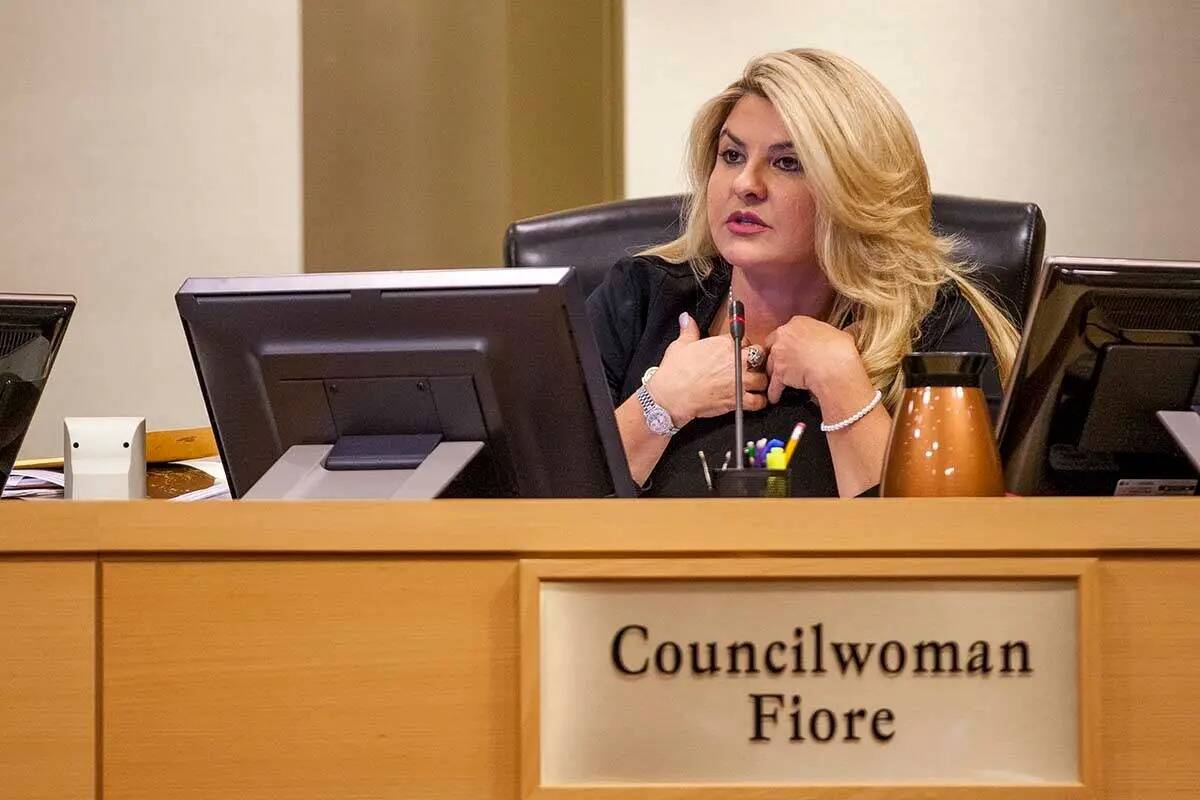 The city of Las Vegas does not plan to “rescind or reconsider” former Councilwoman Michele Fiore’s final City Council votes, according to City Attorney Bryan Scott.

Scott was responding Monday to Ward 6 residents formerly represented by Fiore, who had raised questions about the former councilwoman’s residency at the time of a Nov. 16 City Council meeting, her last after a failed run for state treasurer.

Fiore that day was the deciding vote on a contentious agenda item in which she voted to approve the land-use entitlements for a Green Valley Grocery location in the northwest valley.

While city’s planning commission had green lit the project, it had received backlash during a lengthy public comment section. Fiore was part of a 4-3 council majority to approve the store.

But the city’s charter says in Section 2.020(3) that council members automatically forfeit their position if they move out of the jurisdiction.

When Fiore was appointed to the Pahrump Justice Court bench in late December, she told Nye County commissioners that she had rented a home there on Nov. 15, a day before her final city council meeting.

Responding to the Las Vegas residents’ complaint, Sigal Chattah — the losing Republican attorney general candidate last election — said that Fiore had simply signed a check to rent her Pahrump home that day, but didn’t actually move in to her new home until Nov. 17.

Scott cited Chattah’s timeline in his response to the Ward 6 residents, noting that he did not “have any independent information to the contrary,” according to the email obtained by the Review-Journal.

Scott added that he had spoken to Nevada’s deputy secretary of state, as well as Mayor Carolyn Goodman and City Manager Jorge Cervantes.

In a separate complaint, another candidate for the Pahrump judge position who lost out to Fiore alleged she did not meet a 30-day residency requirement while seeking the appointment.

But Nye County said Friday that the month-long requirement did not apply to Fiore because she was appointed, not elected.

“There is no legal authority that supports this conclusion. The only requirement is that the appointee must be eligible to vote when he or she is appointed to a township office,” the county wrote about William Hockstedler’s complaint.

Fiore, who is stepping down as the state’s national Republican committeewoman, has been a controversial figure in Nevada politics, from her tenure in the Nevada Assembly to her involvement in two separate standoffs with federal authorities involving members of the Bundy ranching family. A well-known Second Amendment advocate who once posed in a calendar depicting her posting with various firearms, Fiore told Nye County commissioners she would not ban guns in her courtroom and would carry one herself while on the job. Her bid for justice of the peace was endorsed by former President Donald Trump. 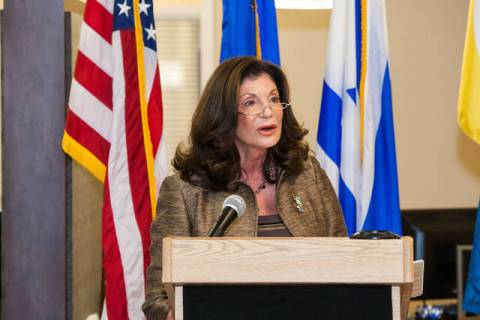 Former U.S. Rep. Shelley Berkley, D-Nev., wants to be the next mayor of Las Vegas.