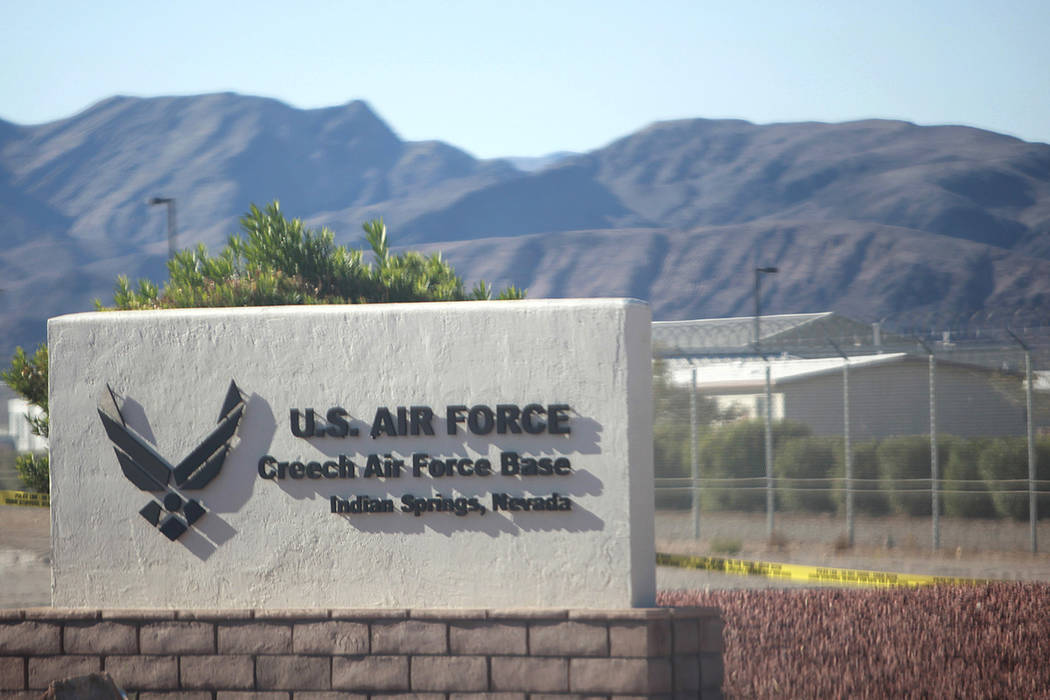 A proposed master-planned community on federal land in the northwestern corner of Las Vegas could prove particularly useful to one demographic: military personnel and their families.

“If there is one thing that every airman needs, it’s a safe community, a community designed for military members in northwest Las Vegas,” said Air Force Col. Brian Snyder, who leads operations at Creech Air Force Base. “This will significantly benefit the lives of thousands of airmen and their families.”

The planned development on 1,092 acres of federally owned land is expected to have a subdivision that will act as off-base housing for Creech and Nellis Air Force Base personnel, city officials say.

“This is an opportunity for us to help them solve a very important housing need that they have,” said Tom Perrigo, the city’s executive director of Community Development, earlier this month.

City officials said they were working with the Air Force to determine how best to meet their personnel needs.

On Wednesday, the City Council unanimously voted to enter into negotiations with Olympia Companies, one of two finalists who pitched the city two weeks ago to develop the newest major mixed-use project in Las Vegas. Olympia is the group behind the Skye Canyon master-planned community, which sits to the south of the new project site.

Before outlining her reasons for narrowly favoring Olympia over finalist American Nevada, Councilwoman Michele Fiore cast the project in weighty terms: “This decision will be historical.”

But not because off-base housing.

Located north of Moccasin Road, between Paiute reservation lands and the Tule Springs Fossil Beds National Monument, the project site is on property managed by the Bureau of Land Management within a so-called disposal boundary. The boundary, established by Nevada legislation in 1998, allows for the sale of federal land for private development. City officials said only they were working with the BLM on a disposal process.

Fiore, who represents the district where the project is proposed, suggested the BLM had “never worked closer” with anyone than it has with Perrigo.

“If we do this right, we will be a model for the nation,” she said.

Perrigo said the city has vowed to be environmentally conscious with the development by ensuring it is sensitive and protective of the Paiute community, native plant species, habitats and the paleontological resources in the Upper Las Vegas Wash directly to the east of the project.

The council adopted its vision plan for the wash two years ago, which spurred the master-planned development in front of it Wednesday. It is ultimately expected to incorporate housing — including affordable homes — and commercial components, with open space corridors and trails.

The council will have to approve any development agreement reached between the city and Olympia during the talks.