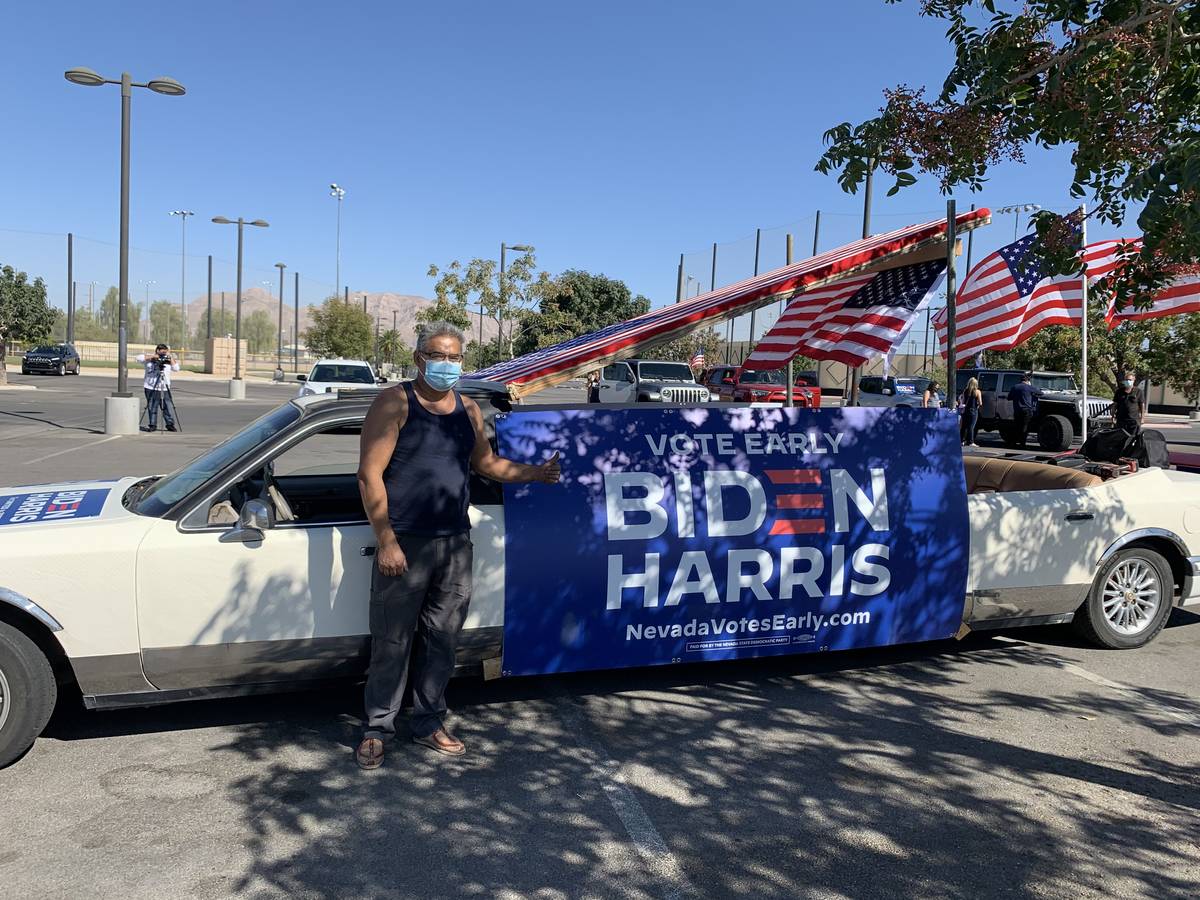 Eddie Ramos poses in front of his old limousine, which he covered in posters and American flags for a Latinos for Biden parade on Sunday afternoon. (Alexis Ford/Review-Journal) 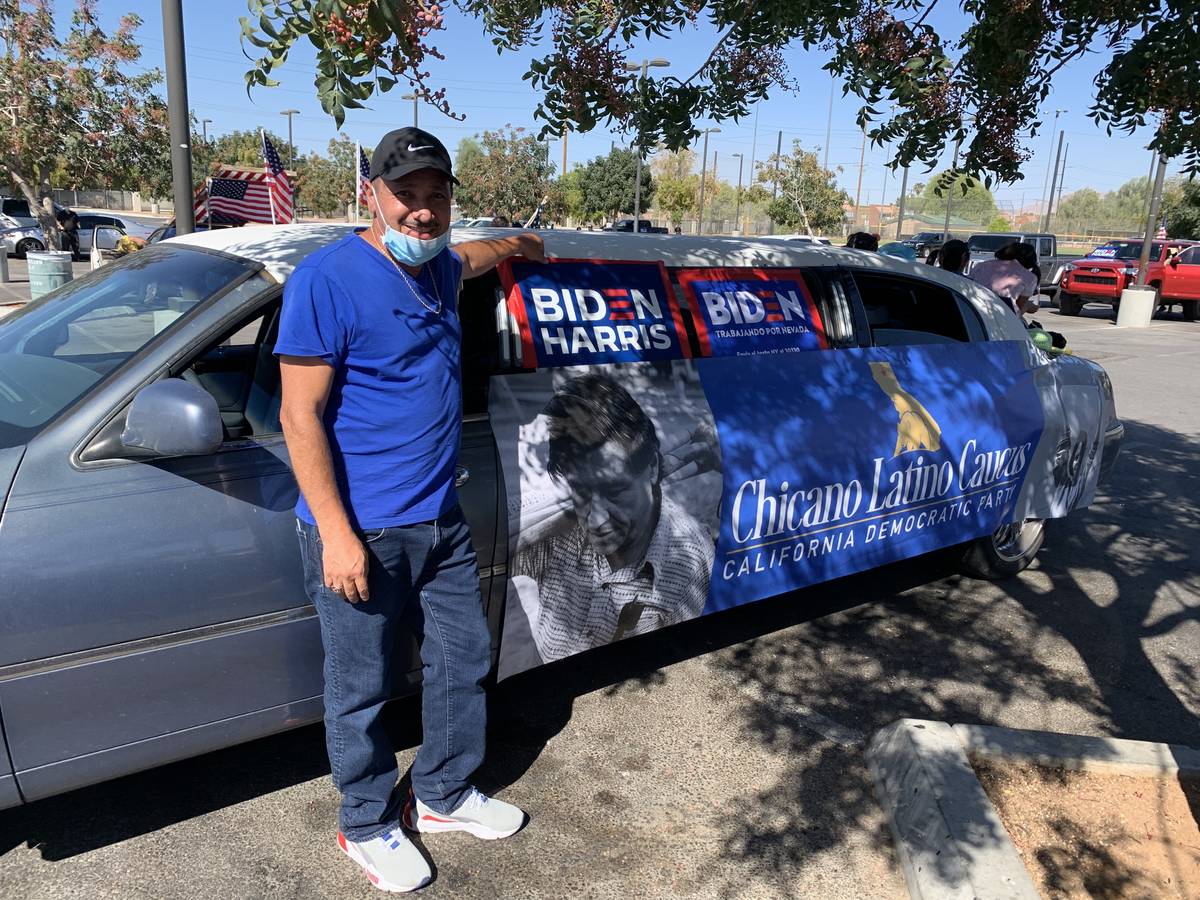 Arnulfo Diaz, vice president of the California Democratic Party's Chicano Latino Caucus, drove down from Sacramento to participate in the caravan. (Alexis Ford/Review-Journal)

Las Vegas resident Eddie Ramos decorated his old limousine with American flags and large signs supporting Biden and his vice presidential nominee, Sen. Kamala Harris of California. He said he thinks it’s essential that people get out and vote for “a better president.”

“I have nothing against (President Donald Trump),” Ramos said. “I just don’t think he’s the right person to lead this country, as a human being.”

Ramos said his goal was to let the president, who hosted a Latinos for Trump roundtable at Treasure Island on Sunday, know that “not all Latinos are with him.”

Arnulfo Diaz, vice president of the California Democratic Party’s Chicano Latino Caucus, drove from Sacramento for the parade. He said Biden earned his support when he spoke out in favor of the Deferred Action for Childhood Arrivals program.

“I just think Trump likes to act like all immigrants are delinquents, but my daughter is a Dreamer and she graduated from UCLA with a political science degree,” Diaz said. “We need a president who supports unity and wants to help Dreamers become residents, and that’s Joe Biden.”

The caravan has arrived in front of Trump International Hotel, where they’re honking and turning around back to Las Vegas Boulevard. Everything has been peaceful thus far. pic.twitter.com/DQ52KW3ufn

The roughly 20-car caravan drove down Las Vegas Boulevard to Trump International Hotel, where they honked their horns, waved their signs and played patriotic music before heading home peacefully.