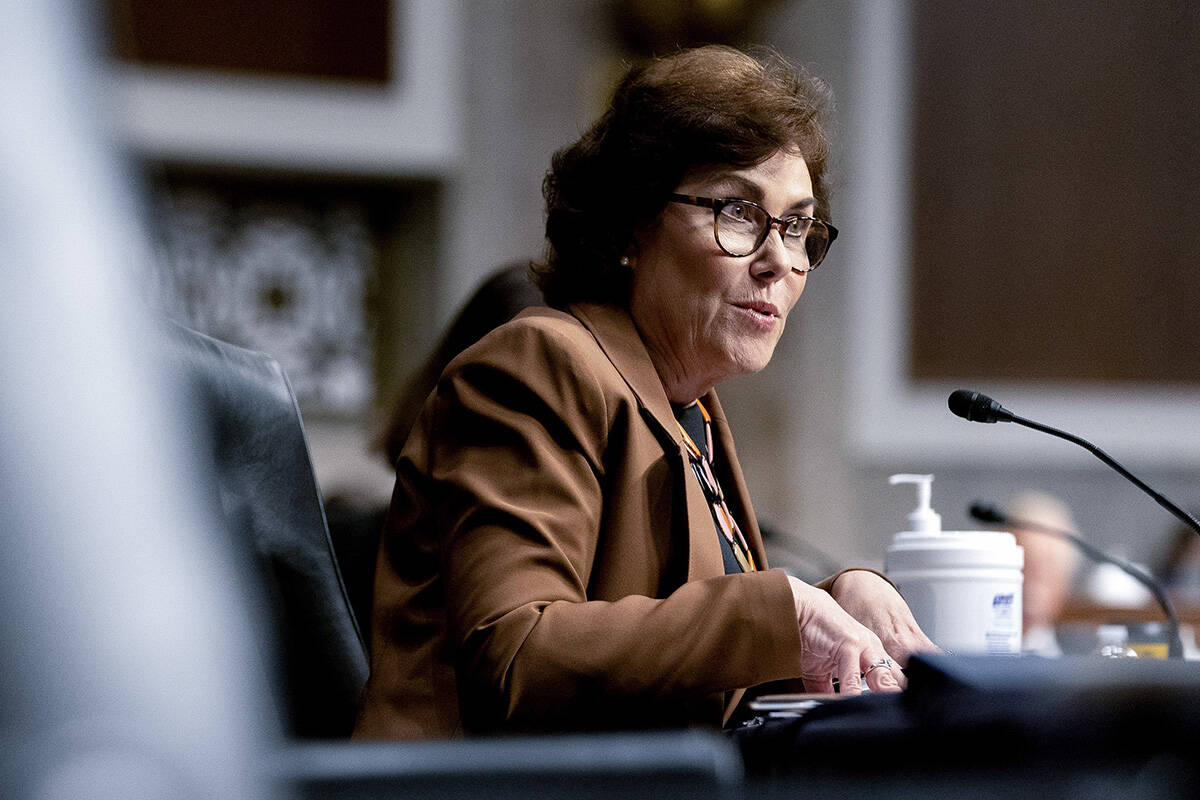 WASHINGTON — A sweeping $768 billion defense bill that includes funding for weapons, housing and programs at Nevada installations — as well as a 2.7 percent pay hike for members of the military — was approved by the Senate on Wednesday.

The bill was hammered out by key lawmakers on House and Senate committees to reach agreement on disputed issues, including the elimination of a provision that would have required women to register for the military draft.

But Democrats and Republicans were able to agree on major changes in the process of how each service branch investigates and prosecutes cases of sexual harassment, assault and rape.

The Senate voted 88-11 to approve the bill. The House passed the bill earlier. It now goes to the White House for the president’s signature.

Both Nevada senators voted for the National Defense Authorization Act for fiscal year 2022, which began Oct. 1. The measure contains millions in spending for military installations in the state.

“This year’s bipartisan bill accomplishes so much to support Nevada service members and defense installations, while addressing pressing threats to our national security,” said Sen. Jacky Rosen, D-Nev., a member of the Senate Armed Services Committee.

Rosen was instrumental in tucking provisions into the bill that require public disclosure of tests for toxic chemicals around installations. Her language was prompted by groundwater contamination confirmed by the Air Force at the Nellis and Creech installations near Las Vegas.

She also tucked into the bill measures to strengthen cybersecurity capabilities and coordination with Israel, and to increase employment opportunities for reservists.

A provision to enhance the National Guard’s authority to fight wildfires was included in the bill by Sen. Catherine Cortez Masto, D-Nev.

A member of the House Armed Services Committee, Rep. Steven Horsford, D-Nev., whose congressional district includes most of the state’s military installations, inserted social programs for military personnel and families, with a focus on those from minority and under-served communities.

Rep. Dina Titus, D-Nev., included language to bolster training and recruitment of personnel for military purchases, as well as protections and enhancement of opportunity for those with disabilities.

A provision in the earlier House version of the bill that would allow military courts to issue confiscation orders of guns from military personnel was stripped from the bill at the request by Rep. Mark Amodei, R-Nev., who said such authority would violate Second Amendment rights of servicemen and women.

Rep. Susie Lee, D-Nev., touted changes in the bill to bring justice to victims of sexual assault in the military.

Every member of the Nevada congressional delegation praised the 2.7-percent pay hike, which upon the president’s signing would go into effect early next year.

There were 11,942 active-duty personnel in Nevada in fiscal year 2021, according to the Department of Defense. The pay raise would also include the thousands of reservists in the state.

Other spending in the bill that would benefit Nevada would authorize $500 million in improvements at Army Depots nationally, including the Hawthorne Depot; $80 million for four MQ-9 Reaper drones at Creech and $135 million for the security site, which stores and maintains nuclear weapons.

An additional $61 million would go toward environmental cleanup at the site.

Horsford said that in addition to Reaper drones, the total for the program, which includes modernization, research, testing and evaluation, would total $160 million at Creech.

Money was also included to build barracks and provide housing assistance for junior airmen at bases, which could include Nellis.