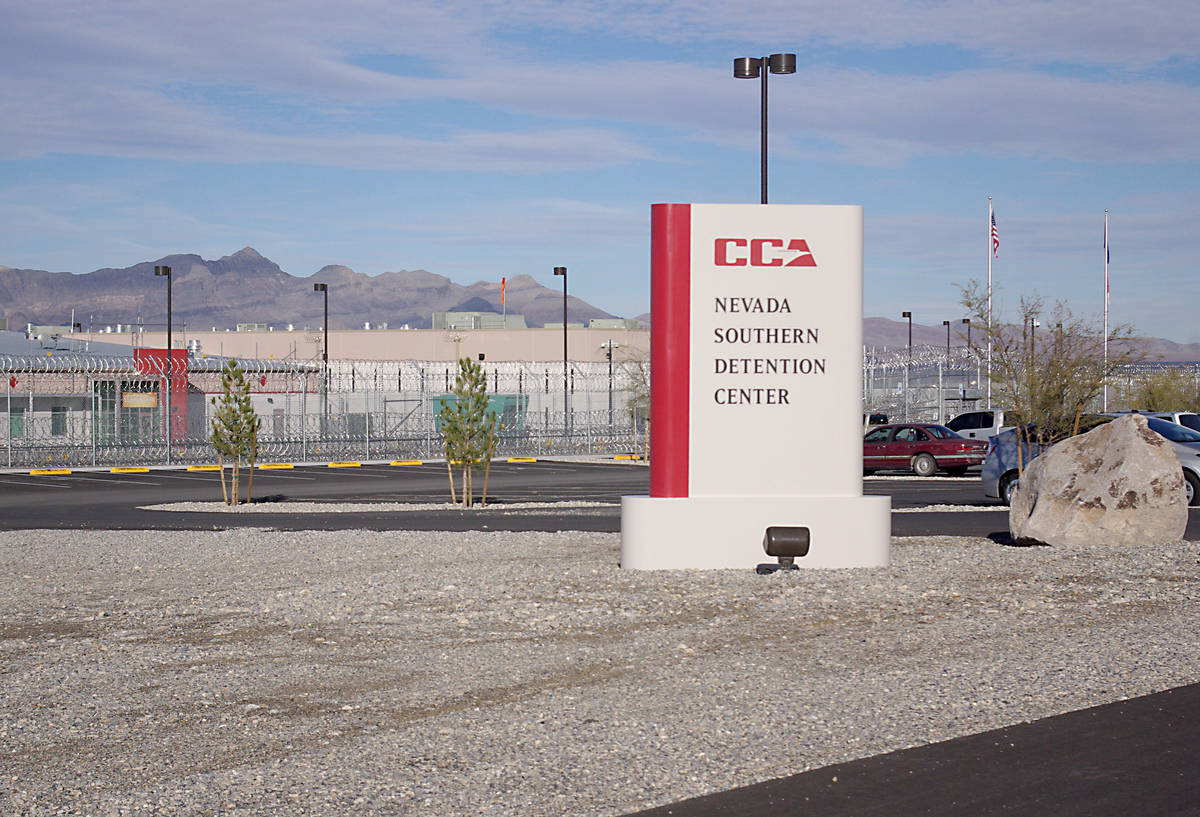 Three Congress members visited a private detention center in Pahrump on Thursday to inspect the treatment of U.S. Immigration and Customs Enforcement detainees amid the coronavirus pandemic.

“Even before the pandemic, I was deeply concerned that ICE and CoreCivic were not taking the health and safety of detainees and employees seriously,” Cortez Masto said, according to a news release Thursday.

There have been 10 coronavirus cases among ICE detainees at the CoreCivic facility, and three people are currently under isolation or monitoring, according to data posted on the ICE website, last updated Thursday. No one in ICE custody at the prison has died.

In a statement released Friday, CoreCivic spokesman Ryan Gustin said the facility is cleaned regularly and has been operating well below the designed occupancy limits to prevent spread of the coronavirus.

“Since even before any confirmed cases of COVID-19 in our facilities, including Nevada Southern Detention Center, we have rigorously followed the guidance of local, state and federal health authorities, as well as our government partners,” Gustin said.

CoreCivic declined to release the number of inmates now in the detention center, citing “security concerns,” but it said the facility is designed to hold 1,070 people.

The company also declined to answer questions regarding testing or the total number of inmates who have tested positive for the virus. It directed questions to ICE, the U.S. Marshals Service and the Federal Bureau of Prisons.

“The health and safety of the individuals entrusted to our care and our staff is the top priority for CoreCivic,” Gustin said in the statement. “This commitment is shared by our government partners, and we have worked closely together with them and state health officials to respond to this unprecedented situation appropriately, thoroughly and with care for the well-being of those entrusted to us and our communities.”

In July, nearly 70 percent of Nevada inmates held at another CoreCivic facility in Arizona tested positive for the coronavirus, according to the Nevada Department of Corrections.

Cortez Masto said in the Thursday news release that the visit to the Pahrump detention center left her “with more questions and underscored how broken our immigration system is.”

Castro said in the statement that outbreaks of the disease could seriously affect federal facilities.

“Since the start of the pandemic, the Congressional Hispanic Caucus warned that outbreaks of coronavirus in ICE facilities were not only likely, but unfortunately would be deadly,” he said.

While CoreCivic has had 10 ICE detainees test positive for the virus in Pahrump, 37 people in the federal agency’s custody have tested positive at the Nye County Detention Center.

The worst of the outbreak at the jail was in July, during which at least 32 ICE detainees, or 78 percent of total cases at the jail, tested positive for the virus. As of Friday, there were no positive cases among inmates currently at the jail, according to Nye County Sheriff’s Office Capt. David Boruchowitz and ICE data.

As of Friday, there have been 70,712 cases of the virus reported in Nevada, 431 of which have been in Pahrump, according to Nye County and the state Department of Health and Human Services.

A previous version of this story incorrectly attributed a quote from Rep. Joaquin Castro.