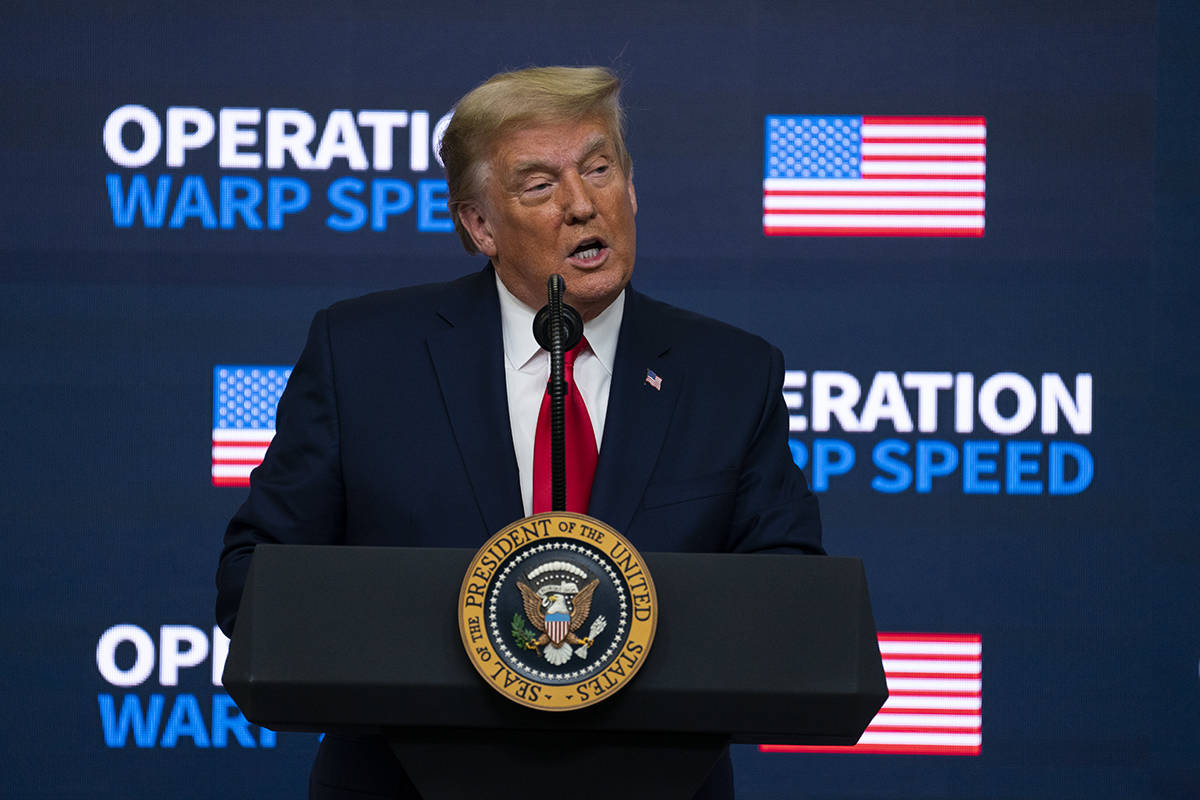 Six justices voted unanimously, with the seventh having recused herself on Monday, to reject the appeal request on behalf of Trump’s proposed electors. They issued their order just after 10 p.m. following a 36-hour flurry of legal briefs from Democrats and Republicans.

“To prevail on this appeal, appellants must demonstrate error of law, findings of fact not supported by substantial evidence or an abuse of discretion in the admission or rejection of evidence by the district court,” the order read. “We are not convinced they have done so.”

The justices went on to say they specifically asked Trump’s campaign to cite examples of these three requirements in the lower court’s decision, but the Republicans’ response to that order failed to do so.

The Nevada Republican Party expressed its “extreme disappointment” in the ruling on Tuesday night, accusing both courts of “rushing” their decisions.

“We were not afforded an opportunity to write our brief or argue the case in front of the Supreme Court,” the party’s statement read. “Full denial of legitimate due process and appellate rights is truly unprecedented, shocking and extraordinary. “

On Friday, Carson City District Court Judge James Russell ruled against the Trump campaign’s election challenge, saying it lacked evidence that would rise to any standard of law.

From Monday afternoon until Tuesday night, attorneys for both sides criticized one another’s arguments in a series of court-ordered written responses.

The Republicans had asked for an expedited hearing schedule this week to lay out arguments.

In a brief filed Tuesday evening, the campaign asked not just for a dismissal of the lower court’s case, but a new order declaring Trump the winner of Nevada’s presidential election and awarding the plaintiffs positions in the Electoral College.

The Electoral College will meet Monday to formally vote on the next president, but Trump’s campaign maintained that only Jan. 6 — the date Congress is scheduled to certify that vote — is a meaningful deadline for its thus-far-unsuccessful appeals in several battleground states.

Attorneys for Biden’s electors stuck with their original message in their response to the Republicans’ request, asking the court to immediately affirm the lower court’s decision due to the Trump campaign’s rejected claims and out of concern from Nevada voters over the continued uncertainty surrounding an election that’s already been decided and certified.

Arguments go into the night

After receiving a full copy of the initial case, the justices asked the Trump campaign to cite specific sections of the District Court case it disagreed with by 7 p.m. Tuesday. It also permitted Democrats to file a response.

The Republicans protested the quick timetable in their brief, expressing concern over having to present their appeal of a case some 2,500 pages in length in just a matter of hours.

Their response asked the Supreme Court to specifically consider whether the district court incorrectly ruled on just about every aspect of their case, taking issue with Judge Russell’s view of the evidence, decision not to weigh supposed expert testimony and reading of state election law.

Trump’s campaign also challenged Russell’s ruling that Clark County’s use of a machine to verify signatures on mail ballots was acceptable — a claim heavily litigated in Nevada courts over the last six weeks, with every judge ruling against the campaign.

The Democrats summarily defended Russell’s decision, claiming Trump’s campaign did not meet any standard of evidence — let alone the clear and convincing standard they said is used in election contests. They argued the Republicans have been given their time in court but failed to provide any proof, as shown in the lower court’s ruling.

Biden campaign attorneys also claimed the Republicans’ claim fails to identify any actual legal errors by Russell, which are required grounds for an appeal.

The justices agreed with the Democrats on both counts, adding that Russell “thoroughly addressed the grounds asserted in the statement of contest filed by appellants and considered the evidence offered by appellants even when that evidence did not meet the requirement under Nevada law for expert testimony.”

Earlier on Tuesday, Justice Elissa Cadish recused herself from the appeal, saying she had a personal relationship with several of the Biden electors.

Hardesty filed his own motion in response, saying his comment was “an appropriately courteous and professional response and in no way reflects any predisposition or opinion by me concerning the facts or issues raised in this case.”

The court denied the campaign’s request.